Things We Saw Today: Auli’i Cravalho Was Almost Too Busy with Honors Biology to Audition for Moana 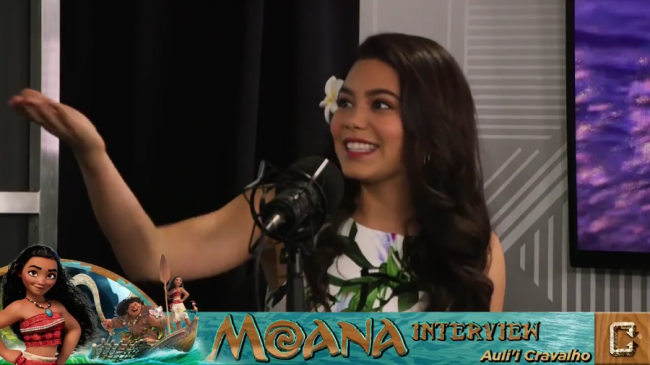 Collider recently shared a post-Oscars interview with Moana star Auli’i Cravalho, during which she consistently confirmed her status as a real-life Disney princess. As part of the interview, Cravalho described her audition process for Moana–and revealed that she initially didn’t try out, because she was too busy with science! “I was a freshman,” she said, “I was in honors biology, and I had no time for anything else but microbes.” However, after the casting director for Disney saw Cravalho in an unrelated group audition for a nonprofit, she reached out and asked her to audition. “I’m just thanking my lucky stars I said yes,” said Cravalho.

In the interview, Cravalho also talked about the importance of Polynesian representation, what it was like collaborating with The Rock and Lin-Manuel Miranda, and her next project: a pilot called Drama High at NBC.

(Image via screengrab from Collider’s interview)