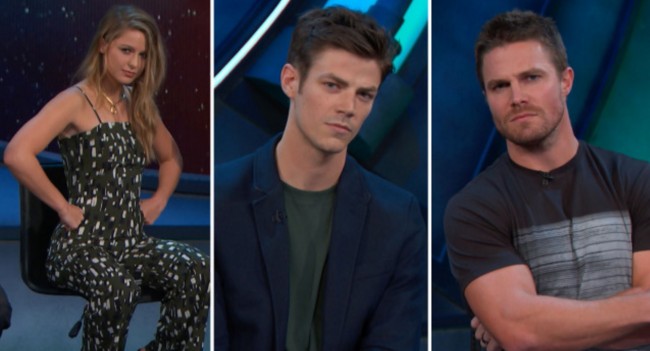 I’m loving The CW’s programming right now, and most of my favorite shows, from all the DC TV stuff to shows like Jane the Virgin and Crazy Ex-Girlfriend, are on that network. But I still sometimes feel like no matter what I’m watching, it’s like I’m watching a magazine. That’s because apparently all the CW stars master The CW Smolder. Check out this video in which Supergirl‘s Melissa Benoist, The Flash‘s Grant Gustin, and Arrow‘s Stephen Amell flawlessly execute the smolder for Conan O’Brien. Well, almost flawlessly….Gustin. (via Team Coco/Warner Bros. Television)

If you, like me, have no idea what all this “Overwatch” business is all about, maybe this video from JelloApocalypse on YouTube can help. At the very least, it’s entertaining.

Well, that wraps up our week here at TMS! Have a great weekend everyone, whether you’re at SDCC or not!