The Walking Dead Season Premiere Will Be 90 Minutes, Then the Season Will Split Into Two Parts 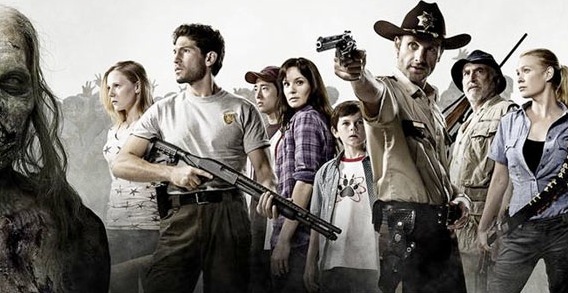 Hey, the second season of The Walking Dead is starting soon! What’s that you say, AMC? The season premiere will be 90 minutes long? That’s great! … Oh, but the season is being split in two and we’ll be waiting for February for the rest of the season after the first six episodes. How very Doctor Who of you, Walking Dead!

Come Sunday, October 16 at 10:00 PM, the next season of The Walking Dead will air, starting with expanded episode that will clock in at 90 minutes long. After that, there will be five more episodes, once a week, before it breaks until Sunday, February 12 (still at 10:00 PM). Which means this: there’s probably going to be a wicked cliffhanger at the end of the first six episodes. Here is the text from the press release:

AMC’s critically acclaimed original series, “The Walking Dead,” is back with its much anticipated second 13 episode season. Kicking off a two week long Fearfest, the network will once again present viewers with a 90-minute premiere episode, airing at 9 PM ET on Sunday, October 16th, with six one-hour episodes in the weeks following. The final six episodes of the season will commence on Sunday, February 12th at 9pm ET. The 90 minute version will also be launched globally on all Fox International Channels, following the US premiere the week of October 17th-23rd. Season two will reach FOX audiences in 122 countries, speaking 35 languages and will be seen by over 200 million households globally.

So, if you’re keeping track: no Frank Darabont, Herschel’s farm and the Governor, extended season premiere, months-long hiatus in the middle of the season. This has been your Walking Dead news for the day.