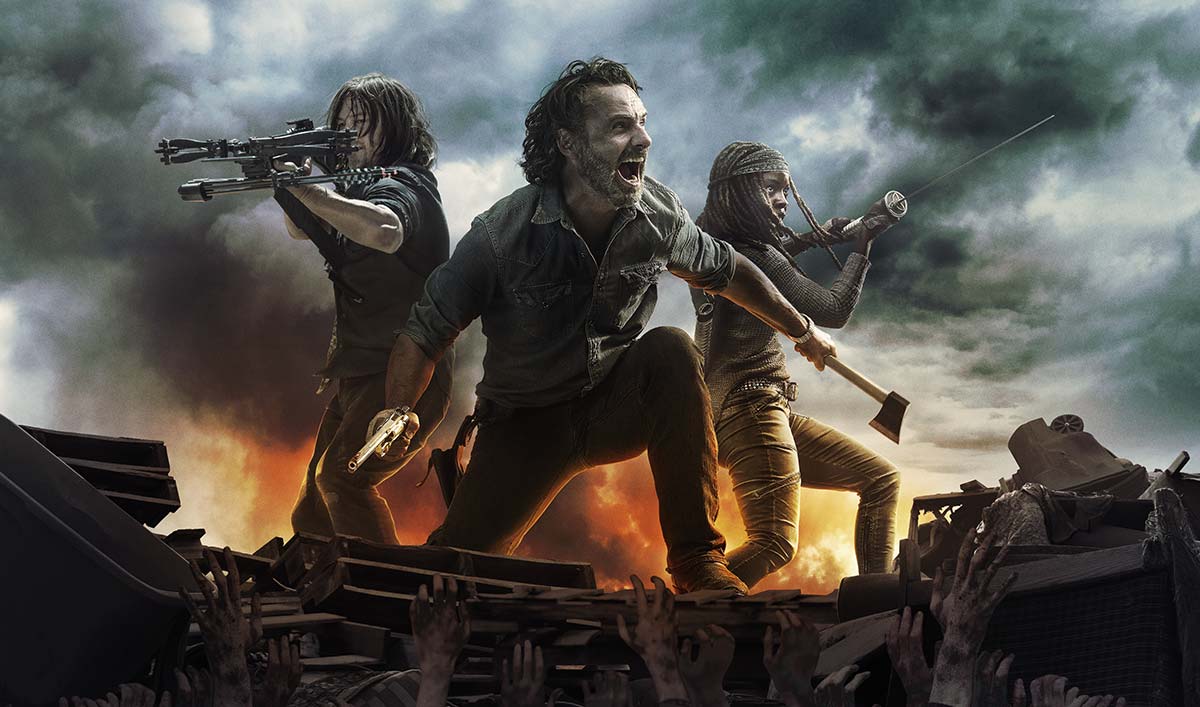 It’s been a decade since The Walking Dead, a drama about a disparate group of survivors making their way through a zombie apocalypse, premiered on AMC. And in that time, the adaptation of Robert Kirkman’s graphic novel has become a powerhouse franchise spanning multiple series, games, planned films, and its own recap talk show. The Walking Dead is now a pop culture behemoth so well-established that its creators have decided to cross into an entirely new genre: comedy.

Yes, the grimmest show on television has set its sights on a comedy spinoff. Scott M. Gimple, formerly a writer and showrunner on the flagship series and now chief content officer for AMC’s The Walking Dead, made the announcement during The Walking Dead Holiday Special. Gimple said, “We are working on a straight Walking Dead comedy right now … We’re not making fun of our world,” he assures, “but it’s just more of a comedic take on the world.”

It’s hard to think of a more brutal, humorless show on television than The Walking Dead. Outside of Rick Grimes Tumblr memes (CORL!) and fandom jokes, the series hasn’t spent much time developing a sense of humor. But you have to hand it to them for giving it a shot. And besides, AMC+ is going to need that sweet new content if they want to attract subscribers.

Luckily, the brain trust here at TMS has been working on some comedy ideas for this spinoff series. Take a look and let us know what you think:

Plucky young survivor Hanna Malone (Emily Osment) leaves the abandoned Winnebago she was hiding in to join the thriving community of the Alexandria Safe Zone. As Hanna explores love and friendship in the ASZ, she becomes a trendsetter for her clothing designs (Walker skin as a kicky poncho? #LoveIt) and becomes a social media sensation. FYI the role of social media will be played by crayon on a piece of cardboard that gets passed from community to community.

A prequel series about Daryl (Norman Reedus) and Merle (Michael Rooker) growing up in the south. These wacky brothers get into all sorts of scrapes that include petty crime and plenty of bathtub moonshine! Amy Adams and Glenn Close star as their characters from Hillbilly Elegy who are now the boys’ sister and mom.

Keegan-Michael Key stars in this workplace comedy set in the gardening co-op of the Hilltop community, where a zany cast of characters argue over organic heirloom tomatoes while trying to survive being constantly eaten by walkers. Think Parks and Rec but with constant murder!

Jeffrey Dean Morgan stars in this spinoff which follows the wacky antics of Negan and his trusty sentient baseball bat Lucille as they murder freely and fight for control of the community. Yvette Nicole Brown provides the voice of Lucille.

What are your pitches for a comedy based in the greater TWD universe? Let us know in the comments!