Review w/Q&A: The Best Love Story You Could Pick up This Valentine’s Day Is The Prince and the Dressmaker by Jen Wang

Happy Valentine’s Day everyone! I’m very excited to share with you probably the sweetest love story you’re liable to find this Valentine’s season, The Prince and the Dressmaker by Jen Wang. 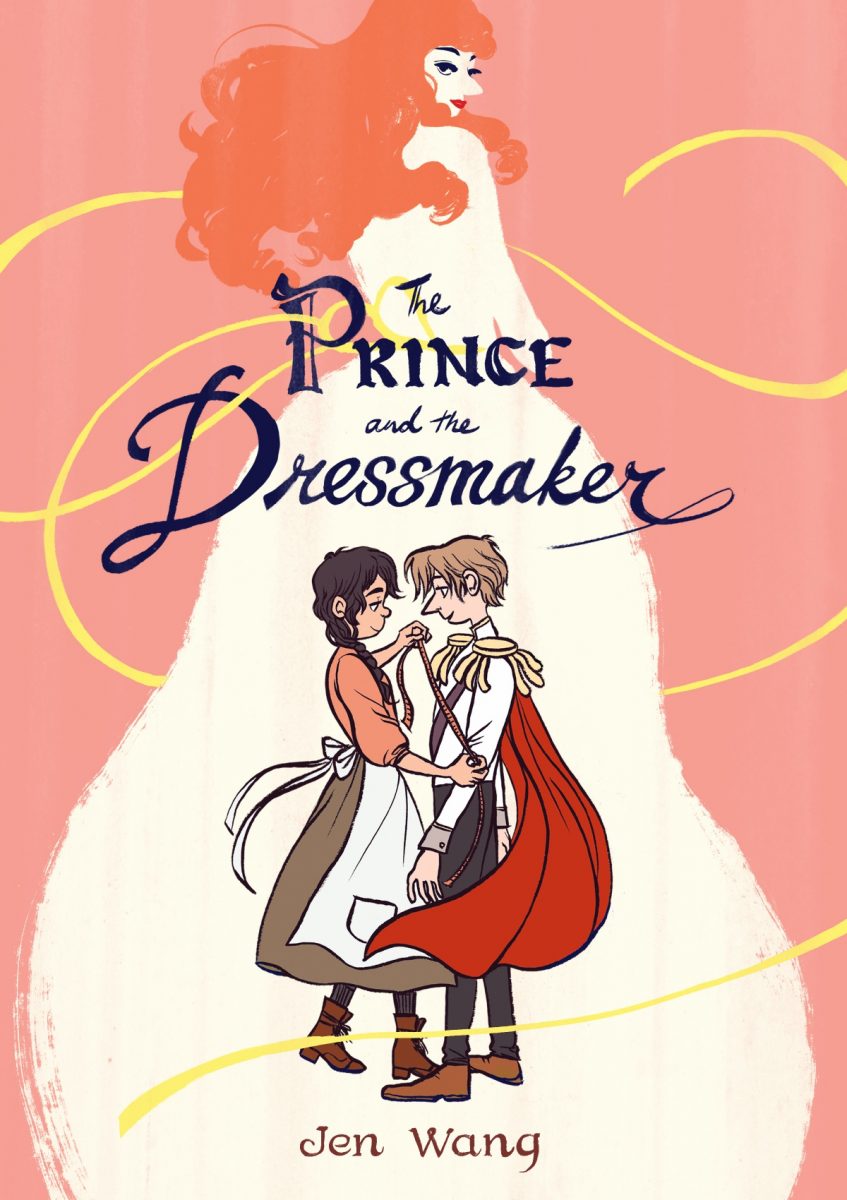 I’m so glad to be able to talk about this fantastic graphic novel, because it has been close to my heart ever since it came out. The Prince and the Dressmaker is written by the amazingly talented Jen Wang, who worked on New York Times Bestseller In Real Life with Cory Doctorow. The story is about Prince Sebastian, a French prince who—as fairy tale princes are wont to do—is being forced into a marriage by his parents. Sebastian doesn’t have time to find a bride, because at night he’s too busy putting on daring dresses and taking Paris by storm as the fabulous Lady Crystallia.

Sebastian wears dresses and his best friend, Frances, is the only person who knows his secret, while she also works to create the beautiful fashions he wears. Frances has dreams of greatness that come into conflict with her friend’s need to protect a secret that could change everything about his life.

This graphic novel made me cry. Not just because I am a sap when it comes to emotional stories, but just the beauty of the entire narrative. Both Sebastian and Frances are filled with such enthusiasm for life and a desire to live their lives to the fullest. The art, all done by Wang, is incredible. Every outfit is runway ready and together it creates a feast for the eyes that touches your soul all the way through. There is one panel towards the end which I sometimes frequently look at because it is just so damn pretty!

As a queer narrative, Sebastian doesn’t have any labels—he is just a boy who enjoys wearing dresses. There is no indication that he is trans or gay, he just likes to wear dresses sometimes. He performs as both Sebastian and Lady Crystallia. The problem is that he has to keep one part a secret rather than it just being two sides of the same coin. What it means to be a queer person is on a spectrum, and I believe that a book like The Prince and the Dressmaker (aimed at teens and middle-grade readers), gives people—especially young men—the ability to enjoy figuring out their truth in a safe way. Sometimes what you are doesn’t have a simple label to it and that’s okay. Labels are useful, they are guidelines, but they are not the only way to define oneself.

The Prince and the Dressmaker is without a doubt one of my favorite things I’ve read so far this year and I’m so excited for everyone to enjoy it. 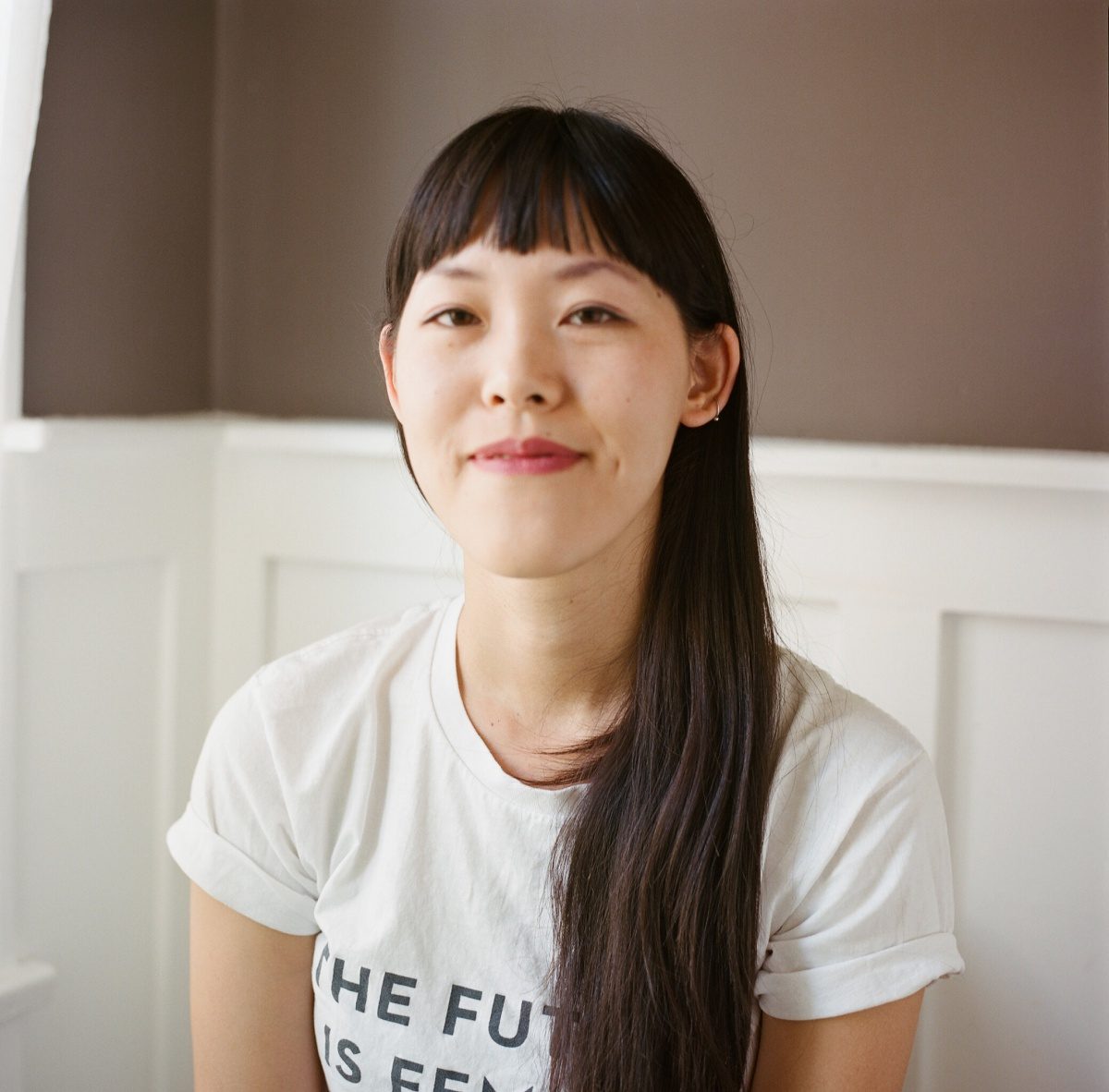 TMS: While France is known as the birthplace of fashion, was there any other reason you decided you wanted the graphic novel to take place there? Were there a certain time period or works of art that really drew you into exploring that period?

Wang: I wanted the book to have a very classically romantic setting like Paris, but also one that had a lot of interesting changes going on during that time. The late 19th century had all these innovations including the sewing machine becoming widely available that completely revolutionized the fashion industry! That and the creation of department stores really made fashion accessible to the masses in a way it wasn’t before, and that was exciting to me. The whole concept of an old world entering into the modern era was a fitting backdrop for what goes on in Sebastian and Frances’s life.

TMS: You went through some character designs changes with Sebastian and Frances, including the age. Why did you decide that this story should be told with teenagers rather than adults? Was there anything you had to re-explore about the characters in that process?

Wang: I realized I didn’t have to change too much in the story if the characters were younger. All the emotions are heightened. The characters are experiencing everything for the first time, whether it’s about identity or falling in love. The only thing that was different is that there’s less pressure for Sebastian to get married, but since it’s old-fashioned royalty it still works!

TMS: Sebastian’s story made me so emotional the entire time I was reading the book. How did you come to craft his character, his journey, and why did you feel like this kind of story was necessary to be told? Were there any historical inspirations you took from in creating him?

Wang: Sebastian’s story was always very clear to me. As someone who had questions about my own identity and self-expression when I was a teenager, I think I just connected to this sense of not knowing where to turn but also having a really powerful outlet to explore that in (for me, art). I didn’t end up taking any direct historical inspirations for the character, but along the way, I did discover stories about trans or genderqueer people in history that made me feel better about telling this story in a historical setting. There definitely could’ve been a Sebastian/Lady Crystallia! 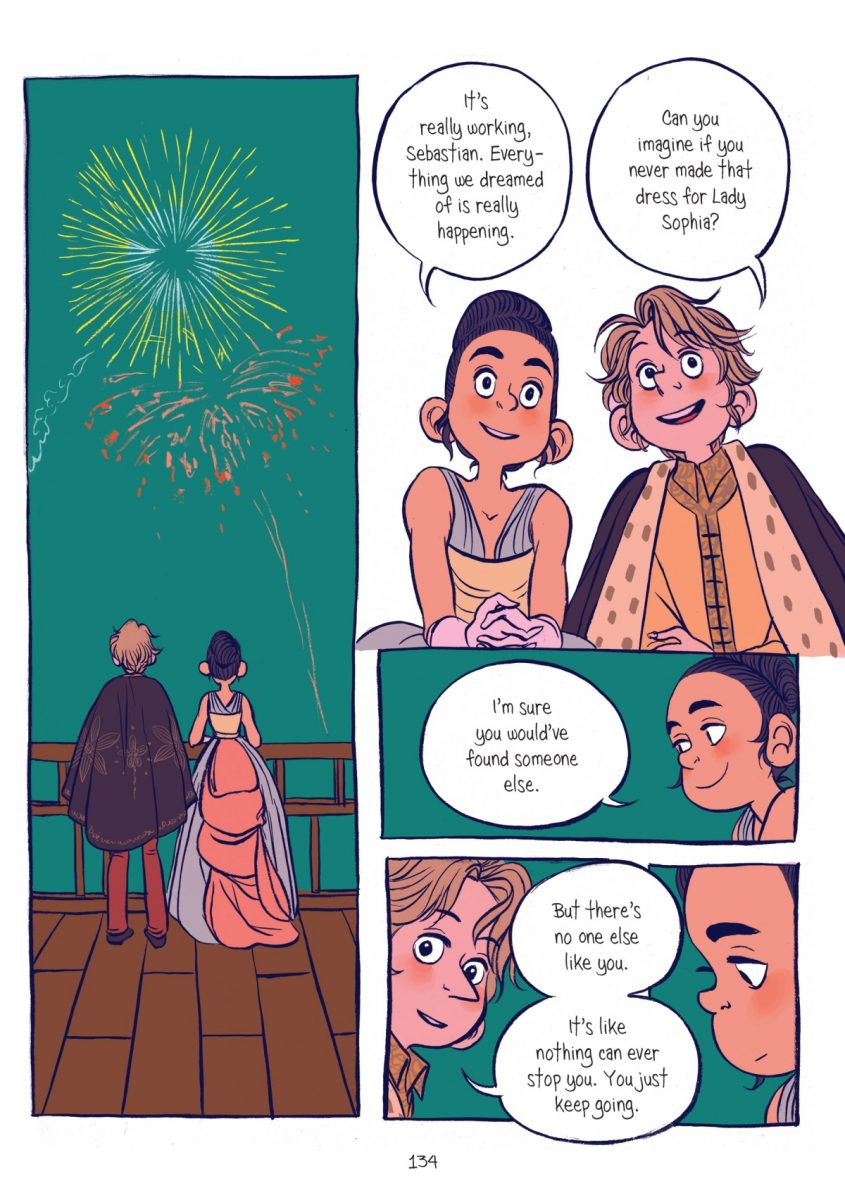 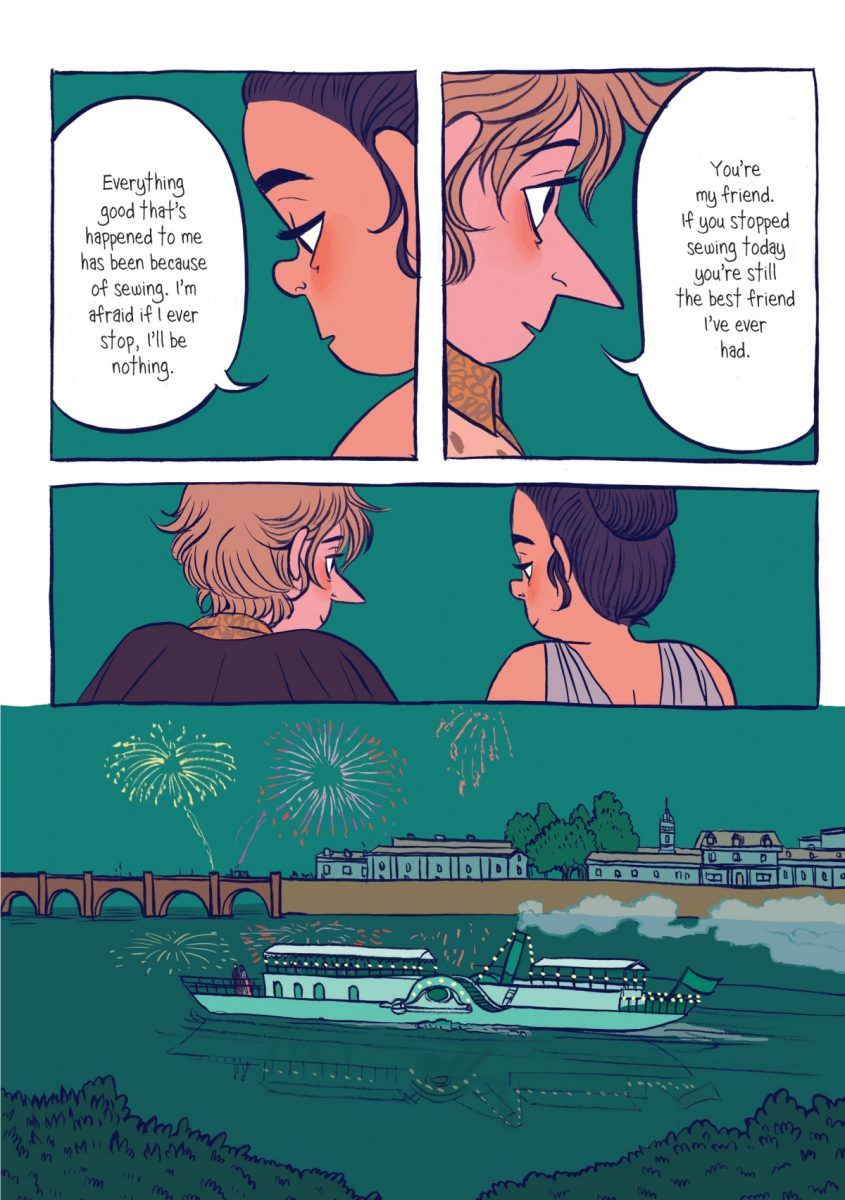 TMS: Frances’ character journey is also very interesting because while you are watching Sebastian in all of these glamorous roles and gowns, there is a sense that Frances is searching for more. Was it hard to balance these two stories and making sure that both leads had equal to do? Did you ever find yourself wanting to focus more on one than another?

Wang: Sebastian’s story carries all the drama but you’re actually seeing it through Frances’s eyes. You start the story with Frances meeting Sebastian and how her participation ends up changing everything for the two of them. So in a way, it balances out because Frances’s arc is less dramatic but it’s the driver for a lot of what happens.

TMS: Not since the Sailor Moon manga have I seen such really amazing fashion in a comic like these. Pretty much everything Frances creates feels like something you would see on a runway. How did you come up with all the costume and dress designs? Did you already have a love for fashion in the past or was there a lot of Project Runway marathons going on?

Wang: Thanks, that’s very flattering to be compared to Sailor Moon! I did a lot of research into dresses from the period for general reference but for Frances’s dresses, I tried to keep them contemporary and fresh. I looked at more modern silhouettes and couture gowns that are closer to what you might see on a runway or the red carpet today. But also her designs are supposed to be kind of out there so lots of literal costumey elements like butterflies and armor. I’m a pretty practical dresser in real life, but the comic page is where I really have fun with it!

TMS:  Are we ever going to see Frances and Sebastian again? I think the story is a perfect standalone, but could you ever see yourself coming back to these characters even in a shorter work?

Wang: I don’t have a follow-up story in mind but I’m open to the possibility! I’d only want to do a sequel if I come up with a story I really want to tell, but I really do love the characters. I would be great to work with them again someday!

The Prince and the Dressmaker is now available in stores. Pick it up and prepare tissues.