As other elected officials shrug their shoulders, these women are stepping up. 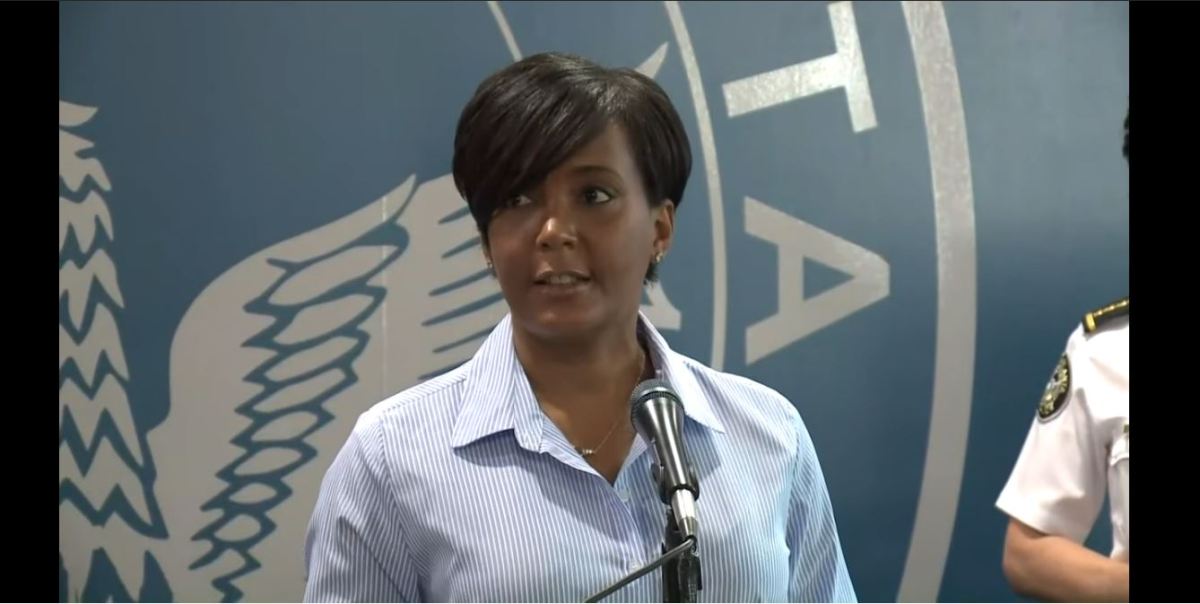 As cities across America are ignited with righteous anger and thousands of people take to the streets to protest our country’s systemic racism and police brutality, our leaders are nowhere to be found. President Trump has shot off some racist tweets, and refuses to speak publicly. In yet another cowardly move, he put a photo lid in effect today, and is hunkering down at the White House.

We feel rudderless and lost, and there is a desperate need for a leader. But who would that be? The Senate and the House are nowhere to be found. National security adviser Robert O’Brien doesn’t believe systemic racism exists. Even our high profile democratic mayors are capitulating to the police instead of supporting the protesters.

The only elected officials who are stepping up to offer sympathy, understanding, and leadership are America’s Black women mayors. Atlanta Mayor Keisha Lance Bottoms delivered an impassioned speech urging people to go home and stop destroying the city.

If you missed it last night, you really need to take just 4.5 minutes to listen to this statement by Atlanta Mayor Keisha Lance Bottoms. pic.twitter.com/6fAbZbjwNJ

THIS is what strong, authentic, and empathetic leadership sounds like. In an interview with CNN, Bottoms discussed Trump with Jake Tapper saying, “He should just stop talking. This is like Charlottesville all over again, … He speaks and he makes it worse. There are times when you should just be quiet and I wish that he would just be quiet. Or if he can’t be silent, if there is somebody of good sense and good conscience in the White House, put him in front of a teleprompter and pray he reads it and at least says the right things, because he is making it worse.”

And Bottoms isn’t alone. San Francisco Mayor London Breed called for a curfew, and urged protesters to go home saying, “To be clear, this is the last thing I want to do as mayor. I want peace, I want protest, but I don’t want the kind of violence we have seen,”. Breed has received criticism for ordering the National Guard on standby.

We are implementing a curfew that will start tomorrow at 8pm.

The City and the police will support peaceful protests, as we did all day today.

We can't tolerate violence and vandalism. Now is the time to go home.

Thank you to all who participated in the noon peaceful protest! We are all seeking justice. #GeorgeFloyd #NewOrleans pic.twitter.com/LGHVpdFP0q

Happening Now: New Orleanians are peacefully protesting the death of #GeorgeFloyd 🙏 • Our @NOPDnews officers are holding traffic as the march proceeds to make sure everyone is safe and our @NewOrleansEMS are on site for any health needs. #CityOfYes pic.twitter.com/hKjyNBJpRa

Are these women doing everything right? Of course not. Mistakes will be made, and many circumstances are out of their control. But they are doing what leaders are supposed to do in trying times: they are promoting strength, unity, and above all, they are showing empathy and understanding.

In a country led by the most callous, unfeeling president in history, we desperately need to see elected officials who care, who step up to the plate with understanding and respect for their people. We have spent decades being gaslit by politicians who refuse to acknowledge the pain we live with every day. And it’s something we are not getting from many of our elected officials.

New York City Mayor Bill de Blasio said in response to the protests, “Any protester that tries to take the humanity away from a police officer and devalue them just because they are a public servant is no better than the racists who devalue people of color and particularly black men in America.” He said this as police vehicles ran over peaceful protesters.

Garcetti says every testing center in the city of LA has been closed. This appears to have been a punitive response. In his response as to why the centers were all closed rather than in specific areas: "We're not going to stand for the burning of police cars."

No politician is perfect, but these women are accomplishing something that should come naturally to any elected official. They are showing support for their citizens and they are delivering messages of unity and empathy. And that’s something this country is in desperate need of now more than ever.