I'm so ready and also so scared. 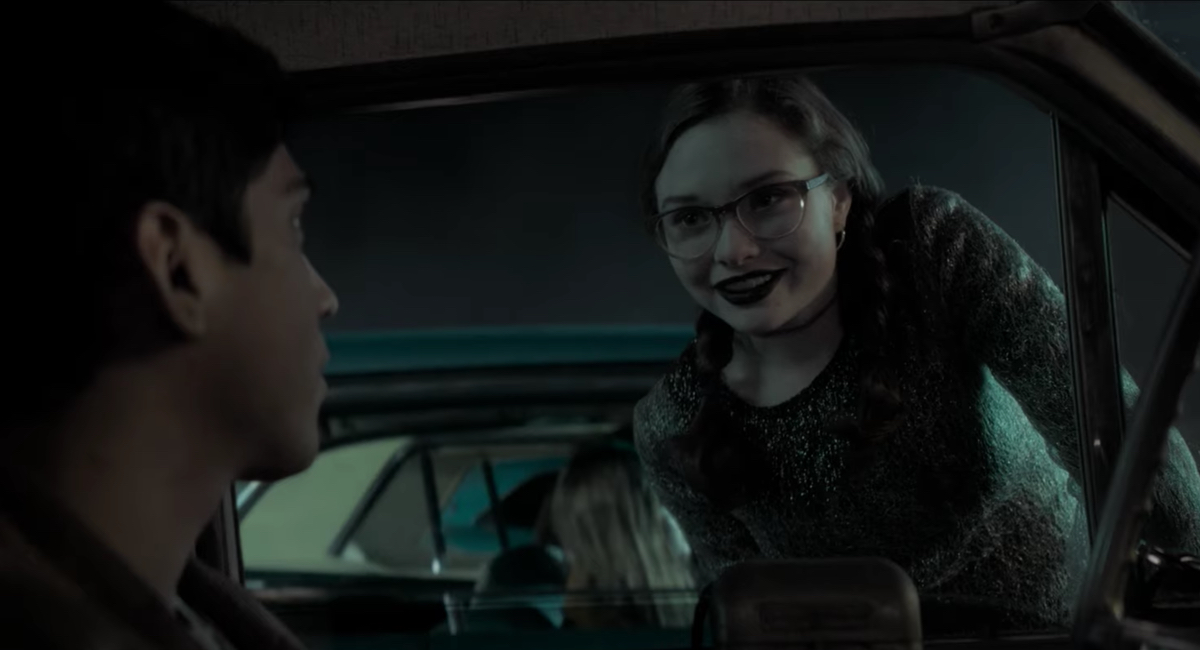 There’s a whole generation of children who remember reading Scary Stories to Tell in the Dark, by Alvin Schwartz, and being scared out of their wits by the haunting tales inside the frighteningly illustrated books. Who better than Guillermo del Toro as producer, then, to bring the stories to life in a terrifying film adaptation that links the tales beautifully while still holding true to the originals?

Check out the first full trailer below and get ready to scream.

While the first teasers for the film focused more on the monsters haunting the town, this trailer brings our teen protagonists into the spotlight. Forbes reports that the summary of the film reads, “It’s 1968 in America. Change is blowing in the wind…but seemingly far removed from the unrest in the cities is the small town of Mill Valley where for generations, the shadow of the Bellows family has loomed large. It is in their mansion on the edge of town that Sarah, a young girl with horrible secrets, turned her tortured life into a series of scary stories, written in a book that has transcended time—stories that have a way of becoming all too real for a group of teenagers who discover Sarah’s terrifying home.”

The film looks to be walking a fine line between PG-13 and R, but personally I hope it ends up PG-13. PG-13 ratings aren’t always the death of horror, and the more Stand by Me-esque the film turns out, the more likely it is that a PG-13 rating would suit it. Besides, Stranger Things operates at a PG-13 level and manages to pack a punch. PG-13 is not the end of quality for scares.

“When I produce a movie, I try to bring, along with my partners, a certain aesthetic, value, and feeling,” del Toro said at an event today about the film, as reported by Entertainment Weekly. “If anyone has seen Trollhunters, we tried to bring something of ‘family adventure’ to that. I wanted this to be a ‘family horror’ film. Family is a horror all in itself, but sometimes with milk and cookies you can find something nice to watch. This is what we did.”

The film looks suitably haunting, but at the same time, it’s almost all-ages enough that it could serve as an introduction to horror for an enterprising kid interested in the visualization of their favorite scary stories. The film is unrated, but by the time August 9 rolls around, we’ll undoubtably know exactly whether del Toro and director André Øvredal have succeeded in making a family-friendly horror film or if it crosses a line.

Until then, get ready to be haunted by familiar faces like Harold the scarecrow and the Pale Lady.

Guillermo del Toroscary moviesScary Stories To Tell In The Dark