Happy 2nd Birthday to Us! | The Mary Sue

Happy 2nd Birthday to Us! 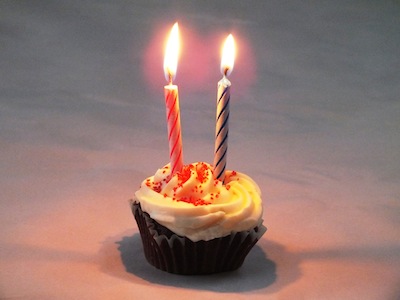 Two years ago last night I hit the hay early, knowing that there wasn’t anything constructive that I could do for the soon to be live website that me and Jamie Frevele had been slaving over for a straight two weeks, and that I’d have a long day ahead of me. That long day was followed by a lot more, and now it’s been a spectacular two years since we launched. We quite literally would not be here without you guys.

A year ago we were still staring at production photos of Robert Downey, Jr., but they were all from The Avengers, which we knew was going to be big, but nowhere near as big as it actually wound up being. We’d just been introduced to our first clips of Brave, The Hobbit trailer and it’s musical dwarves was still taking the internet by storm. Whereas one of our biggest sources of news and analysis in our first year was DC’s announcement of a full universe reboot that only involved two actual women, I’d have to say that if the past year had any one overall theme in the realm of women and pop culture, it would be the bizarrely persistent idea that geekdom itself is threatened by a legion of women pretending to interested in it for ulterior motives. Seriously, we had to start a tag.

As a blog, however, since last year we’ve also had some pretty cool milestones. We’ve hit new highs and plateaus of readership! We managed to get a twitter handle without an underscore! We hosted a very successful New York Comic Con meetup, full of incredible readers. We traveled cross-country for an absolutely worth it visit to Geek Girl Con ’12, a trip we’d love to make again some day (but not this year due to scheduling). Granted, if you ask my inner child what her favorite achievement is, it’s definitely that we’re now one of the sites out there that occasionally gets exclusive previews of real live professional comic books. But we’ve also written about four thousand more posts, and you’ve chipped in with another thirty thousand comments. And for once, the most popular post on our site isn’t something that we put almost no effort into or something that remains primarily tertiary to our site: it’s this list of easy-to-legally-obtain-in-the-US, beginner anime put together with care by our ’12 summer intern Kellie Foxx-Gonzalez.

So happy birthday to us! We don’t know half of you half as well as we should like, and we like less than half of you half as well as your comments, likes, retweets, and tumbls deserve. We’re not going to ask you to get us a gift, but… well… we are very close to 20k followers on Twitter. Just a few more of you (okay, about 350 more of you) and we could tip over the top! And if you happen to be one of the lucky folks who have a badge for PAX East next month in Boston, we’d love it if you turned out for a certain Sunday panel at 1pm, that just so happens to have yours truly on it. (More information on this just as soon as the schedule is up.)

Anyway, I’ll cut out the self-promotion and go back to trawling my reader for more funny, interesting, geeky, and nerdy things for you guys. Like I said above: we’d probably still be doing all this without you guys, but it’d be a heck of a lot lonelier.