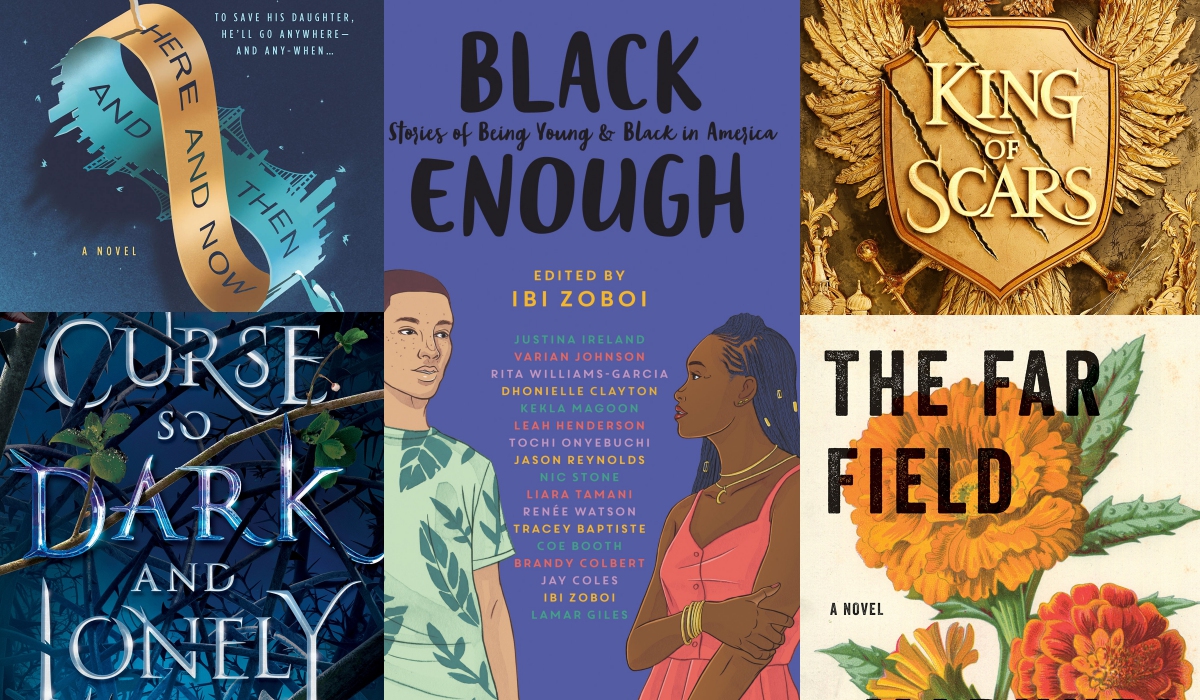 New Year, new Mary Sue book Club picks for January 2019. This month, we have a collection from Black authors telling different stories about what it means to be Black and young in America, Madhuri Vijay’s emotional exploration of Indian politics through her newest piece of fiction, the return of one of YA’s most dynamic voices and universes, a Beauty and the Beast reimagining, and the story of a father lost in time, trying to find his way home. 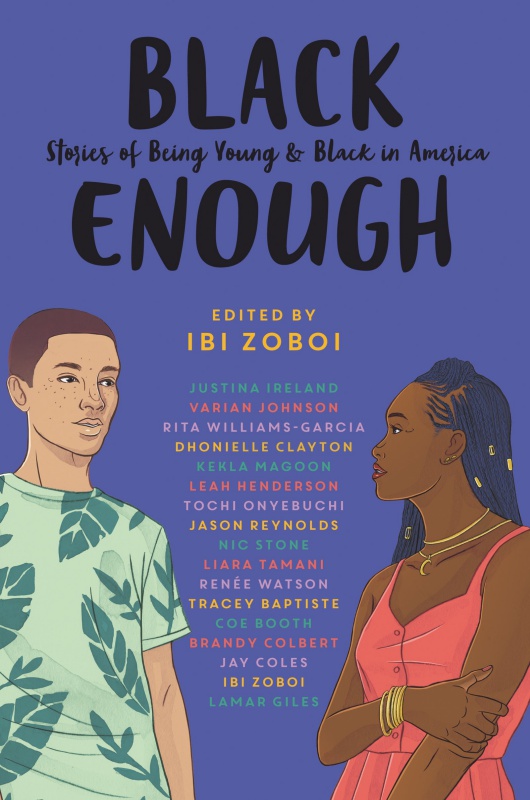 “Black is…sisters navigating their relationship at summer camp in Portland, Oregon, as written by Renée Watson.

“Black is…three friends walking back from the community pool talking about nothing and everything, in a story by Jason Reynolds.

“Black is urban and rural, wealthy and poor, mixed race, immigrants, and more—because there are countless ways to be Black enough. 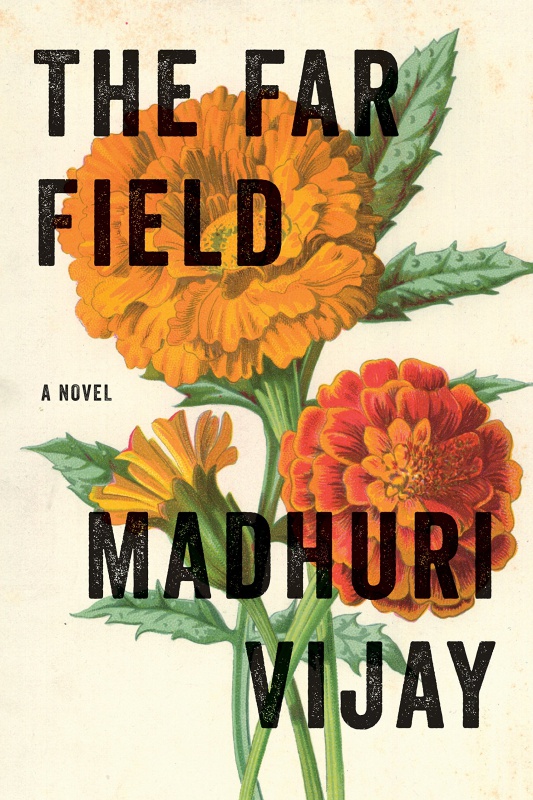 “Gorgeously tactile and sweeping in historical and socio-political scope, Pushcart Prize-winner Madhuri Vijay’s The Far Field follows a complicated flaneuse across the Indian subcontinent as she reckons with her past, her desires, and the tumultuous present.

“In the wake of her mother’s death, Shalini, a privileged and restless young woman from Bangalore, sets out for a remote Himalayan village in the troubled northern region of Kashmir. Certain that the loss of her mother is somehow connected to the decade-old disappearance of Bashir Ahmed, a charming Kashmiri salesman who frequented her childhood home, she is determined to confront him. But upon her arrival, Shalini is brought face to face with Kashmir’s politics, as well as the tangled history of the local family that takes her in. And when life in the village turns volatile and old hatreds threaten to erupt into violence, Shalini finds herself forced to make a series of choices that could hold dangerous repercussions for the very people she has come to love.

“With rare acumen and evocative prose, in The Far Field Madhuri Vijay masterfully examines Indian politics, class prejudice, and sexuality through the lens of an outsider, offering a profound meditation on grief, guilt, and the limits of compassion.” 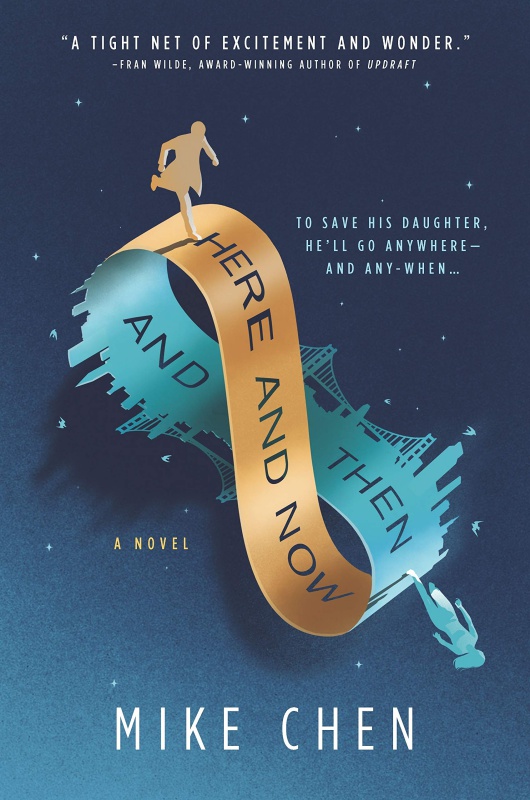 “Kin Stewart is an everyday family man: working in IT, trying to keep the spark in his marriage, struggling to connect with his teenage daughter, Miranda. But his current life is a far cry from his previous career…as a time-traveling secret agent from 2142.

“Stranded in suburban San Francisco since the 1990s after a botched mission, Kin has kept his past hidden from everyone around him, despite the increasing blackouts and memory loss affecting his time-traveler’s brain. Until one afternoon, his “rescue” team arrives—eighteen years too late.

“Their mission: return Kin to 2142, where he’s only been gone weeks, not years, and where another family is waiting for him. A family he can’t remember.

“Torn between two lives, Kin is desperate for a way to stay connected to both. But when his best efforts threaten to destroy the agency and even history itself, his daughter’s very existence is at risk. It’ll take one final trip across time to save Miranda—even if it means breaking all the rules of time travel in the process.

“A uniquely emotional genre-bending debut, Here and Now and Then captures the perfect balance of heart, playfulness, and imagination, offering an intimate glimpse into the crevices of a father’s heart and its capacity to stretch across both space and time to protect the people that mean the most.” 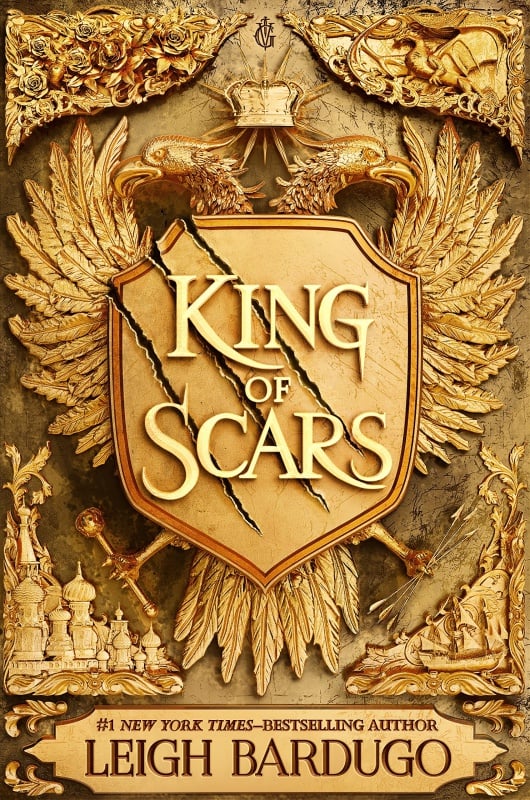 “Face your demons…or feed them.

“Nikolai Lantsov has always had a gift for the impossible. No one knows what he endured in his country’s bloody civil war―and he intends to keep it that way. Now, as enemies gather at his weakened borders, the young king must find a way to refill Ravka’s coffers, forge new alliances, and stop a rising threat to the once-great Grisha Army.

“Yet with every day a dark magic within him grows stronger, threatening to destroy all he has built. With the help of a young monk and a legendary Grisha Squaller, Nikolai will journey to the places in Ravka where the deepest magic survives to vanquish the terrible legacy inside him. He will risk everything to save his country and himself. But some secrets aren’t meant to stay buried―and some wounds aren’t meant to heal.” 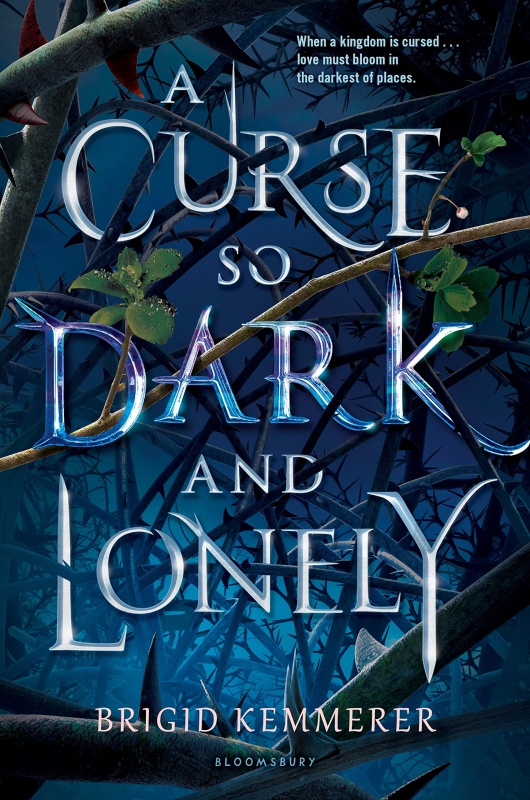 “Fall in love, break the curse.

“It once seemed so easy to Prince Rhen, the heir to Emberfall. Cursed by a powerful enchantress to repeat the autumn of his eighteenth year over and over, he knew he could be saved if a girl fell for him. But that was before he learned that at the end of each autumn, he would turn into a vicious beast hell-bent on destruction. That was before he destroyed his castle, his family, and every last shred of hope.

“Nothing has ever been easy for Harper. With her father long gone, her mother dying, and her brother barely holding their family together while constantly underestimating her because of her cerebral palsy, she learned to be tough enough to survive. But when she tries to save someone else on the streets of Washington, DC, she’s instead somehow sucked into Rhen’s cursed world.

“Break the curse, save the kingdom.

“A prince? A monster? A curse? Harper doesn’t know where she is or what to believe. But as she spends time with Rhen in this enchanted land, she begins to understand what’s at stake. And as Rhen realizes Harper is not just another girl to charm, his hope comes flooding back. But powerful forces are standing against Emberfall . . . and it will take more than a broken curse to save Harper, Rhen, and his people from utter ruin.”