Things have changed, but not enough. 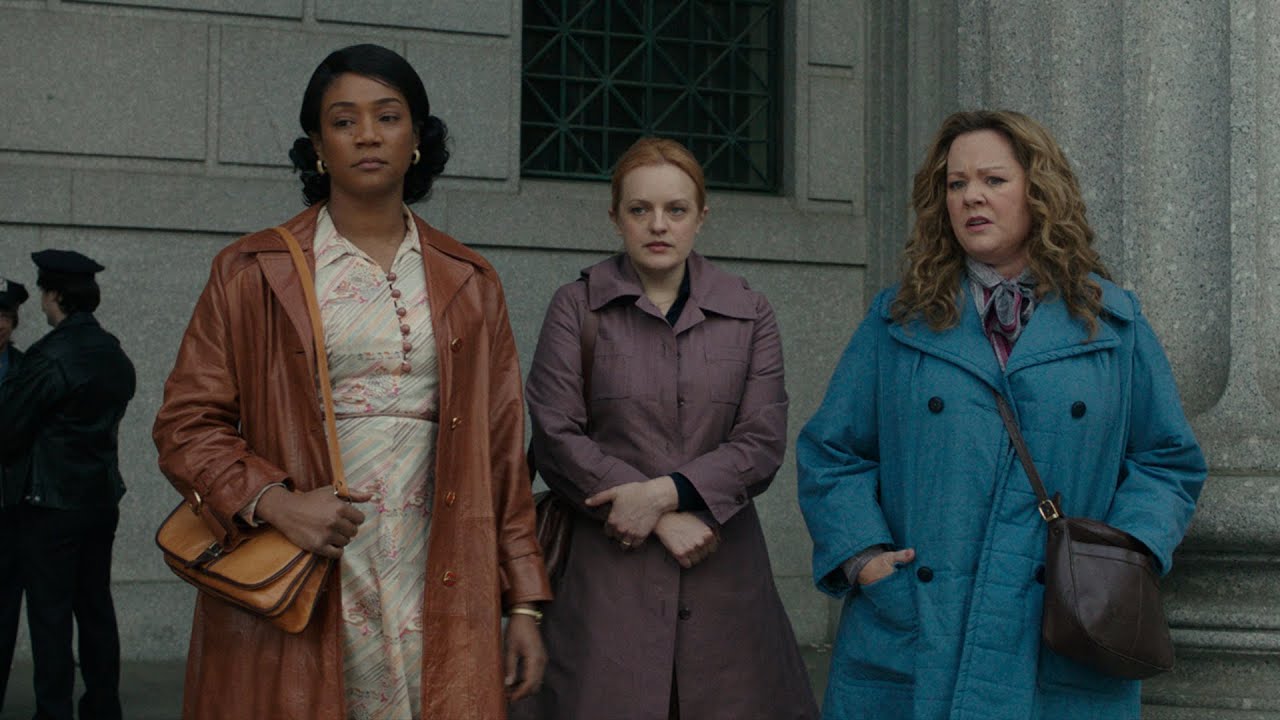 Melissa McCarthy, Elisabeth Moss, and Tiffany Haddish will star in upcoming mob drama The Kitchen, directed by Andrea Berloff. These four women are no strangers to success. McCarthy is an acclaimed, Academy Award-nominated actress. Moss is an Emmy winner and lead of one of TV’s most popular dramas. Haddish is one of Hollywood’s top comediennes, and many feel she deserved an award for her turn in Girls Trip. Berloff received an Oscar nomination for her writing work on Straight Outta Compton.

And yet, they still face the same sexist doors slammed in their faces, despite being award winners and audience favorites. “I am very open-eyed that we are experiencing a blip,” Berloff told USA Today. “I had a president of a studio say to me last week that ‘Because Movie X and Movie Y did not work this summer, we’re done with women-fronted movies.'”

She was talking about the surge of “#MeToo movies” and female-led films, as the industry reckons with a history of sexual abuse and coverups. Female-led films are in vogue right now, but Hollywood is quick to forget and go back to their traditional, male-dominated lineup.

Moss pointed out that that’s “an unintelligent” thing for a studio to say, but spoke to her own experiences. She said she’s pitched TV projects and then “heard, ‘Oh, well, we’re just not sure that (it should be) a female lead.’ And it’s me sitting there! I’m like, you do realize The Handmaid’s Tale is doing really well? It’s shocking sometimes.” Imagine telling Moss that, after her show consistently rakes in Emmy nominations and continues to draw viewers week after week.

The interview goes on and includes a powerful story about Haddish using her Netflix money to make sure that six other comics got their turn in the Netflix spotlight, as well, but the story still stands: These women are still being told that their stories don’t matter. If one studio exec is saying that this summer’s box office showing proves “women-fronted movies” don’t work any more, what do you think is being said elsewhere?

It’s true that certain films directed by and about women, like Booksmart, were critically beloved and then underperformed at the box office. However, many films have underperformed this year, and so far, no one is saying that such performances mean the end of male-dominated films. There were also films like Men in Black: International, which starred Tessa Thompson and underperformed, that were simply bad films. You cannot fault women taking jobs for a bad movie not performing well, and men are allowed to star in plenty of stinkers before they get the blame for the box office.

McCarthy did not mince words either when she called out studios for only taking meetings and green-lighting films about women with budgets half the size of male-driven films. She also called out those who say they’re for female-driven movies “and then only go see male caped movies. It’s a weird epidemic. I’m not against (those movies), but everybody’s gotta put their money where their mouth is.” The problem with not green-lighting a variety of films is that female-led films become small indies that don’t have the same reach. They become harder to support and, in turn, don’t turn in as high a profit. While some franchises are embracing female leads, there is still a ways to go for complete parity.

We have to embrace all kinds of movies about women, from the biggest franchises to the smallest indies, but first, the studios have to green-light these projects. We can’t go see movies that don’t exist. Women like Berloff, Haddish, McCarthy, and Moss shouldn’t have to fight for projects to come to life after they’ve proved themselves, and women in Hollywood overall have proved themselves. A studio executive saying that “we’re done” with women-led films is irresponsible, but it is probably a sign of how others are feeling.

Female helmed films cannot just be a trend, like vampire movies. Women are not fictional creatures or story tropes but 50% of the moviegoing audience. Let women-led films grow, thrive, and develop. It’s about damn time.