Review: Visually Stunning The Jungle Book Is a Must-See 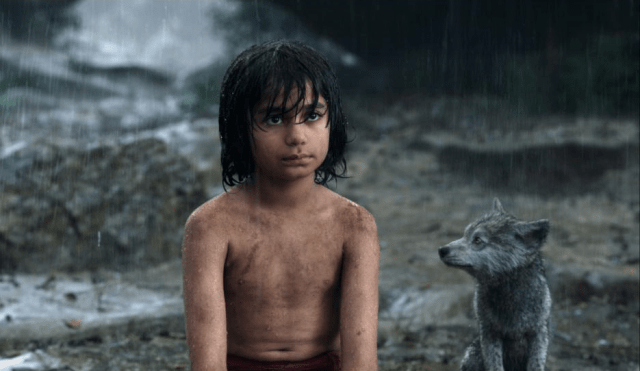 When you’re watching a film and start to question what is and isn’t CGI, the effect can be both mesmerizing and unnerving. When The Jungle Book first took off, I’ll admit to feeling a bit out of sorts, thinking about that question rather than just giving into the world presented. It took a few minutes for me to settle in before I gave in and let the visuals just wash over and immerse me in this not-quite-real, not-quite-fantastical world, but once I my head settled and I felt acclimated, I found myself totally elated by what I’d just seen and eager to go back and see what I might have missed.

Disney’s recent decision to remake or re-interpret their classic animated features as live action films has been a mixed bag. I found Maleficent to be a fun (if not exactly good) reimagining of Sleeping Beauty but thought last year’s Cinderella lacked a fresh perspective and came off boring, and we still have the upcoming live-action versions of The Little Mermaid, Beauty and the Beast, Dumbo, and Peter Pan (yes, another one) to come. But so far, The Jungle Book isn’t just the best of these new live action films; it is by far one of the best films of the year so far, a movie that’s both a visual marvel to behold and appreciate and an engaging and moving coming-of-age story.

It’s also coming-of-age story that happens to be refreshingly intense considering its Disney connections. The gap between “children’s movie” and “adult films” seems to be growing, and that important area of “family film” is less and less common. Yes, we get a lot of animated features that throw in adult humor, but there are few live action family films aimed at older kids and preteens that offer them the opportunity to expose themselves to intense situations and themes before we send them to the latest horror film. I’m a big supporter of this type of film, not only because of the lack of quality entertainment for kids between 8 and 12, but because those intense experiences are my strongest childhood memories of seeing movies—movies like The Little Mermaid, E.T., Willy Wonka or Labyrinth—and considering his past family-friendly outings in Elf and Zathura, I wouldn’t be surprised if Jon Favreau feels the same way. Better yet, he happens to be really, really good at making quality family entertainment.

Of course, this isn’t the first Disney live action Jungle Book. There was the less-than-impressive 1994 film with Jason Scott Lee as an older Mowgli, but the animated film remains in the collective memory of most audiences, and part of its charm probably has to do with its strange rambling, aimless quality—also the reason I’m not sure I ever finished watching it in a single sitting as a kid. While the 1994 version focused more on creating a single narrative, and the animated film attempted to retain the short story quality of the original book, the new Jungle Book (based on the animated film) is a movie that has found a nice middle ground. The need to take Mowgli out of the jungle to save him from Shere Khan (the tiger) is pushed front and center, with the emotional impact of Mowgli leaving his wolf pack family given new importance, but the film is structured almost like a road movie.

Each stop brings a new character and new visual look to the film. Mowgli is raised by wolves (an adoptive mother Raksha and pack leader Akela), but when he is pushed out of the pack for his own safety, the panther (Bagheera) starts him on a journey. Eventually, he comes face-to-face with a snake (Kaa), a Bear (Baloo), and the king of the apes (King Louie), and each of these characters inhabits a very specific and visually rich new terrane. Kaa’s dark forest feels like a completely different area than Baloo’s river and caves, and the visual of King Louie’s “palace” is something to behold compared to the more familiar wolf’s den. What’s so surprising about this movie however is the different way each character’s voice seems to interprets their level of life-like or cartoonish design.

It would be jarring to have the voices of such recognizable personalities as Christopher Walken or Bill Murray voicing overly realistic animals (btw, this is Garry Shandling’s final role, voicing a porcupine), and Kaa’s oddly “seductive” qualities with Mowgli, voiced by Scarlett Johansson, would have likely seemed out of place if anything about that encounter felt “real,” but the wolves and big cats in this movie who play up the larger dramatic narrative and emotional journey of Mowgli are all voiced by exceptional voice actors, Lupita Nyong’o, Giancarlo Esposito, Ben Kingsley, and Idris Elba, who are so capable of seamlessly becoming their characters. Their scenes feel ultimately more “realistic,” which in turn allows actor Neel Sethi to play off each animal character differently and effectively for their role in his story. The only time there’s a slight hiccup are times when these more realistic animals interact with the more anthropomorphic ones. For example, when Kingsley’s Bagheera interacts with Bill Murray’s Baloo, there seems to be a dramatic disconnect that stands out, but for the most part, the character designs are all exceptional and appropriate for the many tonal variations.

Neel Sethi, just 11 when he made this movie, happens to be a perfect choice for the role. Despite the potential to become too precocious as Mowgli, especially considering the amount of solo acting he has to do, he’s an excellent child actor more than capable of handling the challenge. He plays the role like a genuine kid, including his very open-hearted emotional moments, which play out across his wonderfully expressive face. His joys feel joyful, his pain sincere, and his fear very, very real, and watching a kid put in this much danger has the potential to be unsettling (in fact, it often is unsettling), but Favreau bounces between the highs and lows so quickly that those moments are bearable (although, I was shocked by a couple of violent scenes we got). Think of this as a companion to The Good Dinosaur, last year’s Pixar movie which was also about that great childhood fear of getting lost from your family.

The story is a classic and familiar one, but the ability the movie has to submerge its audience in both the visuals and story is a remarkable accomplishment that makes it stand out as a worthy blockbuster. It almost feels like the next BIG step in 3D we’ve been waiting for since Avatar. It has an ability to find something that seems tactile behind its revolutionary tech; the heart of the story is actually enhanced by the jaw-dropping visuals presented. Yes, this is a perfect family movie, but it is also a must-see for any film lovers looking for a genuine cinematic experience.