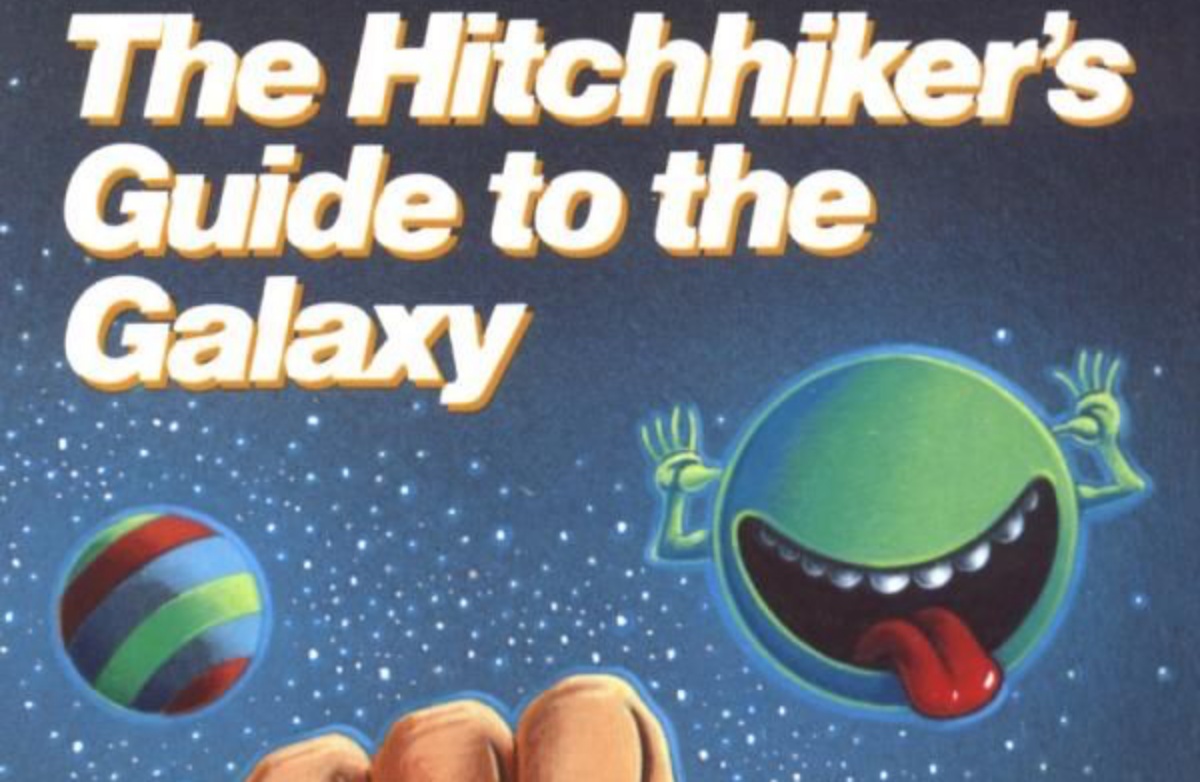 The Hitchhiker’s Guide to the Galaxy is returning to the small screen for the first time since the 1981 BBC miniseries. Streaming service Hulu is developing a new TV series adaptation of the popular science fiction series written by Douglas Adams.

For those unfamiliar with the source material:

The broad narrative of Hitchhiker follows the misadventures of the last surviving man, Arthur Dent, following the demolition of the planet Earth by a Vogon constructor fleet to make way for a hyperspace bypass. Dent is rescued from Earth’s destruction by Ford Prefect—a human-like alien writer for the eccentric, electronic travel guide The Hitchhiker’s Guide to the Galaxy—by hitchhiking onto a passing Vogon spacecraft. Following his rescue, Dent explores the galaxy with Prefect and encounters Trillian, another human who had been taken from Earth (prior to its destruction) by the two-headed President of the Galaxy Zaphod Beeblebrox and the depressed Marvin, the Paranoid Android.

Often called “a trilogy in five parts,” the series is a staple of science-fiction/fantasy and British popular culture, an adaptation of the first four parts of Adams’ radio series of the same name. The radio series was broadcast in 1978 on BBC Radio 4, and despite a slow beginning, it got great reviews and a huge amount of attention for a radio series—so much so that a Christmas special was commissioned. Five books in the series were written under Adams, and a sixth was written by Artemis Fowl author Eoin Colfer, using a concept mentioned by Adams before his death.

In 2005, a film version of the series came out starring Martin Freeman, Sam Rockwell, Mos Def, Zooey Deschanel, and the voices of Stephen Fry and Alan Rickman. The movie was co-written by Adams before he died, and the film is dedicated to him. For me, the film is really fun and interesting, but its sense of humor seemed to have gone over the heads of some reviewers who found it, to quote Roger Ebert, “tiresomely twee.” I think television is a more accessible introduction to the work, and I’ll be looking forward to seeing who they cast.

So far, Carlton Cuse (Lost) will be the showrunner, with Jason Fuchs (Wonder Woman) as a feature writer.

With His Dark Materials, The Lord of the Rings, and other series being adapted, I’m just sitting here waiting for Tamora Pierce’s books to be adapted in any way, shape, or form. We have been denied an Alanna series for too long, and I’m waiting to see who will be brave enough to give a Game of Thrones budget to a female-led, medieval-inspired fantasy series.

Regardless, I’m excited for a new version of Hitchhiker’s and to see who ends up being a part of this hugely popular and dynamic series.