The Flash Tackles Policing to Mixed Results on the Message 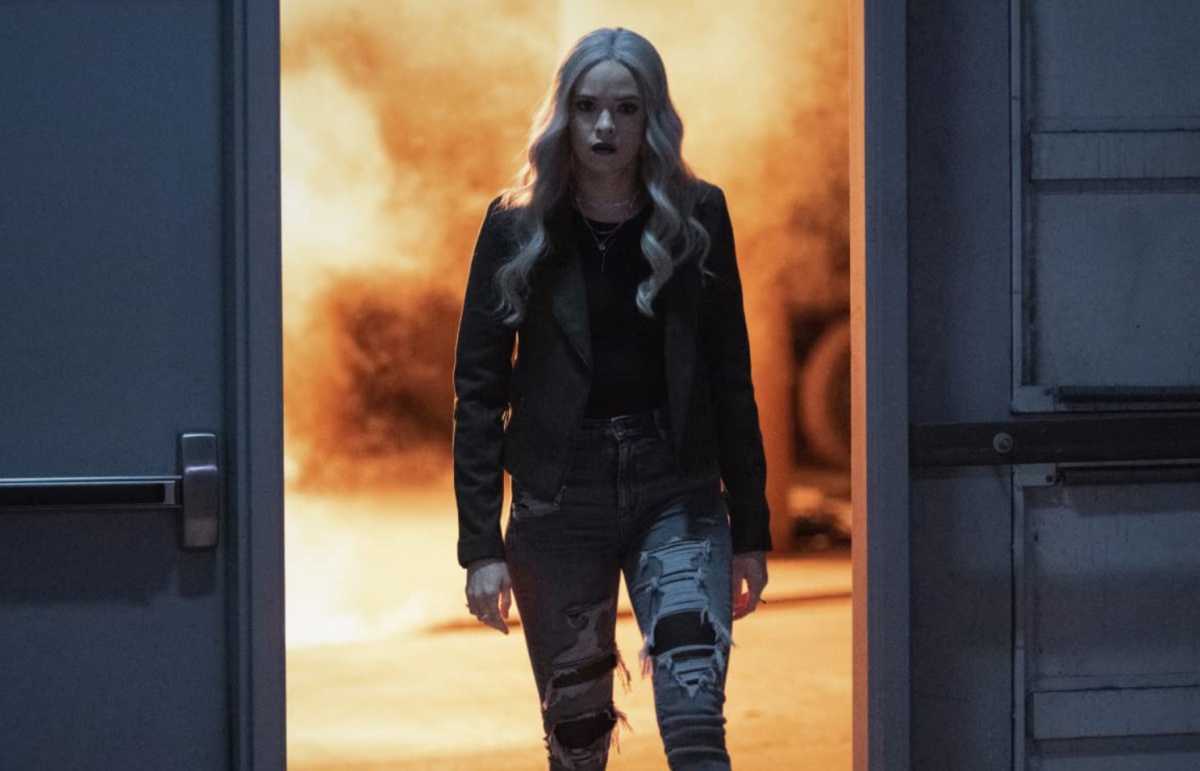 Since the George Floyd protests last summer, a number of shows all over the map have been trying to wrestle with their depictions of police in fiction and the realities of modern-day policing that affect Black and Brown populations every day. Just this week, a Black man was murdered by a police officer. The Flash is one of the most diverse shows in the Arrowverse that doesn’t have a Black main character, plus with a Black showrunner, the expectations about how The Flash would handle this discourse in its narrative has been brought up several times. The result, so far, is “Growing Pains.”

In episode five of this season, the character of Kristen Kramer (Carmen Moore) was introduced, a part of the Governor’s Municipal Logistics Commission to try to deal with the metahuman crimes committed in Central City. One of the people who she is after is Killer Frost, thinking she is responsible for the murders of some people. We all know that Frost is not responsible for this, but it does indicate a new ice metahuman, so Frost decides to go and investigate despite being told to lay low.

“I’m not some thug anymore,” Killer Frost says. After all, she just started to form her own identity and doesn’t want to lose her freedom, especially now that she and Caitlin have split up. Killer Frost, who goes by just Frost now, did kidnap and hurt other people with her ice powers (and some of that was her alter-ego Caitlin’s fault, to be fair).

We get a scene where Kramer, who is played by a First Nation actress, and Joe West (Jesse L. Martin), a Black man, talk about policing, where Joe says, “This ain’t how law enforcement is supposed to work” after Caitlin is arrested.

“You mobilized my task force to harass someone,” he tells Kramer, “who from all accounts is innocent—off of a phone call. There is no way in hell I would have authorized that.”

Joe then says that they are not the same person … and it’s like, yeah, not anymore.

“If you really want to honor your badge,” Kramer says, “you need to think of what is truly best for the public good.”

When Frost wants to break Caitlin out of jail, the latter talks her down, saying all Kramer sees is the “mistakes she’s made” and not all the “pain” she’s gone through and how she’s grown from all of it.

The Flash’s relationship to policing is a … strange one. In the comics, Iris West has a very bizarre parental lineage and is actually born in the 30th century, but her father, at least from what I could tell, was not a cop, and her adoptive father in the comics, Ira West, was a brilliant physicist. Barry has always been a forensic investigator/police scientist who was trying to clear his father of murder.

Therefore, there was never a reason to make Joe West a police officer, so deeply entrenched in the law enforcement system. Especially since as a vigilante, Barry’s job is to do what the police can’t, and as a reporter, Iris having a cop father is sort of a conflict of interest if anything corrupt would happen within the police system.

So why is Joe a cop? That is a question that isn’t on showrunner Eric Wallace to answer, since he wasn’t running the show when that choice happened, but it sadly is the question he has inherited. Iris’s father should be the “Harrison Wells” of the show based on the comics, but he wasn’t, and Joe being a cop has become less and less important as the series has progressed. Cecile as a defense attorney has been more compelling, especially since her change from hard-nosed DA came with gaining empath powers.

Wallace has promised something compelling for Joe, and this might just be the beginning.

“Joe’s story line this season is inspired by the societal changes happening in today’s world,” Wallace told Entertainment Weekly. “Because with everything we’re all waking up to each day in 2020, I felt there was a great opportunity here — even within our fantastical, family-oriented show — to comment indirectly on truths folks could easily recognize. And do so in an entertaining way.”

“Joe gets challenged by the events of the world that are going on nowadays. Of course, in a sci-fi superhero way, because we’re on a superhero show. And he really rises up.”

I don’t need or feel it is necessary to see BIPOC bodies be brutalized to have the points made, but I think that any show attempting to address real-world policing is going to have a hard time with it—especially since it has always been a problem; it has only just been highlighted more now. What I do hope happens is that Iris, Cecile, and Joe work to really figure out how to deal with real-world-adjacent police corruption as their own storyline, and they find ways to center BIPOC people. Because making an episode about police overreach into a Killer Frost episode is the kind of thing that sounds subversive on paper, but considering the racial issues in the fandom, is a net negative.

Especially since Frost did commit those crimes before joining Team Flash, and part of the reason they didn’t want to send her to jail was because she was still bound to Caitlin. That has changed, so while we are framing Kramer as the bad guy, she has more of a point than the show says.

Allegra is right when she says “jails do not make better people,” and it is a good message to hear, but most BIPOC people don’t get the choice to surrender peacefully with their lives, as Frost gets to do. We will see how the storyline concludes, but I hope it makes smarter choices.