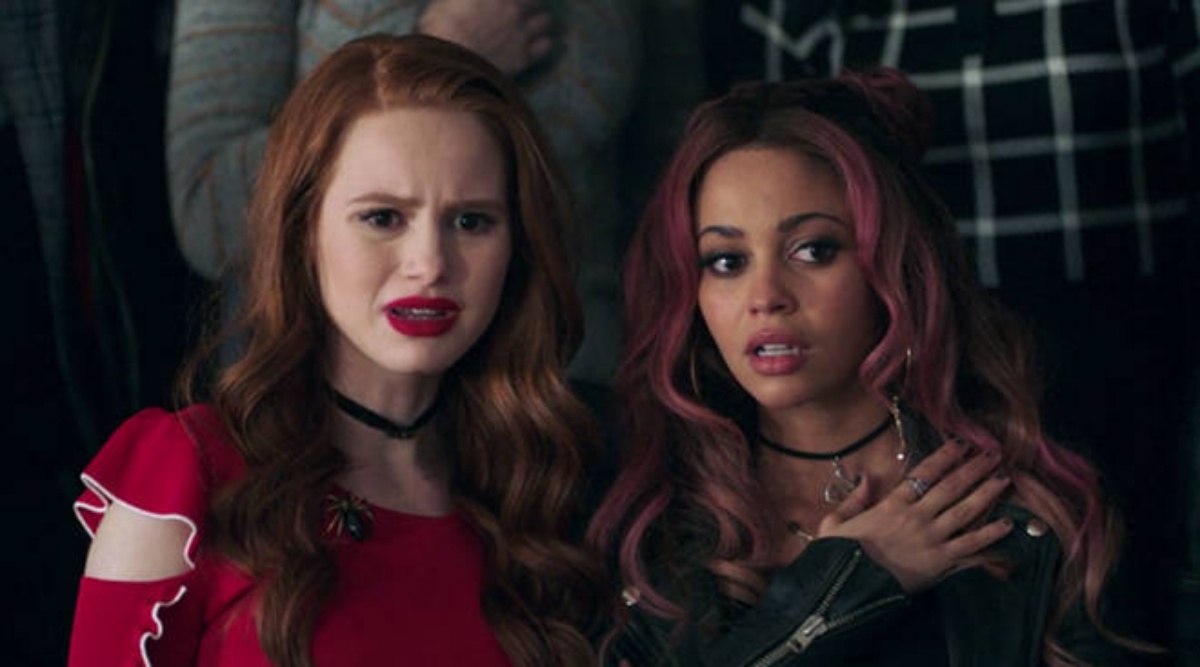 The CW’s Riverdale has always been that show where you ask yourself what you’re watching about twenty times per episode, and nothing changed this week as we saw the end to Edgar Evernever and his cultish plans. I mean, in terms of how to end a storyline about a cult, this one seems like right in line with everything we’ve come to expect from Riverdale—meaning that it makes absolutely no sense but we’re here and we’re invested, so we’ll just go with it.

In case you didn’t watch, let’s talk about it.

So, Betty’s mother was revealed as a secret FBI agent (honestly, not even the wildest thing to happen on this show) who was part of Edgar Evernever’s cult in order to try to break him. What Betty’s long-lost brother Charles (a fellow FBI agent and the child of FP Jones and Alice Cooper, so … both Jughead and Betty’s brother) finds out is that Alice is in danger, and they need to get her out of the cult.

You know how they figure this out? Well, they hear a gunshot, but more importantly, Polly Cooper ends up coming to the secret FBI facility they’re in (because everyone can just find this place) wearing a bomb. Edgar Evernever takes being a cult leader extremely seriously, so much so that he goes to extreme measures to protect his masterplan (which I’m getting to).

You’d think that Polly Cooper coming to Betty with a bomb strapped to her would be the wildest thing to ever happen on Riverdale, but it isn’t even the most bonkers thing in this episode. Betty, who’s apparently the only one who can stop the bomb and does so with a bobby-pin, stops the detonation of her sister and then decides that it’s time she rescues her mother. Heading to the new base for the Farm (the name of Evernever’s cult), Betty ends up taken and tied up within like two minutes.

But luckily for her, they tie her up with her mother, and the two can talk about Edgar’s plan and how to stop him. Now, this is when things get interesting. Edgar’s plan is simple: Cause an unnecessary distraction by killing his wife/daughter Evelyn. Evelyn posed as a high school student to lure followers to the Farm, but it was revealed last season that she was actually 26 years old and married to Edgar, so … hilarious.

Evelyn’s job was to drive a bus full of Edgar’s followers off a cliff while Edgar got away with flying his rocketship. Where was he taking the rocketship? Who knows? He was just flying off looking like Evel Knievel.

But the show ends with Alice Cooper taking a stand against Edgar Evernever and shooting him, abruptly ending the reign of his cult on Riverdale and freeing us of Chad Michael Murray wearing button-up shirts without actually buttoning them and just talking in an empty pool? (I’m so confused about the entire cult storyline. Someone help me.)