Things We Saw Today: The Clintons Take on Broadway’s Oklahoma! 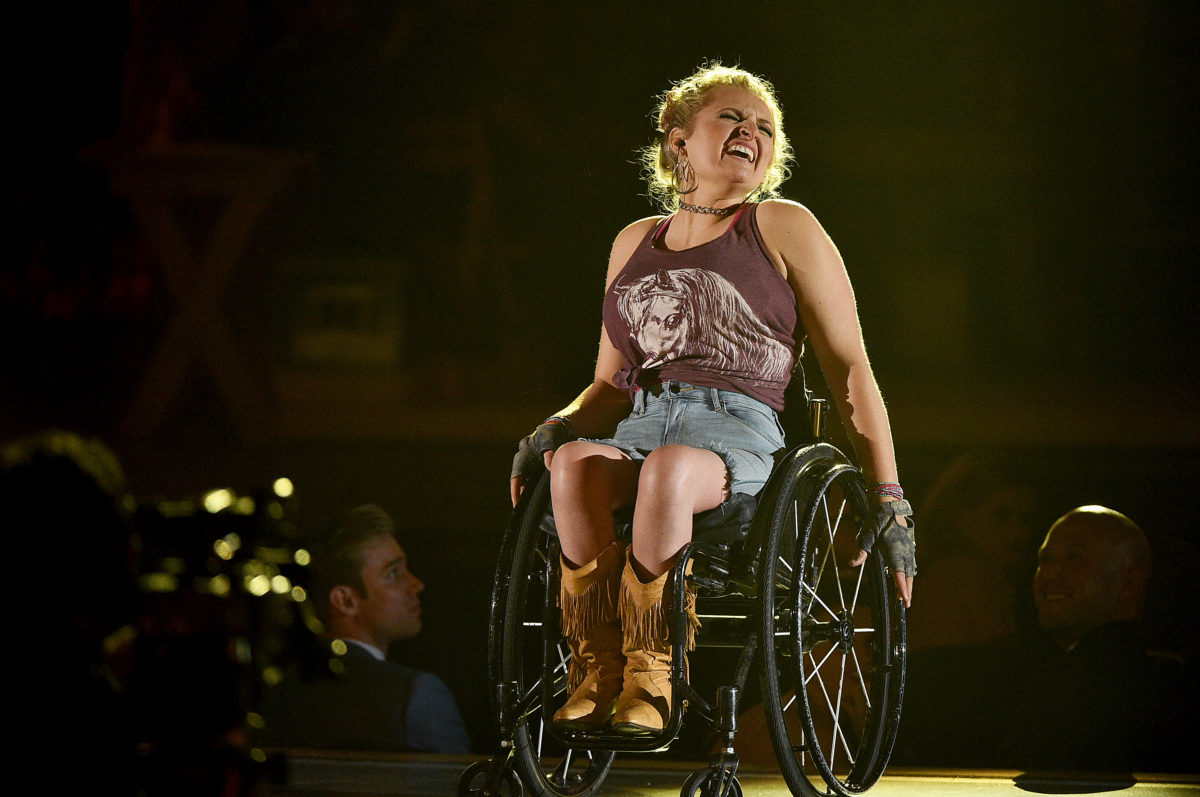 If anyone loves Broadway more than I do, it might just be Bill and Hillary Clinton. The former First Couple often takes to the Great White Way to watch all kinds of shows and this past weekend, Bill and Hill hit up the Rodgers & Hammerstein revival of Oklahoma! or, WOKElahoma if ya nasty.

The show, which does not change a word of the source material, nevertheless brought Oklahoma! into a new era and made it accessible for a new generation of viewers. The performances are incredible across the board, and the new staging is a revelation. This production single-handedly turned a show that I once absolutely loathed into a masterpiece I hope everyone goes to see before it closes January 19th. Luckily for us all, we at least know that Bill and Hill liked it enough to stay and meet with the cast afterward.

We were honored to welcome @billclinton and @hillaryclinton to OKLAHOMA! this weekend on #WorldAIDSDay. Thank you and the @ClintonFdn for your commitment to ending the AIDS epidemic. #OklahomaBway
📸: @jennyanina pic.twitter.com/HuFTonV8iM

My problem with most “revivals” is that they bring these shows back and do not say anything with them. Kiss Me Kate is still sexist and Carousel is still problematic. But that is, unfortunately, the way Broadway has functioned for quite some time. With Oklahoma! however, this revival has been modernized by focusing on the intentions and inner lives of the characters—showing more of their complex personalities via emotional performances, rather than actually changing the storyline. Purely through casting, acting, and staging, examinations of sexism, racism, the justice system, and sexuality that might go untouched otherwise come to the fore. This is not your Grandpa’s Oklahoma!

I told @HillaryClinton about taking @OklahomaBway from @BardCollege all the way to Broadway and jokingly said ‘it’s all down hill from here’. She took my wrist and said “No. It’s not. There’s always something more, somewhere further to push yourself. And you will.” She’s right. pic.twitter.com/PO2UjVDknY

Yes, it is the same show musically you’ve heard time and time again, but Laurey seems full of agency—or at least is hungry for it—and Curly is, seemingly, called out for his treatment of Jud. It helps that also Jud Fry isn’t just this creepy man who lives by himself on Laurey’s land; he’s a tragic, awkward figure in obsessive love but he doesn’t seem to see himself as a villain. They’re all fully fleshed out and complicated and the show doesn’t come off as an ode to the messages of the original production that are now outdated. Again, this is all done by brand-new takes on the characters by the actors embodying them and by extraordinary staging.

So yes, this is the “Oklahoma! that fucks” but it is also a beautiful take on revivals as a whole, and how we can look at our Broadway past and honor it by bringing these shows into the modern era and adapting them for newer audiences. Hopefully, Bill and Hill enjoyed Oklahoma! as much as I do because I want more revivals like this show. Also, did you fall in love with Curly? Because then, same.

Did we miss anything out there today, Mary Suevians? Let us know in the comments below!