The Chef Show Might Be My New Favorite Thing 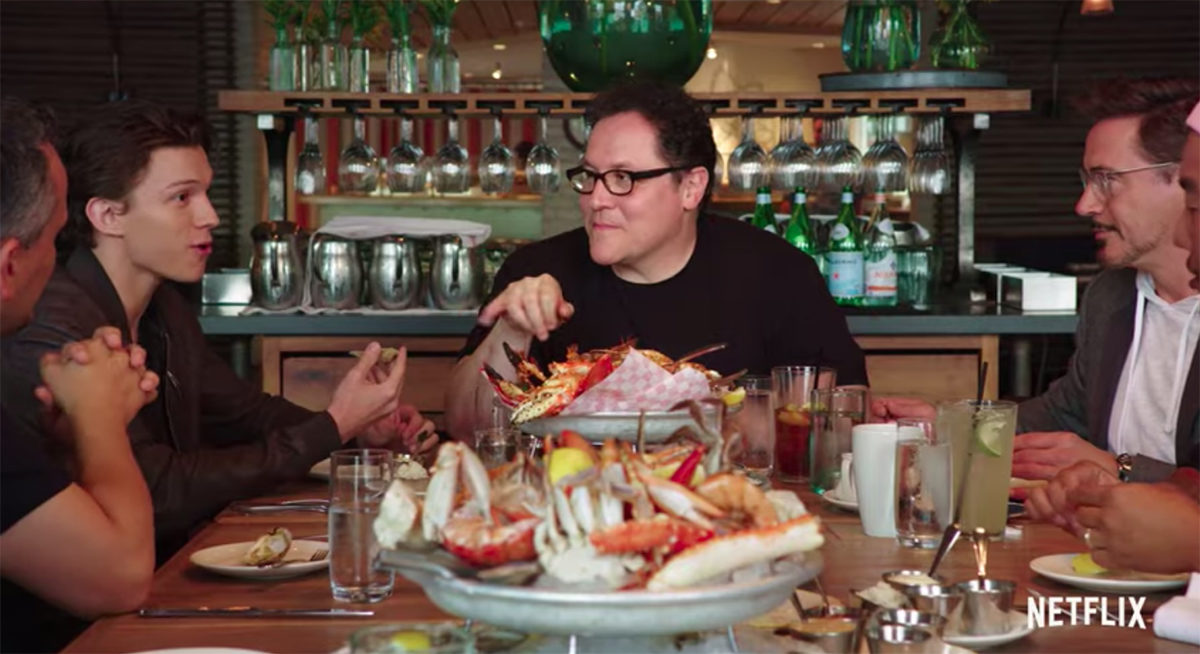 From making a “Pepper Pot” for Gwyneth Paltrow, to Robert Downey Jr. and Tom Holland eating four courses of burgers and seafood, Netflix’s The Chef Show is appealing to all of my interests and I’d like to personally thank Jon Favreau and Roy Choi for its existence. Based around Favreau’s love of cooking and his friendship with chef Roy Choi, the show is just a beautiful celebration of cooking, chefs, and the Marvel Cinematic Universe (sort of).

The first episode features a Gwyneth Paltrow cameo where the three cook at GOOP (Paltrow’s company) and they make the “Pepper Pot” after her namesake in the MCU. Maybe one of the best parts (and an internet favorite) is when Gwyneth Paltrow just completely forgets that she is in Spider-Man: Homecoming.

Gwyneth Paltrow genuinely did not know she was in “Spider-Man: Homecoming” so this adorable interaction from “The Chef Show” is easily my favorite thing on the internet today pic.twitter.com/lc3VlSs1Hp

From there, the Marvel love continued with Robert Downey Jr., Tom Holland, Anthony Russo, Kevin Feige, and Jon Favreau sat down with Roy Choi and the group ate enough seafood to make you full just by watching it. The best parts, in my opinion, were when they would intersect bits of behind the scenes information about the Marvel movies in with their conversation about the food.

The banter we’ve come to know from Robert Downey Jr. and Tom Holland on screen was very present in the episode as they went back and forth with each other, talking about what it was like screen testing with RDJ and how Tom Holland really does just flip around all over the place!

(And yes, before you ask, Tom Holland is British.)

Maybe it is because the world seems so dark and any bit of joy that comes our way is a feeling we want to cling to, but there is something about The Chef Show that just makes me want to smile as I watch it. Also, kudos to Jon Favreau for giving me the Iron Family content I need in my life.

You can watch the entire series on Netflix now and honestly, this is going to be my new comfort show. I’m obsessed with it.