No we can't give you a loan, but can I get a selfie anyway? 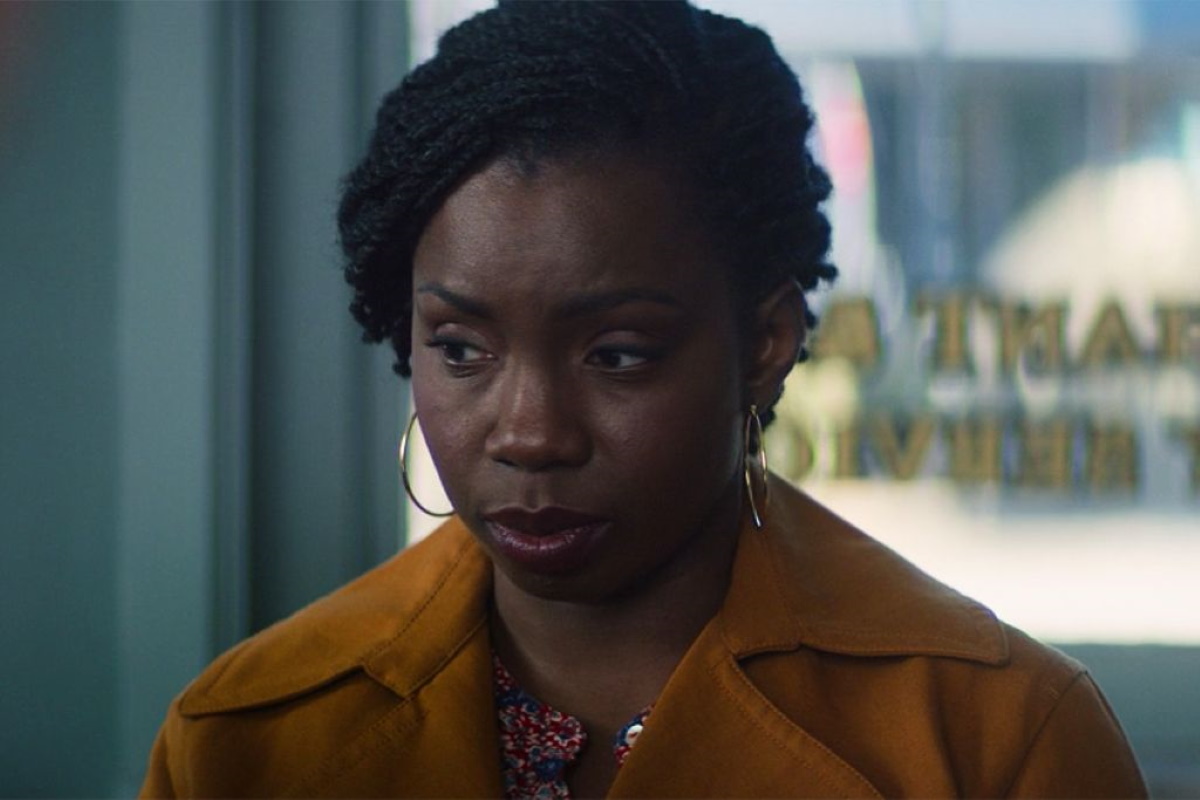 Spoilers for the first episode of Falcon and the Winter Soldier

The Friday night void that WandaVision left after its finale has been filled by the highly enjoyable Reluctant Partners to Friends (to Lovers?) trope, aka, The Falcon and the Winter Soldier. I enjoyed the pace of the premiere and how the main focus was on Sam and Bucky dealing with personal, individual issues in their lives, post-Blip. I thought we’d get the team up immediately, but I’m pleasantly surprised that we get to see these two, on their own, before we get to that couple’s therapy scene we got in the trailer.

Sam’s trying to return to his family after giving up the shield (much to the delight of the U.S. government, who I will never forgive for that square-jawed VHS bootleg version of Captain America), while Bucky’s haunted by what he’s done as The Winter Soldier, working to make amends in the angstiest way possible.

There’s a lot I can draw from in this first episode, but I wanna talk about the bank scene because of how relatable it was to me.

Let’s talk about that banker, first and foremost, the Avengers fanboy who enthusiastically does all of the following (after Sam pretends like he’s flying to make him realize he’s Falcon):

-Grabs his phone for a selfie without even asking permission. By the way, personal etiquette 101 says to ASK PERMISSION before taking a picture.

-Interrupts Sam as he tries to explain why he’s there in favor of trying to host a celebrity Q&A.

-Gives a real brief “my condolences” about Tony Stark. “Didn’t he set up funds for you?”

-Won’t even entertain Sam with the thought of looking at his plan for the loan.

-Ignores the fact that Sam’s been gone for five years because of the Blip. “You haven’t had an income for five years.” Sir. Half the world hasn’t. You KNOW this.

-Even if he knows he’s gonna refuse Sam’s need of a loan, he asks if he can take another selfie with him, this time, with his arms out.

Seeing Sam trying to get this loan, thinking his status as an Avenger would surely do it for him, only to have him rejected, is way too relatable as a Black woman watching this series. I was, most definitely, embodying Sam’s sister, Sarah, the entire time. Like her, I knew it wasn’t gonna work no matter how excited the banker was about talking to Falcon. She even says, at one point, “Funny how things always tighten around us,” in response to the banker commenting on how things tightened up once everyone started returning from the Blip.

We know what she meant when she said around us.

What’s extra frustrating (and real) is this sense of entitlement the banker has throughout the scene. He knows he’s not gonna give them the loan, yet he still assumes that since it’s Falcon, he can get that picture (maybe even with his arms out, oh la la?) and fanboy about superheroes. I’m actually surprised it didn’t end with him quickly saying how much he loves the Avengers and how he has a T-shirt tucked away in his bedroom drawer as Sam and Sarah dejectedly walked out of the bank.

This is a very real microaggression that happens to us. We’re expected to perform, in a way, especially if we’re asking a white person for something (in this case a loan). You can tell from Sarah’s stilted laughter as she watches her brother do this song and dance for this man, high-fiving him and posing for a selfie that’ll have #Falcon on Instagram or wherever it gets posted (minus the part about the banker shattering his dreams of helping his family get out of financial ruin, of course).

What’s worse is that Sam doesn’t get it, or is at least in denial of it, and says they’ll just go to a different bank.

This actually hit me harder than I expected it to, watching Sam insist that they just have to try harder while Sarah tells him, repeatedly, how many times she’s already tried. We even learn that their family has been banking there for generations, but none of the goodwill they have stored up means anything even if their struggles are due to an incident that affected the entire world and WOW is this ever coming out at an upsettingly appropriate time.

What makes this hurt so much is that a lot of times Black women are left on read when it comes to us talking about how we’ve navigated through traumatic experiences, and in this case, it’s her own brother doing it to her. I’m not saying he means to, but that is what’s happening here.

Right off the bat, when Sarah’s talking about how she’s been doing everything she could, alone, for five years, Sam says that it’ll be different because he’s here now. It kinda makes it sound like she hasn’t tried hard enough, that she went about it the wrong way, or that she isn’t capable of getting things done. We, as Black women, are constantly told how we have to push harder than everyone else, and a lot of times it ends up like the situation with Sam and Sarah—still being made to feel like our best wasn’t good enough because it’s not the solution that others want. Sam can’t fathom why she’d give up, even as she gives a play-by-play on everything she’s had to do to survive. She’s a widow, with kids, a struggling family business, and is surrounded in grief because of the huge amount of loss that’s hit the entire world. Just when she’s made peace with what has to be done, Sam comes in and guarantees that his way will work.

This means that she not only has to go through that rejection from the bank again, but she also has to go through it after Sam gave her an inkling of hope. She then gets to watch Sam put on this hero smile and get turned down, and instead of him accepting reality and acknowledging that she was right, he STILL thinks they can do it.

“You gonna do me like that when you know I’m right?” Sarah asks.

“Yep.” That’s Sam’s only response and the conversation’s over.

I predict that, in the future, they’ll either 1) never get the loan and will both be crushed, or 2) they’ll get the loan and it’ll look like Sarah wasn’t really trying (or she didn’t have the magic touch).

To be fair, I also think #2 would be achieved in some bombastic, superhero fashion, like Sam (as Falcon) rescuing the banker from certain doom and him having a change of heart. Though honestly, I kinda hope it’s more grounded in reality, and Sam comes to terms with the fact that they have to sell the boat. It’s been five years, Sarah’s been trying, it’s too much to hold onto, and as much as the reality of it sucks, it is reality.

That doesn’t mean he and Sarah can’t start anew, though, and I get the feeling that that’ll be the theme of the show. We got one character (Sam) trying to preserve a past that’s already trying to move on, and another (Bucky) trying to, let’s be honest, punish himself for his past. I imagine once they both come together and realize this about each other, they’ll learn from one another (after plenty of bantering) and realize the importance of acknowledging the past, but moving forward in the present.

Hell, maybe the banker will offer the loan after being rescued in a dramatic way and Sam will tell him that he doesn’t need it because Sarah’s got things handled.