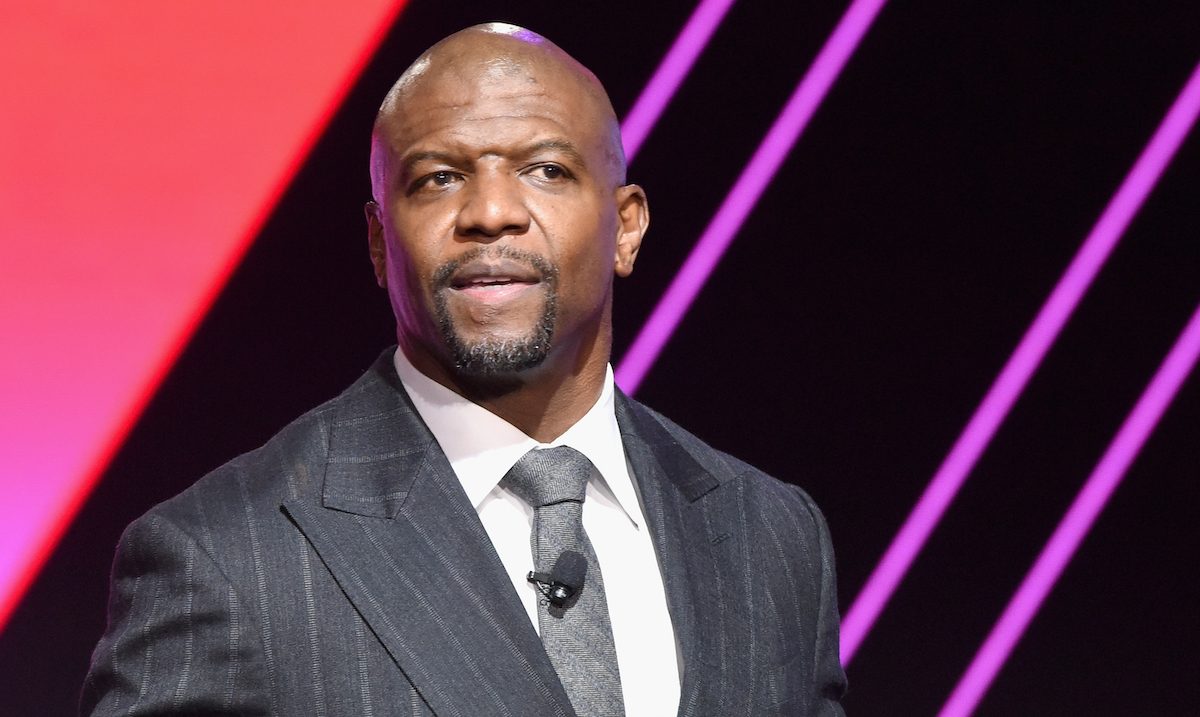 Back on February 24th, Terry Crews tweeted out a New York Times article written by Derecka Purnell. Purnell criticized a speech Barack Obama recently gave to a group of young black men at a town hall for his mentorship initiative My Brother’s Keeper. Purnell saw his words as “finger-wagging” and enforcing respectability politics.

“Programs like My Brother’s Keeper insist on making better versions of Trayvon Martin, the black victim, instead of asking how to stop creating people like George Zimmerman, the racist vigilante,” she writes. “Rather than encouraging them to dismantle the systems that deepen wealth inequality, Mr. Obama tells black boys to tuck their chains.”

Crews was not a fan of the article.

If a successful black man can’t advise the black male youth of the next generation, who will?

THE STREET. That’s who.

He was especially upset that the article was written by a woman. “You can speak with us— just not FOR US. There is a big difference,” he wrote.

Another thing that bothers me is that this OP-ED was written by a WOMAN about how how boys should be taught to grow into successful young men.

How would she know?

Wow. This is exactly my fear. That boys will grow up and become men who believe that “women” cant teach them. This is why women aren’t promoted. Paid less. Not paid. Exploited. We can’t “teach boys,” let alone men. https://t.co/2tKDmAY1dd

From there, the conversation morphed into one of single parents and the roles men and women in play in children’s development. And over a week later, that conversation is still going.

In a now-deleted tweet, Crews wrote that “paternal AND maternal love are like vitamins and minerals to humanity.” One user responded that “love is not gendered. a child will not starve with only one gender loving them.”

Crews replied, “But they will be severely malnourished.”

Wonder if any of the #BrooklynNineNine cast are going to address the disgusting things terry crews is tweeting pic.twitter.com/8znPusepOQ

This was taken by many to be an implication that children raised by one parent or by same-sex parents will be deficient in some way, despite his assertion that that wasn’t his meaning. This isn’t the first time he’s said something to this effect, though. Back in 2014, he went on The View and said, “I’m not discounting mothers, but [a child] will be insecure until he finds [a father].” Just like in his recent tweet, the first part of his sentence is negated by everything after the “but.”

He apologized for that tweet and called it a “wrong choice of words.” Maybe the vitamins metaphor just got away from him. Or maybe it was a clunky one to start in the first place.

I agree. It was the wrong choice of words in response to another tweet. I apologize. The tweet was deleted. https://t.co/5oZF4pjZh1

I apologize to anyone who was hurt by my “severely malnourished” tweet. It was in response to someone who said kids wouldn’t “starve”.

It was poorly worded so I deleted it.

However, he’s also continued to insist that his words were misinterpreted.

I explained it just like I meant to. You need both. https://t.co/2aXCUEiHDW

And, in fact, it does feel like his words were misinterpreted–but only because he presented them clumsily. It seems clear that in talking about maternal and paternal love, he’s not restricting this to mothers and fathers, but to all sorts of role models in a child’s life. But that’s a point he never really states clearly, and occasionally even contradicts.

I have another very controversial statement to make, and I will since I’m “canceled” anyway.

As a human being there are things you can only get from your mother.

While I believe love itself isn’t gendered, I’ve written here about the importance of female role models in young girls’ lives. That seems to be the same sort of message Crews is angling for, but his wording is not doing any favors to his argument. Nor is his decision to subtweet and mock those who were hurt by the (perhaps unintentional but still very present) implication that single parent or same-sex households were lacking some necessary form of love.

Me:
Human beings need exercise.#Woke Twitter:
FUCK you! I don’t exercise! I have NEVER exercised and I’m fine! My kids CAN’T exercise because they were hurt so now you’re mocking them! I demand you take that back and apologize! Terry Crews do better.

I’m sure there were some people jumping into this argument with the primary intention of expressing anger they didn’t actually feel. But Crews seems to be assuming a bad faith argument from the majority of people he’s engaging with and dismissing the possibility that he could have legitimately said something hurtful.

We’re big fans of Crews here. Over the last year-plus, he’s become such an incredible advocate for the #MeToo movement and non-toxic masculinity. Hopefully, he will recognize why so many people found his words hurtful but considering he’s been saying similar things for years, we might not get that wish.

Updated 3/6: Thank you, Stephanie Beatriz! And thank you, Crews, for listening.

Had a great talk with @iamstephbeatz this morning on set that shed a lot of light on why the LBGTQ community were hurt by my comments.

I want to apologize for anyone who was triggered or felt targeted. I was speaking out of my very personal experiences as a Black Father.

And while these experiences for me are very true and real, these can differ greatly from the experiences of others. Being able to sit with @iamstephbeatz gave me a perspective I had not seen before.

I believe men need to be more vulnerable in order to fix the many problems that we created and this starts with me. We don’t always have to agree, but we must always listen.

I love every person on earth, and want to see every man, woman and child flourish.