Things We Saw Today: Terminator: Dark Fate Appears to Be Dividing the Critics 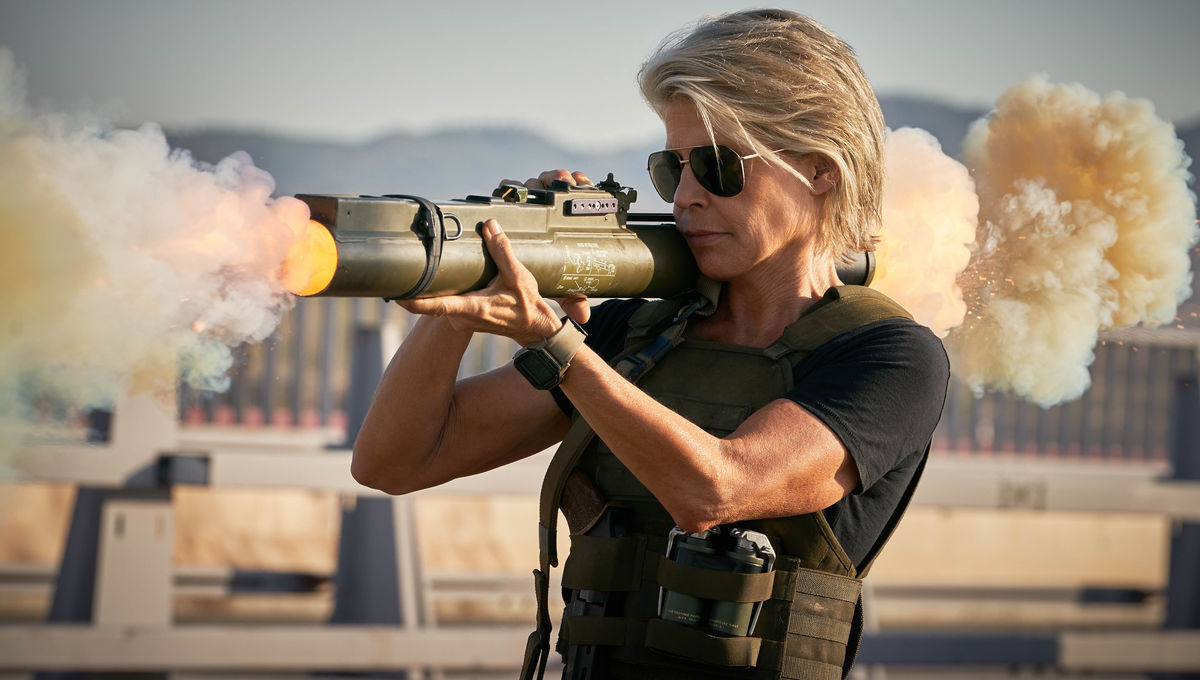 Terminator: Dark Fate‘s critical fate seems all over the board.

With about forty reviews currently logged over at Rotten Tomatoes, Terminator: Dark Fate is at a 65% freshness rating—a percentage high enough to keep it fresh for now, but considering that’s about a D if this were a test score, not exactly award-winning. The new movie, which features several women in key roles, including the epic return of Linda Hamilton’s Sarah Connor, was directed by Deadpool‘s Tim Miller. It particularly piqued our interest when Miller stated that the movie would piss off sexist Internet trolls. But has it pissed off the critics also?

No one seems to be totally burning this movie to the ground, but some reviews bemoan that Dark Fate sticks to old, rusty formulas, while others counter that it feels fresh. (Consensus seems to be that this one is much, much better than 2015’s Terminator: Genisys—not exactly the hardest bar to clear, however.) And some critics loved it, especially approving of the ladies leading this thing.

Let’s take a look at some of those choice Rotten Tomatoes-featured reactions:

“The female-focused Terminator: Dark Fate is a bold step forward for the franchise and one of 2019’s best action movies,” writes Comicbookmovie.com’s Josh Wilding.

Praise for Hamilton’s return as Sarah Connor is pretty much universal. “Grizzled Sarah Connor calls B.S. on each compounding plot contrivance and Linda Hamilton’s reactions are great. That doesn’t change the fact that she’s right though. A Terminator plot should be better than this,” says Peter Topel of Showbiz Cheat Sheet, tempering his review.

“Easily the third-best Terminator film, which is more of a compliment than it sounds,” says Empire Magazine‘s Helen O’Hara.

Clarice Loughrey, writing in The Independent, seems to summarize a good many of these reviews: “Perfectly fine. At times, it’s even quite good.”

You can get your fill of all of these assorted reviews over at Rotten Tomatoes. Right now, however, the reactions seem to range from impressed and psyched all down across a range to “meh”—but most people have some nice things to say about the movie. I’m ready to see it for Linda Hamilton in action alone.