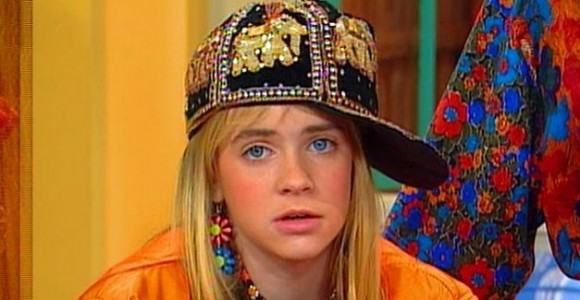 In the next phase of its interactive retro programming block, TeenNick has announced its first show swap. Starting September 5, Clarissa Explains It All will be replaced with Hey Arnold! and Doug will be replaced with Rocko’s Modern Life. Some might be sad to see Clarissa go, but personally? I think this means Roundhouse has a fighting chance of making a triumphant return to the air. Come on, Twitter! What are we waiting for?

Since it launched it’s ’90s nostalgia programming, The ’90s Were All That — which airs every weeknight from midnight to 2:00 AM, then reruns from 2:00 to 4:00 AM — TeenNick has promised an interactive element to what it puts on TV using social media. That way, if there’s a show that fans have expressed interest in seeing, it might just make it into the two-hour block. The ’90s have proven to be a ratings success for TeenNick, who saw its numbers jump by 114 percent after it started in late July.

All That and Kenan & Kel will retain their spots for the time being. But it looks like shows from the later part of the ’90s are ready to get their late-night moment in the spotlight when Hey Arnold! takes over for Clarissa. Rocko’s Modern Life was not one of the original Nicktoons, but it showed up early enough to be considered part of the “What the Hell Is This Show Doing On a Children’s Channel on a Sunday Morning????” universe. But could this mean that other shows could see a similar fan insurgence? May I be the first to suggest a Halloween event featuring two hours of Are You Afraid of the Dark? And, on behalf of all of us waiting with baited breath to reprise the theme song and roll the credits — can we PLEASE get Roundhouse back on the air? Or at least on DVD? Something! Anything! I will conduct a whistlestop tour if I have to!