Tech Workers Pledge Not to Help With Trump’s Muslim Directory 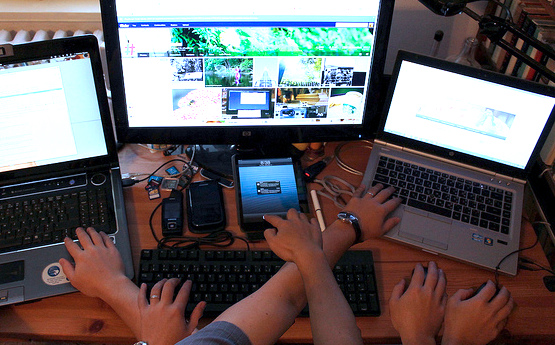 One of Donald Trump’s campaign promises (or suggestions, or outright lies meant to get the votes of ignorant people—even his supporters can’t seem to agree) was to create a registry for Muslim people living in the United States. Creating such a registry would take some doing, not just from a legal standpoint, but from a practical standpoint. While tech leaders haven’t put up much of a fight post-election, their employees just might.

The “Never Again” pledge makes an overt reference to the Holocaust, Japanese Internment camps, and other forms of mass discrimination and genocide across history. Those who have signed it will refuse to participate in aiding the Trump administration in facilitating another such event in the United States. The pledge states,

“We, the undersigned, are employees of tech organizations and companies based in the United States. We are engineers, designers, business executives, and others whose jobs include managing or processing data about people. We are choosing to stand in solidarity with Muslim Americans, immigrants, and all people whose lives and livelihoods are threatened by the incoming administration’s proposed data collection policies. We refuse to build a database of people based on their Constitutionally-protected religious beliefs. We refuse to facilitate mass deportations of people the government believes to be undesirable.”

So far, the pledge has nearly 600 signatures, and while that’s a great start, it’s not nearly enough to guarantee they won’t be able to find anyone to help build the registry anyway. To that end, there are also several links to civil rights organizations you might consider donating to in order to help prevent the Muslim registry from happening—along with a host of other potential rights violations under the incoming administration.

(via Vocativ, image via elPadawan)