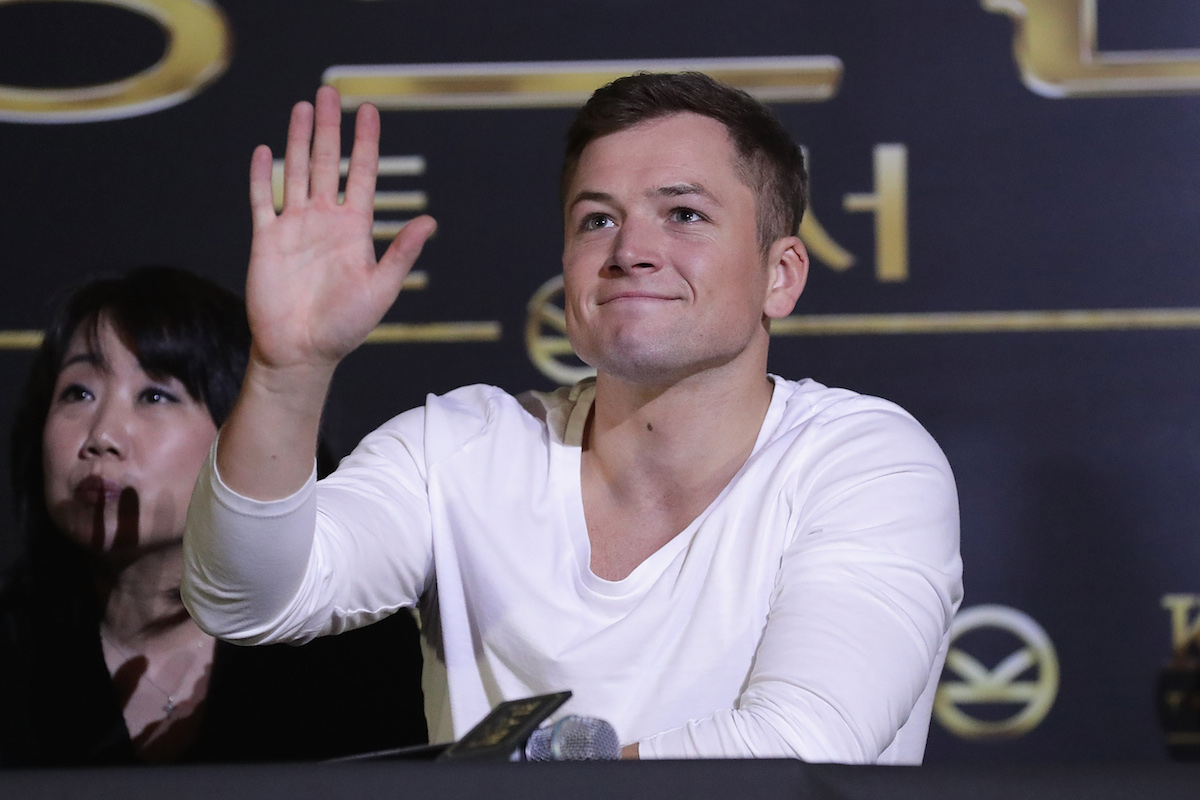 Taron Egerton has joined the ranks of (mostly) male celebrities who feel the need to criticize the #MeToo movement, despite their total fundamental misunderstanding of issues of sexual harassment and assault.

In a recent interview with Radio Times, he said the movement has made him wary of spending time alone with women, Mike-Pence style. “Like a lot of people with a profile I was like, ”Holy s**t, what have I done since I was 18?“’ Egerton said (via Digital Spy). ”I have just become single again and I’m not in a place where I’m thinking about dating, but when I am, it will probably affect my thinking a bit. There are certainly situations where I avoid being alone with certain people.”

Egerton also talked specifically about Kevin Spacey, with whom he worked on Billionaire Boys’ Club, which was filmed prior to the wave of public accusations against Spacey but released after, resulting in the movie bringing in a whopping $618 (not a typo) at the box office opening weekend.

But Egerton doesn’t think much of the accusations made against Spacey, which at this point include upwards of 20 different incidents, including multiple men who say Spacey assaulted or harassed them when they were minors.

“If I had been the subject of his advances, I don’t think that would have been the greatest challenge to deal with,” he said. “I don’t think I would have felt rocked to the core by it. It’s weird because he and I had stayed in touch, he had asked me to socialize. When it all kicked off, I don’t think I was particularly surprised by it. It’s such a tricky, complicated, and weird thing, it’s almost Greek [tragedy], isn’t it?”

Of course, in this case, we’re not talking about one anonymous tweet. We’re talking about dozens of people, speaking both on and off the record. But it is telling that Egerton either doesn’t know the details, or has conflated all such instances into one general notion of scare-quotes-entrenched “accusations.”

“He’s just gone now,” Egerton added of Spacey, as if he had died suddenly, rather than been asked to face the consequences of decades of alleged abuse and harassment. “Gone. We live in the age of the internet maelstrom and one tweet from an anonymous person can bring down a career.”

In another interview with The Telegraph, he expressed sadness for Spacey as well as for the movie they shared, saying “He was never inappropriate with me. There’s a fine line, though, isn’t there, between someone being an audacious flirt and being predatory? I thought he was the former. But it’s sad that his professional demise threw such a shadow over our film.”

Egerton did, at least, add that Spacey “obviously has made some people feel threatened, and that’s unacceptable,” but even that was said while defending Spacey as a “flirty older bloke,” making it clear the emphasis of the problem is on how people feel, not on what he did.

Egerton’s comments about both Spacey and the larger #MeToo movement are, as Catherine Mayer, the President of Women’s Equality Pay, said to HuffPost UK, “shockingly obtuse.” In both cases, “Egerton’s impulse is not to empathise with any of the victims or to question his own behaviours.” He dismisses the accusations made by dozens of men against Kevin Spacey by saying that he can’t imagine himself having a very hard time being harassed or groped or otherwise assaulted, implying anyone who has spoken about those incidents is either weak or exaggerating their experience.

Similarly, he dismisses the actions of countless other men by focusing on how it would affect him if someone accused him of doing those things. What is left out of that sort of perspective, though, is the actions that inspired these women and men to speak out. Taron Egerton isn’t alone in this way of thinking, but he is a high-profile representation of a certain type of person: the person who focuses on an accusation, without ever stopping to think about the action that preceded it. And if you never think about the action, then all accusations feel false as well as dangerous.

I get that for men like Egerton, the sheer volume of allegations being made must feel improbable. Because they don’t understand that the way in which we’re speaking about these things may be new, but the experiences are not. Not only are we working with a lifetime of backlog, but lots of people are out there, trying to call these sorts of behaviors out when we see them.

Egerton hears about men being accused of sexual harassment and assault and his immediate thought is to worry about himself, rather than to empathize with the countless women (and men) who have been victims of that behavior. That means that either Egerton has his own past actions to be worried about, or he thinks we’re lying, or just not worth empathizing with in the first place.