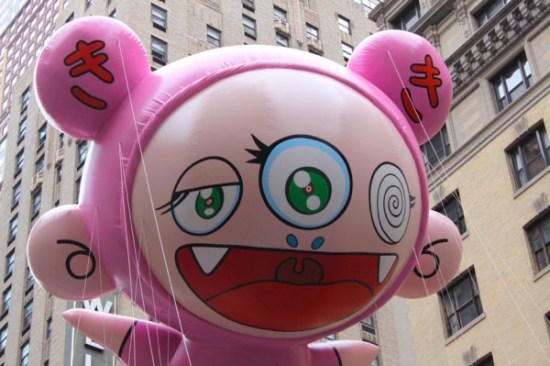 This year’s Macy’s Thanksgiving Parade, like usual, featured a number of new balloons, prominently featuring the transformed art of four pop artists.  Three of the artists have concrete ties to New York City, the home of the parade.  Tom Otterness‘ Life Underground has delivered a dose of the surreal to the 14th St. subway station since 2000, and Jeff Koons and Keith Haring are/were New York based artists.  However, that fourth artist… is more of an international flavor.

Takashi Murakami, Japan’s king of pop art, was honored with two balloons, one each for his characters Kaikai and Kiki, and appeared himself, in costume, riding the float beneath them.  more pictures of what happens when you take already strange-to-western-eyes Japanese otaku culture and filter it through a “high-art” lens to follow. 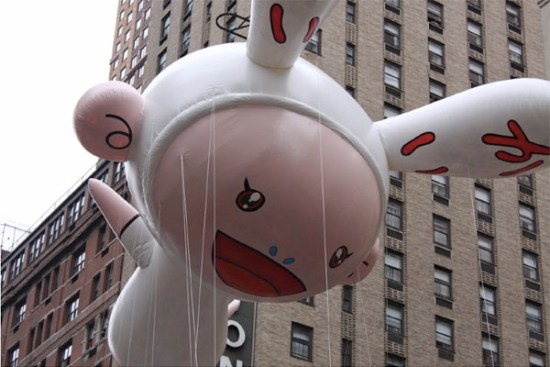 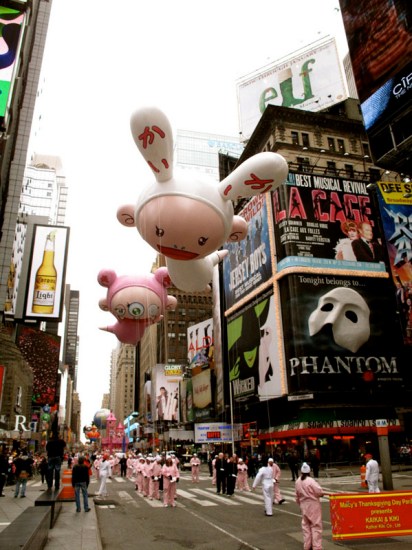 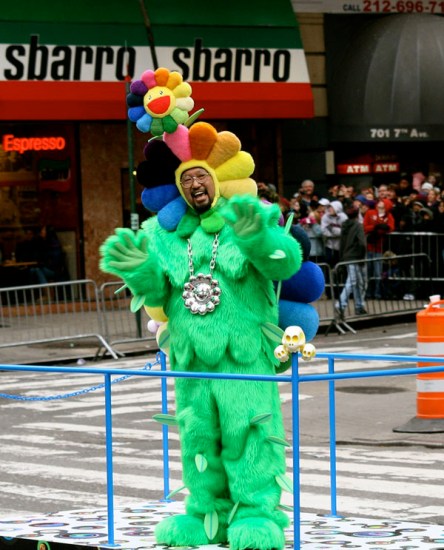 It looks like Mr. Murakami was having fun giving a serious WTF moment to most of the Americans watching the parade.  We applaud his efforts.