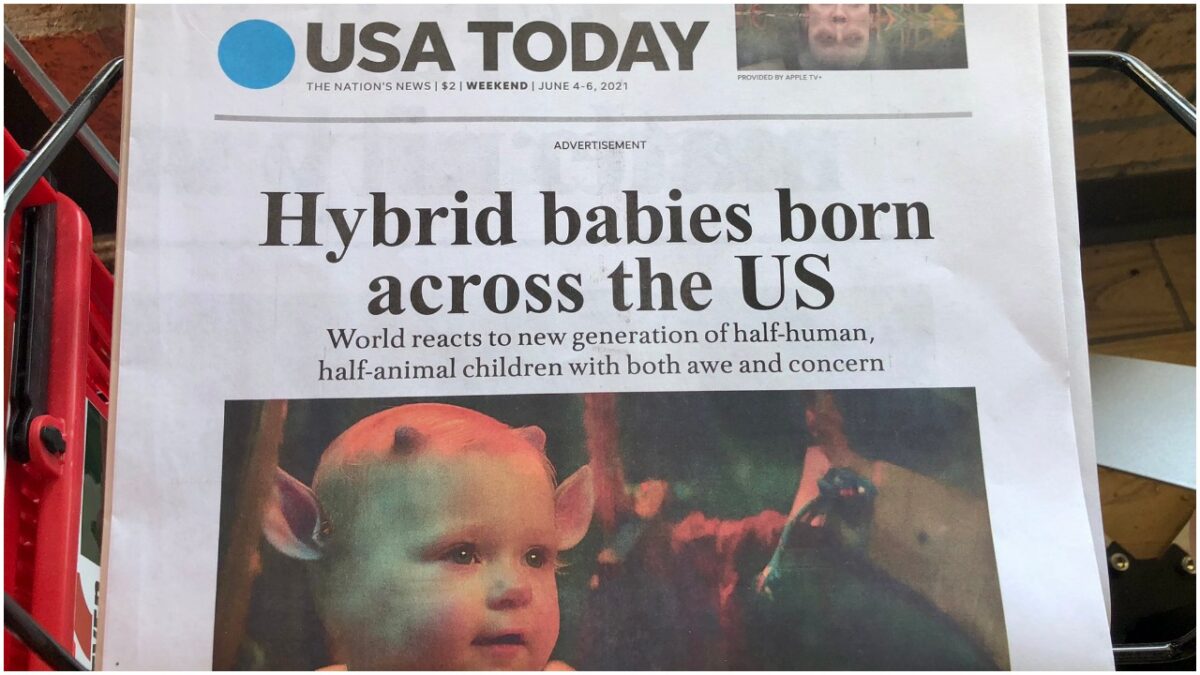 A new ad campaign from Netflix is poised to scare and confuse readers of USA Today. The ubiquitous hotel lobby newspaper published a full page ad in its June 4 weekend edition to promote the new Netflix series Sweet Tooth. Ads in newspapers are nothing new of course, but this particular ad is actually an advertorial, i.e. an advertisement written in the style of an editorial news item. And unlike an ad that promotes L’Oréal or Butterfingers or Excedrin, this particular ad promotes a fake story about mutant hybrid babies. Just take a look:

Is anyone talking about USA Today selling its front page to Netflix for Sweet Tooth? pic.twitter.com/1DGgdO13HT

Sweet Tooth is a charming science fiction fable inspired by Jeff Lemire’s DC comic book series of the same name. The series takes place a decade after “The Great Crumble”, where a highly contagious plague known as “the Sick” decimated the world’s population. At the same time that the Sick was ravaging the world, all babies were mysteriously born as human-animal hybrids. The remaining humans blame the hybrids for the virus, and start rounding up these adorable critter babies for experimentation and worse.

The ad is, of course, designed to look like a real news article. And despite the word “advertisement” hanging above the headline, this is bound to confuse and scare older generations who may not be as media savvy as their grandchildren. It’s an eye-grabbing ad, but nowhere on the front page does it mention Netflix, Sweet Tooth, or any indication of what is being sold. It’s a puzzling campaign to say the least. 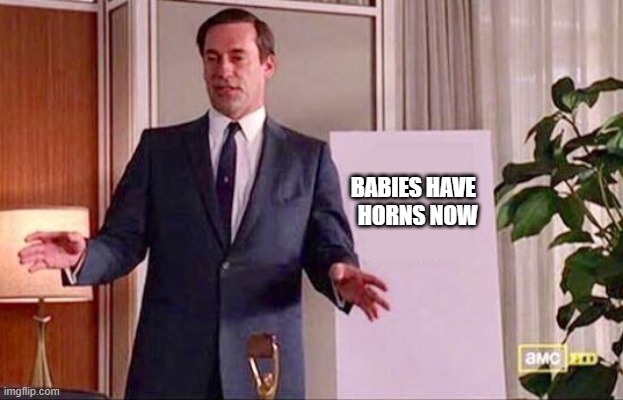 The advertorial was first reported by io9, who reached out to Netflix and USA Today. Their response can be seen below:

“When io9 reached out to Netflix to ask them about the matter, a representative told us, “We won’t have anyone available to speak to this tactic.” In an e-mailed statement, USA Today’s rep said “the campaign was clearly labeled an advertisement and adhered to our advertising guidelines and protocols.” Those guidelines include “Ads cannot resemble news or front page format of USA Today.” To inquire further about the decision-making process that went into the Sweet Tooth ads, io9 also directly contacted, but did not hear back from, Kevin Gentzel, Gannett/USA Today’s head of marketing.”

USA Today has published stunt cover stories before, most notably in 2015 with their Back to the Future Part II commemorative papers, which featured the same front page as the one Marty McFly sees in the film. But the Back to the Future franchise is universally recognizable and iconic. I’d venture to say that Netflix’s Sweet Tooth is hardly on the radar of the average USA Today reader.

The advertorial seems at best irresponsible and at worst, a capitulation to the audience’s hunger for fake news, reinforcing the myriad conspiracy theories of the internet. It reminds me of that old tabloid staple The Weekly World News, which frequently ran headlines like “Mini Mermaid Found in Tuna Fish Sandwich” and “Bat Boy Escapes New York!”.

Many took to social media to call out the irresponsibility of the ad while others were amused:

Round of applause for whoever came up with this #SweetTooth ad in @USATODAY. pic.twitter.com/wVvrojT0LL

I was upset reading this… now I am mad at myself @USATODAY and @netflix It just goes to show you…. reading is fundamental. #RIF #ReadingRainbow #SweetTooth pic.twitter.com/laP6LCXXAr

Best ad I’ve ever seen for a movie! Ran in @USATODAY 4 page ad that wrapped the paper. I thought it was real for half a minute! https://t.co/OiC0qPjvuK pic.twitter.com/DC8WLNIYDX

In 2020, The Tennessean, which is owned by Gannett, ran a full-page ad claiming a bomb had been planted in Nashville by “Islam.” Lots of handwringing about the ad after it was published, but no explanation as to how it happened in the first place https://t.co/2rvBFi8rsH pic.twitter.com/m3QJrGMngg

Every day brings a new reason to be grateful I don’t work for Gannett anymore pic.twitter.com/RlD7kdTXfH

Still can’t quite believe that @USATODAY allowed the real paper to be wrapped in a fake paper about a world where people have grown antlers. (It was an ad for @SweetTooth on Netflix with minimal disclosure.) pic.twitter.com/otlNsr0bUt