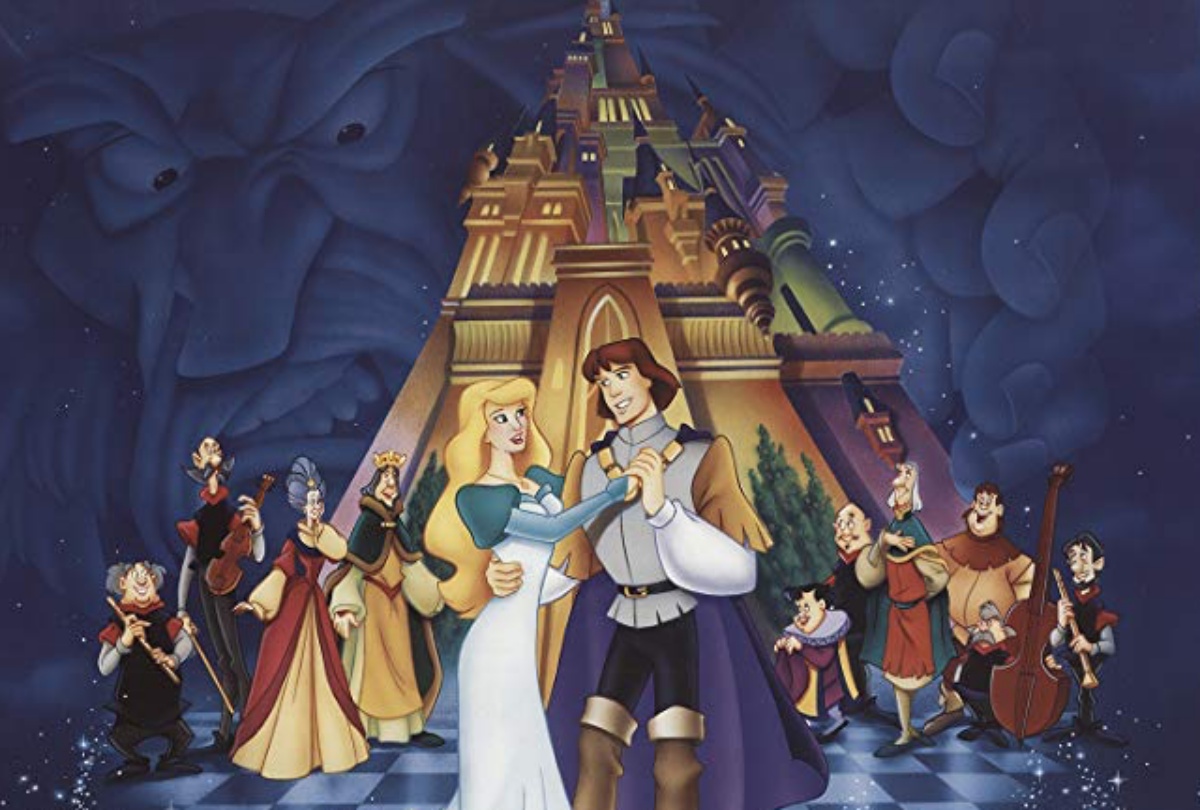 On November 18th, 1994, the animated feature film The Swan Princess was released from Nest Entertainment, directed by former Disney animation director Richard Rich. It was the first animated film from Rich since The Black Cauldron. Due to the re-release of The Lion King and mixed reviews from some critics, the film only made $9,771,658 against a $21 million budget.

Yet the film thrived on home video where a different audience that wasn’t dragged to see The Lion King again was allowed to experience it. The Swan Princess went on to make eight direct-to-video sequels and is a thriving franchise despite it all. What keeps people returning to The Swan Princess, and how did its director and producers keep the series going despite the initial mixed response?

If you’d told me as a child that The Swan Princess performed poorly, I would not have believed you. I fanatically begged my parents to rent the movie time and time again until they finally allowed me to own it.

Based on the ballet Swan Lake, it tells the story of Princess Odette (Michelle Nicastro) and Prince Derek (Howard McGillin), two royal children who are arranged to marry at birth and spend their childhood getting reverse parent-trapped by their royal parents, King William (Dakin Matthews)  and Queen Uberta (Sandy Duncan) through the exposition five-minute masterpiece that is “This Is My Idea.”

Beyond their arranged marriage, the evil sorcerer Rothbart (Jack Palance) wants to take over King William’s kingdom for himself by mastering a type of dark magic known as The Forbidden Arts. When that plan is foiled, he promises to destroy everything William loves.

Years later, after one last failed attempt for the two to be engaged. Rothbart acts on his plans to get revenge by killing William, kidnapping Odette, and attempting to gain the kingdom not by violence, but by marriage. Derek spends the rest of the movie trying to find and save Odette despite everyone telling him the young princess is dead.

After I spoke with director Richard Rich and producer Seldon Young, it was clear that these two were drawn to the project out of a real desire to tell a fairy tale story. With the success of the Disney Renaissance and the works of Don Bluth that seemed like a real possibility.

One of the things that always stood out to me about The Swan Princess was the fact that the relationship between Derek and Odette is probably one of the few where the charmed couple actually spends a lot of time together. They know each other their entire childhood and get on each other’s nerves pre-glow up. I think the scene where Derek proposes is probably one of those moments that subconsciously stuck with me from childhood.

Post “glow-up” Derek and Odette see each other as adults and the heart-eyes flow. Derek tries to arrange the wedding, but Odette stops him saying wait.

It’s a scene that I still hold against Derek to this day, but I remember being very struck by Odette’s assertion that she wanted to hear why Derek wanted to marry her. There was obviously a mutual attraction, but seeing as they had spent a huge chunk of their lives in girls vs boys combat, wanting to be reassured this wasn’t just about vanity was meaningful.

Fairy tales are about beautiful people falling in love. Even if they aren’t beautiful at first, they are usually rewarded with beauty. Even though Odette is beautiful, it was great that she knew her value was more than that and honestly, it’s Odette whose presence I always stuck with.

After being captured by the villain, Odette doesn’t take any crap from him the entire movie. She stands up to him despite being cursed and still manages to show kindness to the animal friends she makes in the lake in Swan form. Odette also isn’t just sitting waiting around for Derek. We see her in swan form attempting to contact him (almost getting killed in the process) but (at least in this movie) she can’t communicate with him when she’s in Swan form.

Everything about Odette meant something to me as a child, both from her character design (that hair) to her spunk, and I think while movies like this and Anastasia get thrown aside as Disney knock-offs (and in retrospect they do have some issues), the reason they worked for me as a kid is because the characters just felt more morally complex.

Derek, because of his beauty statement, has to spend the whole moving having to learn how to communicate and express his emotions. We watch him prove that he loves Odette by not giving up on her when everyone else does. Their love is work, and that is a refreshing change. Even in the first two direct-to-video movies, we see that they are still working on their marriage.

The song “Magic of Love” from the second movie addresses Derek and Odette’s relationship and their “Happily Ever After” from the first movie didn’t mean everything was perfect. They still had to work on communicating better, making time for each other, and while as a kid I couldn’t fully understand it, as an adult it made me enjoy their relationship all the more.

Speaking of songs, the music in the film was composed by David Zippel and the score was composed by Lex de Azevedo. The theme song “Far Longer than Forever” was written by lyricists by de Azevedo and Zippel and became nominated for a Golden Globe in 1995 for Best Original Song. I really love the music in this movie, mostly because it felt Broadway musical upbeat overall. I love “This is My Idea” and “Practice, Practice, Practice” to the point where I’ll quote them often in my head and just end up breaking into song completely.

When the movie was coming out and it was becoming clear that The Swan Princess would not do well, both Young and Rich spoke about being reassured by the people in their lives about the film.

“If I responded with anything other than discouragement I wouldn’t be telling the truth,” Sheldon said. “My partner called me up and said ‘I had a dream last night, sometime in the future Swan Princess is gonna do really well. Everything’s gonna come back.”

Rich had a similar story of getting hourly updates about the film’s box office and realizing that it wasn’t getting the same theater traffic as Lion King. It left him brokenhearted, but his wife came to him with beautiful support. “My wife came to me and said ‘don’t you give one thought to this, you made a great movie, it should not fail’ Just to know that my wife thought I made a great movie was all I needed.”

Both ended up being right, because now they have made nine movies in the franchise, with another film in the works. That didn’t happen for Quest for Camelot or Thumbelina.

The CGI animated films were something I hadn’t been aware of until my goddaughter asked to watch them. At first, I just wasn’t used to the animation style, but once I actually pushed past it, I enjoyed seeing these characters again and I loved seeing my goddaughter be excited about characters I loved when I was her age.

“This wouldn’t still be going on without the fans,” Young said. “Name ten film franchises that have nine or more feature-length films?” The Swan Princess is one of (if not the most) successful independent animated film franchises of all time because it has managed to evolve. “[It] was the last completely cell-drawn animated movie.” When Sony Home Entertainment wanted to help continue the series, they had to realize that since there is no longer the same 2-D animation, kids were growing up with a new digitally animated format, and so these sequel movies reflect that change. And it has paid off. (Although Odette’s transformation sequence from human to swan will always be one of my favorite pieces of animation anywhere.)

“If you were to sit down and watch Swan one all the way until ten, you see a continuous storyline, and that’s why it has been able to continue for so long,” Rich says. “They are my best friends.”

Not to bad for a “box office flop.” They shared an interesting anecdote about going to the theater to see how audiences picked the films. Young recalled seeing that if there was a group of kids with say three girls and one boy, and the girls wanted to see Swan Princess, the boy would say they wouldn’t go, and so the group ended up seeing Lion King or something more boy-centric.

While I know we have changed since then, I do remember those sharp divides between media boys could watch and girls could watch. There were acceptable girly movies, but it was usually if they were Disney. My brother couldn’t get away with that stuff since my name is Princess, but I would see it happen in school. Even when Disney revamped itself with Tangled they stayed away from making it too skewed toward one gender in order to make sure they could get boys to watch it too.

Now, Swan Princess is celebrating its 25-year anniversary with a Blu-ray release of the film. Rich and Young wanted to have the release of the film take place in October, while it was still Breast Cancer Awareness month, to pay tribute to Michelle Nicastro who was the voice of Odette in the first three films (she wasn’t the singing voice in the first). Rich said that he picked Nicastro because she “sounded like a princess.” Nicastro passed away from breast and brain cancer back in 2010.

For me, The Swan Princess was never a flop, it was a household name that I kept returning to because it felt familiar and different. I enjoyed the blending of comedy and darkness with Rothbart, I enjoyed the romance, and most of all I enjoyed watching a princess standing up for herself.

The movie has held up because when people actually got to see it, they enjoyed it. Also, I think so many people get obsessed with Disney’s standard they forgot that fairy tales existed long before Walt and that there is nothing wrong with having different people tackle those stories. The nitpicking that exists for non-Disney animation is honestly really boring and transparent sometimes, so I’m glad that my childhood favorite has survived it.