Supergirl‘s “Fort Rozz” Teaches Us the Importance of Trust 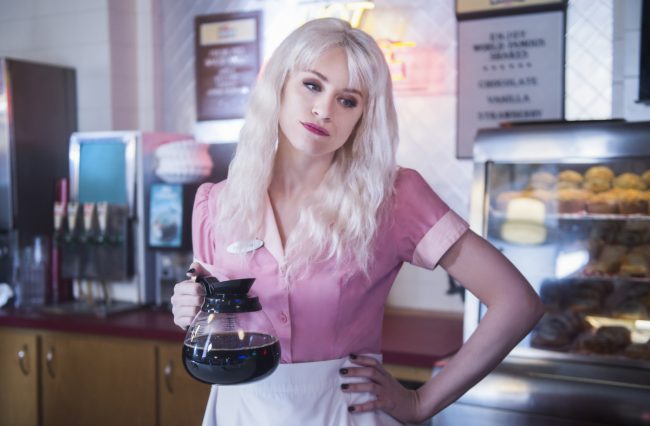 This week’s Supergirl brought together an amazing all-star team of female heroes and villains (soon-to-be-anti-heroes?) to go on a mission to bring down Reign. It also allowed Alex to flex her mom muscles DEO-style, and found Winn and Brainiac 5 fighting over who gets to be the smartest in the room. Welcome to Season 3, Episode 11, “Fort Rozz.”

Here’s the official synopsis from The CW:

SUPERGIRL TEAMS UP WITH SATURN GIRL, LIVEWIRE AND PSI — As Reign (Odette Annable) continues to terrorize the city, Supergirl (Melissa Benoist) teams up with Saturn Girl (guest star Amy Jackson), and the two recruit Supergirl’s former enemies, Livewire (guest star Brit Morgan) and Psi (guest star Yael Grobglas), to form a team for a mission to Fort Rozz to recover a prisoner who has information on how to defeat Reign once and for all. Meanwhile, Alex (Chyler Leigh) babysits Ruby (guest star Emma Tremblay).

All joking aside, I thought it awesome enough that Supergirl and Saturn Girl were going to have to team-up to go to Fort Rozz and find the priestess Jinda Ka Rozz. But knowing that Supergirl wouldn’t have her powers, because they’re dependent on a yellow sun forced an even more awesome situation involving the return of one of Supergirl‘s best villains: Livewire.

Brit Morgan’s return was such a welcome sight. She kills in this part, and with each appearance, the role has felt more and more lived-in. In this episode, we’re introduced to a Livewire who’s a little more vulnerable despite her tough talk, thanks in no small part to Supergirl’s kindness and mercy. And I’ve gotta say, Livewire as a waitress was the best. I’d go to that diner just so she could give me shit, because she’s awesome. Hell, I’d probably become her friend so that we could talk trash about everyone else. Not really. Well, maybe just a little.

Even more unexpected was the return of Psi, especially since between her and Livewire, Psi seems the most intent on villainy, the more serious of the two. But with Supergirl not having her powers, and with Psi having bested Martian Manhunter with her mental powers, it makes sense that Supergirl would need her on this mission.

Watching these four women have to work together to not only fulfill a mission, but keep each other safe, was a wonderful depiction of how women are at their best when they stop competing and start working together, when they trust each other. Hell, that’s not just a lesson for women, but for everyone. We can only get so far while remaining suspicious of each other. We’re better when we drop our suspicions and fear to work together.

I was genuinely sad when Livewire, in saving Supergirl from one of Reign’s blasts, caused her own demise. I was really looking forward to that character maybe becoming a Harley Quinn-esque female anti-hero that would perhaps eventually work alongside the DEO and the Legion of Superheroes. Yet, it was poignant that she died saving the person she once thought of as her mortal enemy. Supergirl saved her, and now Livewire returned the favor.

Meanwhile, Psi is now in a position to take on that anti-hero space. She seemed genuine when she said that her using her powers on Imra (A.K.A. “Matilda”) was an accident. She not only needs to be locked up because of what she did, but because she’s not fully in control of her very dangerous powers. However, during this mission she seemed to change a bit for the better. She offered Supergirl condolences on the loss of Livewire, and when Supergirl asked the DEO guards to put her in a better room with a window, she smiled. The show seems to be telling us that there’s some hope for Psi, and I would love to see her evolve into more of a hero. Even a reluctant one.

I just wish they’d lay off the constant nursery rhymes. They haven’t fully explained it yet, so now it just seems like…she’s really into reciting nursery rhymes? Ugh. No.

Lastly, we watched Supergirl demonstrate a huge amount of trust in Reign. Her trust, plus Psi’s powers, brought Sam out from underneath Reign’s personality for a second, and this experience prompted Sam to reveal to Alex that she needs help. That she’s been losing time and memories. It’s interesting to see Sam also fighting Reign, but in a different way. Perhaps one day, if Sam wins control before Reign needs to be taken down and put away, Reign can also become a force for good. 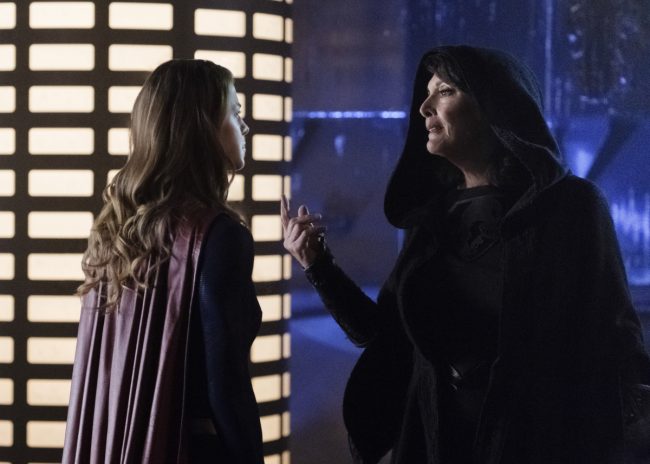 The Opposite of “What to Do.”

I was also way into the rivalry between Winn and Brainiac 5, because really smart people often have a hard time not being the smartest in the room at any given time, so the conflict felt based in truth.

It also highlighted something I find really interesting: the push-pull relationship between modern technology and not becoming tech dependent, maintaining a certain level of craft and improvisation. Brainiac 5 had become so dependent on Future Technology that he could barely operate in a world without it, whereas Winn was able to think on his feet. Necessity is the mother of invention, as they say, so Winn was more able to adapt and come up with a solution precisely because he didn’t have a solution at the push of a button.

Other than highlighting this perpetual conflict of ideas, their subplot also showcased the opposite of what the women were doing on Fort Rozz. It showed us what “not to do.” While the four women who went to Fort Rozz hated each other to varying degrees, or disagreed greatly in their approaches, or had different worldviews, they were able to put it aside for the mission, and those that remained ended up growing a little closer because of it.

Meanwhile, Winn and Brainy were so busy competing, that when Winn finally came up with the solution for communicating with the team in orbit, neither one of them could take joy in it. Brainy went on to communicate with the women, insinuating that the solution was his doing, and Winn remained resentful.

Lesson: put your pride aside, and work together in spite of your differences. You’ll come out on the other side better than when you started.

Alex as a Mom

Lastly, I thought that the Alex/Ruby storyline was sweet and necessary for a number of reasons. It allowed the show to tackle cyberbullying in a really cool and fun way where Alex got to take on a girl bullying Ruby at school. It also allowed Alex to heal a little bit more from her break-up with Maggie while also getting to exercise her mother muscle while watching Ruby.

Kids clearly matter to Alex, and until she is able to become an actual mom, it’s beautiful that she has a surrogate daughter figure in Ruby, a girl whose own mother loves her dearly, but is also perpetually unavailable. Ruby and Alex need each other, and I’m glad that Supergirl keeps bringing them together.

This was another solid episode of Supergirl that had me feeling many feels. R.I.P. Livewire. I wish we could’ve gotten to know you even better. However, we now have two new characters that we’ll likely be getting to know, as it seems that the two women we met at the end of the episode might be the other Worldkillers, Purity and Pestilence. How will they connect with Reign? We’ll hopefully find out next week!

What did you think of this week’s episode? Sound off in the comments below!

Supergirl airs Mondays at 8PM ET/PT until February 5th, when it will go on hiatus again until April 16th in the same time slot on The CW.