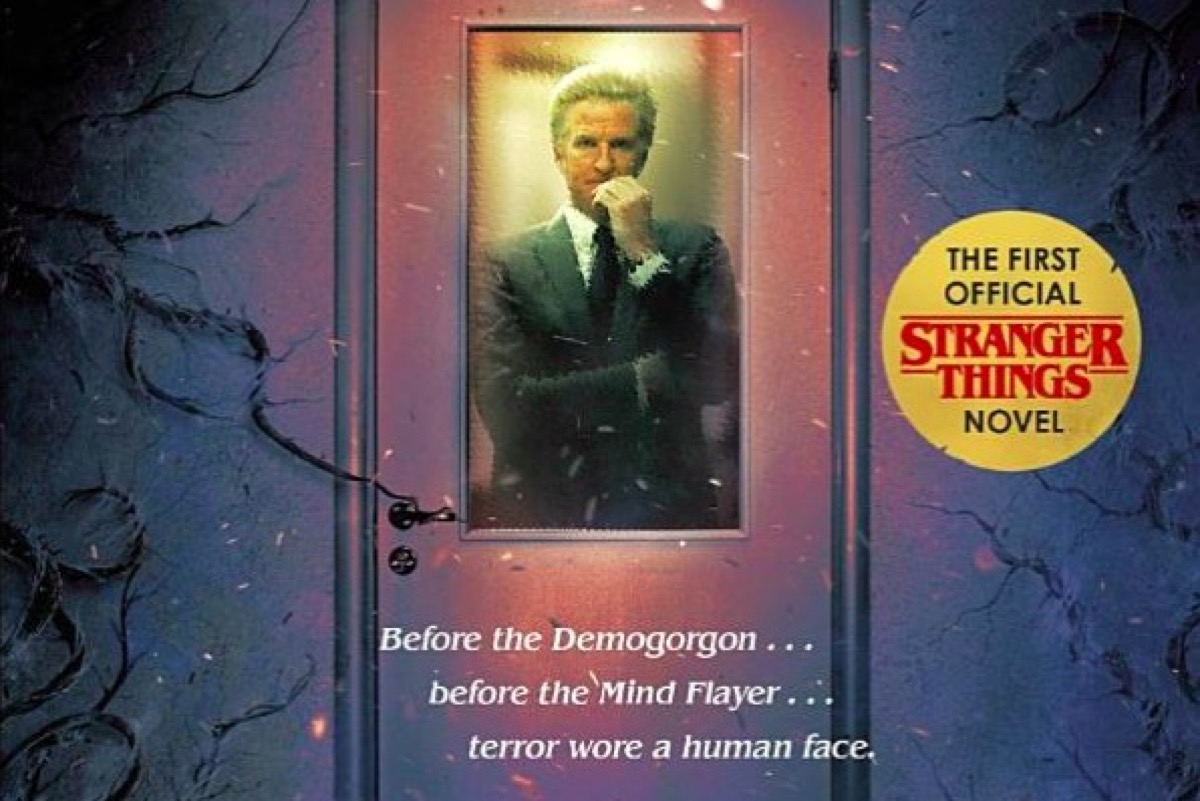 If, like me, you binged all of Stranger Things season 2 on its release in October 2017, the wait for season 3 might feel like a long one. Netflix has announced that we can expect new episodes (eight are confirmed so far) on July 4, when the Duffer Brothers will lure us back to 1984 for more unsettling adventures in the Upside Down.

But if, in February, the idea of summer seems less real than Eleven’s mind-reading abilities, never fear. A new Stranger Things novel has hit the shelves, and it’s guaranteed to satisfy your craving for new Hawkins material even better than a box of Eggos.

Written by Gwenda Bond, Suspicious Minds tells the story of Terry Ives. A recurring character in Season 2 of the hit show, Terry is Eleven’s mother and a former test subject of Project MKUltra at the Hawkins Laboratory. Set in 1969—as the Elvis reference of the novel’s title suggests—Suspicious Minds reveals a vast amount of the canon backstory, including Terry’s troubling history with Dr. Brenner, and the identity of Eleven’s dad.

Just as we’ve come to expect from the Netflix behemoth, the first official Stranger Things novel is bursting with timely and topical pop culture references. Creedance Clearwater Revival’s “Bad Moon Rising” is “wafting out from a turntable,” and Terry listens to “the excited babble of Walter Cronkite from the TV.”

Chapters written like lab reports announce the date and coincide with the Moon landing, the breakup of The Beatles, and more poignantly, draft announcements for the war in Vietnam. It’s a world before skateboards and Atari, but one still fraught with uncertainty.

Where Suspicious Minds deviates from its 1980s-based TV parent is in its deliberate and very welcome attention to characters from marginalized groups. Bond’s involvement (she has previously turned Superman love interest Lois Lane into the star of her own series) is likely a deliberate attempt by the franchise to incorporate more women, and it pays off.

In place of Dungeons and Dragons team Will, Lucas, Dustin, and Mike, we get a Lord of the Rings-style Fellowship comprising white college student Terry, black and gifted biology student Gloria, engineering whizz Alice, and the mysterious Ken. Men are the minority and tend to feature as background figures in the women’s lives.

Of course, in a town that still imposes racial segregation and has yet to produce a woman doctor (Terry has heard of such a thing, but never met one), the dangers threatening the Fellowship are not just emanating from the monsters in what they call “The Beneath.”

Gloria longs for a black superhero to represent her in her beloved X-Men comics. The threats of rape and pedophilia lurk just below the surface of evil Dr. Brenner’s experiments in the lab. Inhumane electrotherapy treatments are rife. The bodies and minds of women and people of color are vulnerable not only to white men, but also to state-sponsored violence that simply doesn’t care.

Bond’s prioritization the women’s points of view is brilliantly played against the increasing role that Project MKUltra plays in their story, and there are obvious parallels with the Donald Trump-era government. The lab’s attempts to control black, LGBT, and women’s lives could be lifted from any number of recent headlines, and Dr. Brenner’s assurance that his work is about protecting the American people rings just as hollow as the far-right slogans at Trump’s rallies. Suspicious Minds may take place in the past, but it is a fable for our paranoid times.

Amid the chaos, the monsters, and the inevitable references to spores, Bond succeeds in telling a human and subtly feminist story that diversifies the cast of Stranger Things. Readers, like Eleven with her Eggos, can delight in the comfort of food.

Child test subject Eight is obsessed with cupcakes, and there are also Tootsy Rolls and chocolate milkshakes to supply emotional sustenance. Beyond their love of diner food, the characters also share a believable camaraderie that sees Terry, Gloria, Alice, and Ken take risks for one another and stand up for what’s right.

While ultimately sad (we all know how the story is going to end), getting inside the heads of a women-led cast of characters in the Stranger Things universe is a real treat. Bond’s treatment of Terry and her Fellowship feels suitably entrenched in the franchise, with its nudge-nudge references to Christmas tree lights winking, and yet, also fresh in its commentary on life for women and people of colour in an unfair and confusing world.

My only regret is that Terry, Gloria, and co. don’t have their own Netflix series. These are some Suspicious Minds that could really come together brilliantly onscreen.

Stranger Things: Suspicious Minds by Gwenda Bond is out now from Del Rey.