It's a horror film, full stop. 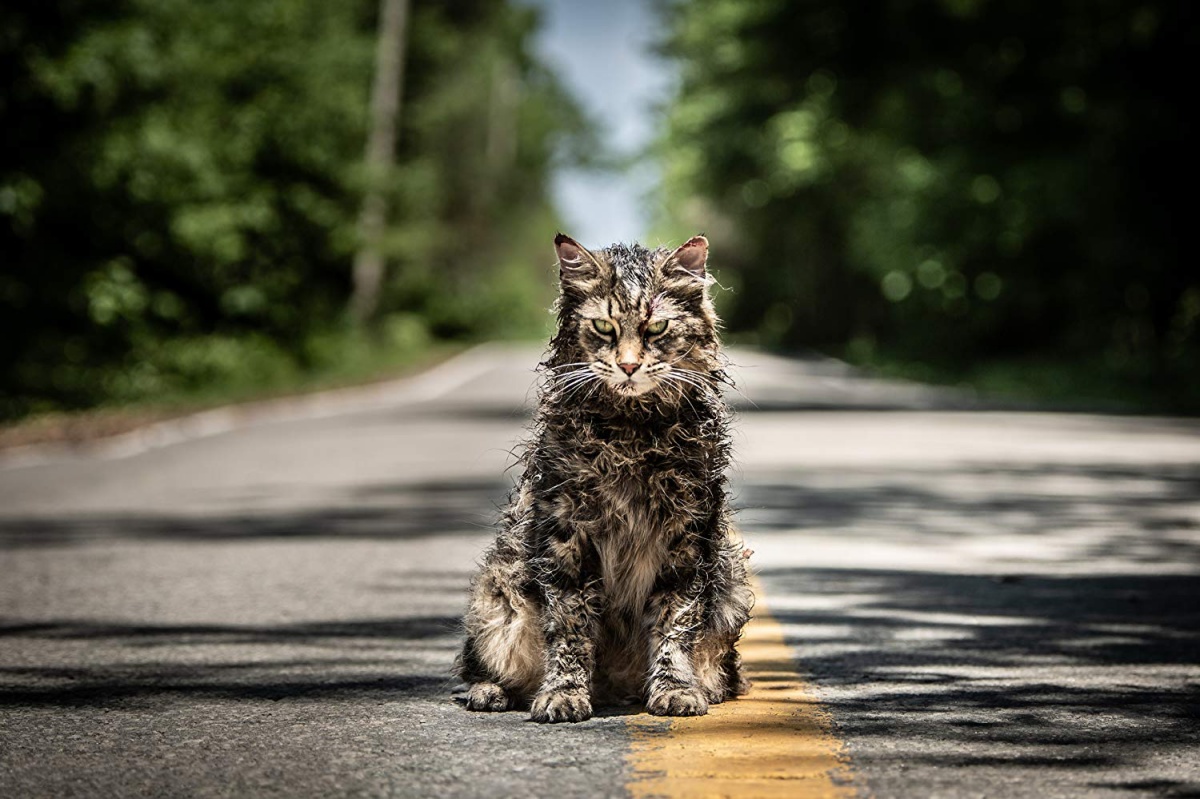 To say I’m excited for Pet Sematary would be a mild understatement, even though I’m struggling to convince my friends to go see it with me. I love a good Stephen King adaptation (IT was one of my favorite films of 2017), I’ve long felt Jason Clarke is an underrated actor, and the atmospheric trailer scared me silly.

However, one phrase that keeps popping up from the creative team has shimmed under my skin more so than any creepy child visual from the trailer. It’s the phrase “elevated horror,” which one of the directors used to describe the film during a Q&A after the film’s premiere at SXSW.

This is not a conversation confined to Pet Sematary. Ari Aster, director of definitely-a-horror-film Hereditary, said he never defined the film as a horror movie, but rather as a family drama that “curdles into a nightmare.” Similarly, A Quiet Place got the same moniker, while Get Out, which rightfully cracked the Oscar race, earned the title of “social thriller.” It’s important to note that writer-director Jordan Peele has made it clear that his upcoming film Us, which already had this discourse swirling around it, is a horror film, plain and simple.

Aster later says in the same interview that “I really feel like the horror genre is capable of so much. Especially as an in-theater experience, something you watch with other people. It can do so much. I guess my feeling is that I very rarely see a film that has greater ambitions than to just put the audience on a 90-minute roller coaster. I’m always so excited when I find a film that does have greater ambitions.”

As a diehard horror fan, this sentiment does not ring true to me. I’ll talk, until my friends have long tuned me out, about how we are currently in a horror renaissance, but please know that horror films have always had time to shine. I just haven’t necessarily always been quite so into them out of a dislike for torture/slasher films and preferring less gory horror.

Aster’s words, though, seem to imply that a majority of horror films don’t have higher aspirations, which I think is somewhat untrue. If he’s writing off an entire genre based on some mediocre entries, he’d better write off ALL film genres, as well. There are more mediocre films than there are High Art films, including dramas that think they’ll bring home Oscar gold and then turn out to be incredibly average. If we aren’t calling any Best Picture nominee “elevated drama,” then we don’t need to call horror films “elevated” if they’re good.

Lately, more directors, especially through A24, have been pushing the boundaries of horror with slow-burn stories that focus more on thematic terror rather than jump scares. The Witch and It Comes at Night (another all-time favorite of mine) both took a more slow-burn approach, to varying degrees of success. Hereditary and Suspiria earned the high art badge, but they’re still horror films that happen to be high art, not high art despite being horror films.

Also, if there’s one name that’s respected in horror, it’s Stephen King. One of the most prolific writers in America, you shouldn’t need to justify making a horror film based on a King novel. He’s made the ordinary terrifying, using his excellent attention to tension to terrify the hell out of readers. There’s already an element of prestige attached to King adaptations, especially following particularly excellent works such as Gerald’s Game and IT.

There are bad horror films out there. Slender Man wasn’t good in the slightest, Winchester didn’t win over critics, and despite some Super Bowl buzz, The Cloverfield Paradox was a mess, but the fact that mediocre to bad horror films exist doesn’t negate the artistic merit of the entire genre. It just means that somehow, a mediocre director or writer got hold of a project and turned out a bland product. Mediocre art exists. It is an unfortunate byproduct of art existing.

Also, I am going to go out on a limb and say that the “elevated’ comments from the directors of Pet Sematary stem from the fact that they tackle some pretty heavy thematic material, if the reviews have given me anything to go on. Just because a horror film goes in deep with the themes does not mean it’s somehow better than a film that doesn’t appear to tackle any deeper themes, especially if the themes involve mortality. Most horror films deal with death and trauma in some way or the other, after all.

This has not dampened my excitement for the film in any way, shape, or form, but it has reminded me of how tired I am of this conversation. Horror should not need to be the subject of debate every time a new film comes out that gets rave reviews. Let horror exist as it is, without questioning or belittling every time a new film comes out. Learn to enjoy the genre for what it is, and give credit to films, for being horror films, where credit is due.