Hopefully the rest of us are ready for that much knowledge. 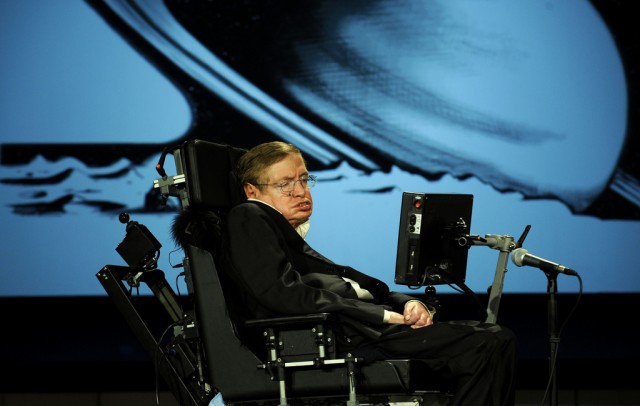 Stephen Hawking’s brain may be lightyears ahead of ours, but the computer system that helped the theoretical physicist communicate his brilliant thoughts to the world had long been stuck in the past at over 20 years old. Now he’s gotten an upgrade complete with modern text-prediction capability so that he can communicate more effectively and discover what it’s like to try to teach text prediction that you never, ever mean to say “ducking.”

Intel Labs has been working with Hawking for three years to develop the new Assistive Context Aware Toolkit system, which allows him to type twice as fast as before with SwiftKey text prediction and offers a tenfold improvement in performing other tasks like web browsing and email. Hawking has needed the assistive speech system for much of his life due to motor neuron disease, and The Next Web reports that he hopes the new ACAT will help others like him around the world:

Medicine has not been able to cure me, so I rely on technology to help me communicate and live. Intel has been supporting me for almost 20 years, allowing me to do what I love every day. The development of this system has the potential to improve the lives of disabled people around the world and is leading the way in terms of human interaction and the ability to overcome communication boundaries that once stood in the way.

To that end, Intel is making the software free and open-source. So, it’s accessible to any of the 3 million people who suffer from similar diseases or quadriplegia and can be tailored to specific needs with different gestures like blinking or eyebrow movements. No matter Hawking changes the world with science using his new, faster capabilities, he’s already changing it plenty for others who need systems like ACAT.

(via The Next Web, image via NASA HQ)