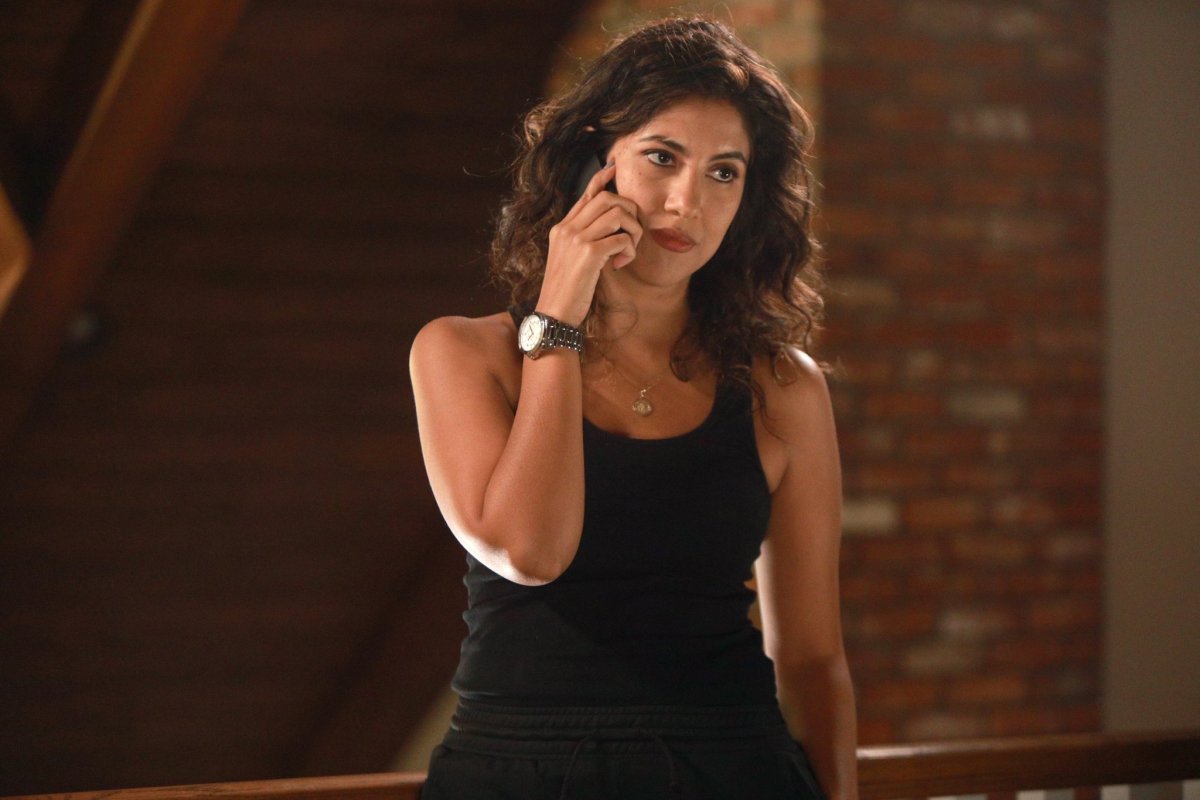 Stephanie Beatriz has been making a lot of waves with her work on Brooklyn Nine-Nine and now, as she is filming Lin Manuel Miranda’s In the Heights, she’s going to be bigger than ever. But that doesn’t get to her head. She’s still one of the most amazing people to talk to and is fun and truly willing to get into any kind of topic.

But what hit me the most with talking to her at NBC’s Summer Comedy Mixer was her understanding of Brooklyn Nine-Nine and why the Mike Schur and Dan Goor comedy hits home with so many of its fans: It’s the heart. No matter what storyline they’re taking on or what character is the focal point of the episode, it is filled with joy and laughter as well as making us think deep thoughts about the comedy we’re watching.

The show, which originally aired on Fox, was canceled before NBC picked it up (with the help of social media support from some big names like Mark Hamill and Lin-Manuel Miranda, and most the Internet rallying). And, in doing so, Brooklyn-Nine-Nine gave us probably one of the best seasons yet. Touching on workplace harassment, racism, and classism, this season also featured Beatriz’s directorial debut. Hearing her talk about it shows that the show not only honors its cast and their goals, but lets the production thrive under the dedicated talent they have at hand.

The episode Beatriz directed was one of the most talked-about of the series. Amy Santiago (Melissa Fumero) opened up about the things men have said to her while at work. In the episode, Jake Peralta (Andy Samberg) also has his moment where he realizes that he’s been part of the problem throughout his life; it was a beautiful look at two sides of the coin.

When I talked to Beatriz about Brooklyn Nine-Nine, what I loved was that she recognized that it was the emotional heart of the show that keeps us going. I brought up my love of Mike Schur and she said that while she loves him, the parts that make this show so raw and beautiful come from Dan Goor. Schur’s longtime partner and mastermind behind such comedies as The Office and Parks and Recreation, Goor (like Schur as well) has a way of showing us that we need to be kinder to one another, a topic that exists in both Brooklyn Nine-Nine and The Good Place.

Beatriz also points out that, even though those two shows are extremely different in nature, their message remains the same—tolerance and empathy above all. And her directorial debut shows that she can give that same message while making us think about the darker parts of the world and how we can best have these crucial conversations out in the open.

Stephanie Beatriz is just as wonderful as you’d expect her to be. Excited to interact with fans on Instagram, thrilled to promote queerness, loving everything happening in In the Heights (even though she couldn’t tell me about a song lyric I wanted to know about—or maybe she was sworn to secrecy), and just generally amazing, Beatriz deserves so much. I hope we’ll be seeing her absolutely everywhere, and I especially want to see her directing more in the future.