We’re Furious That the U.S. Is Denying Citizenship to Children of Same-Sex Couples Born Abroad 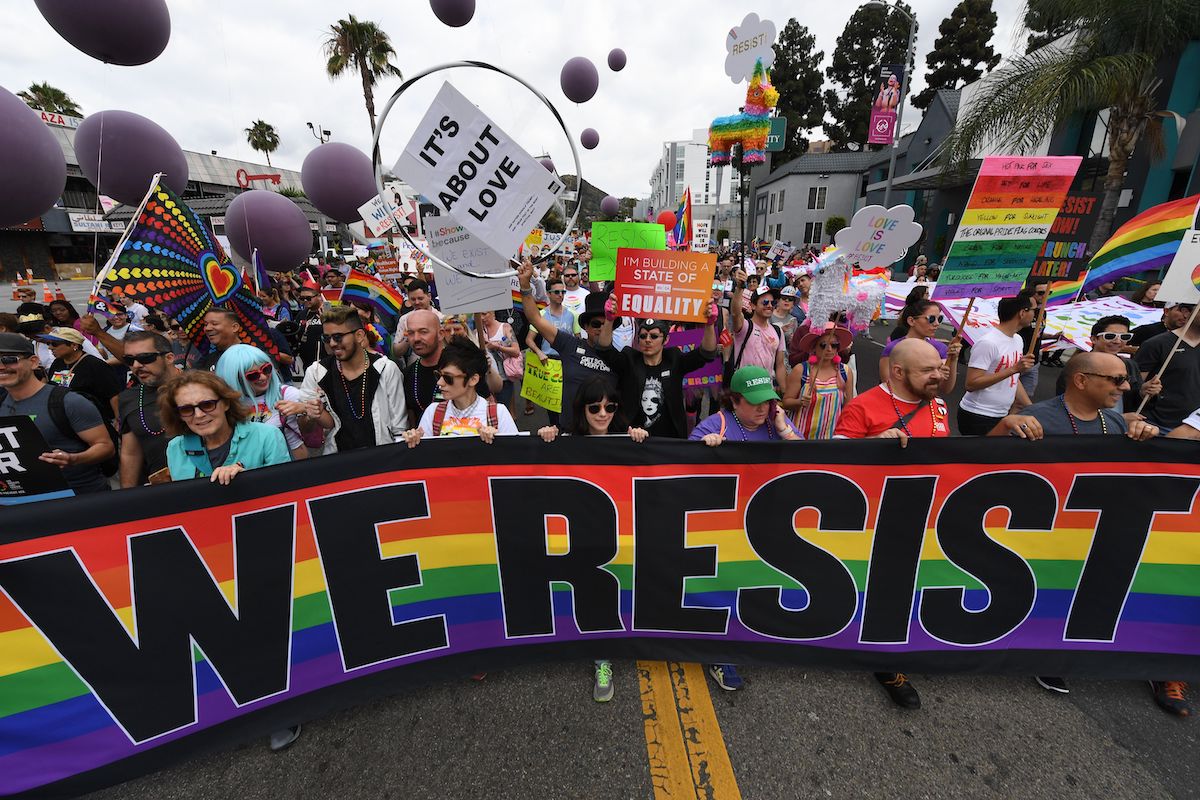 Last summer, without fanfare, the State Department changed the rules of the Immigration and Nationality Act so that a child born outside the country to American parents has to be biologically related to one of the parents to receive birthright U.S. citizenship. The State Department website itself reads: “Even if local law recognizes a surrogacy agreement and finds that U.S. parents are the legal parents of a child conceived and born abroad through ART, if the child does not have a biological connection to a U.S. citizen parent, the child will not be a U.S. citizen at birth.”

Worse, even if there is a biological connection, same-sex couples are still being denied U.S. citizenship for their children born out of the country because the State Department has decided their children were born “out of wedlock,” which means they have to go through even more legal and logistical problems to ensure citizenship for their children. The Daily Beast, who broke this story, writes that when the INA was first conceived, there was no reference to biological connection to the children. It was only last year that suddenly the idea of “out of wedlock” children became centered on same-sex parents, even if they are married.

The Daily Beast writes that “Under the policy, however, children born via gestational surrogacy and other forms of assisted reproductive technology (ART) are considered to be born ‘out of wedlock,’ in the State Department’s words—even if their parents … are legally married.”

One of the couples spoke to the Daily Beast about how their newborn daughter was denied American citizenship after she was born in Canada. Another couple, who chose to remain anonymous, shared their struggles having tried to bring home a child born while they were serving in the U.S. army overseas. The third couple had their eldest son’s passport denied because he was born to a mother who was Italian, despite his other mother being an American citizen.

One of these parents said this “makes me concerned for the Trumpitization of our government offices.”

The current administration has attacked the rights of immigrants and migrant families at the border, states are attacking women’s reproductive rights, and now, it seems as though LGBT+ families rights are under attack, as well.

This is the reason people were inconsolable the day after the 2016 election.

Marriage equality on a national level happened less than five years ago, and already, same-sex couples are being delegitimized and their children are in danger of losing their citizenship. To say those words out loud is terrifying. It starts with saying that these children are born of out of wedlock, and then it progresses to marriage equality itself being in danger. If you think I’m being paranoid by saying this, you are not paying attention.

The act of living as a queer woman in this world is exhausting. The act of living as anyone threatened by this administration is exhausting. To wake up each morning to a fresh hell is a terrible way to live, and at this point, we’re stuck in a trap where the courts are stacked with conservative judges who want to attack the rights of everyone who isn’t an able-bodied, cishet, white man. This is not an exaggeration.

So far, there is no concrete way to fight this except to keep voting and doing whatever we can to ensure that we have fair, equality-minded candidates in office across the country. For now, though, feel that anger. Let it turn into something powerful, and we can enact change.