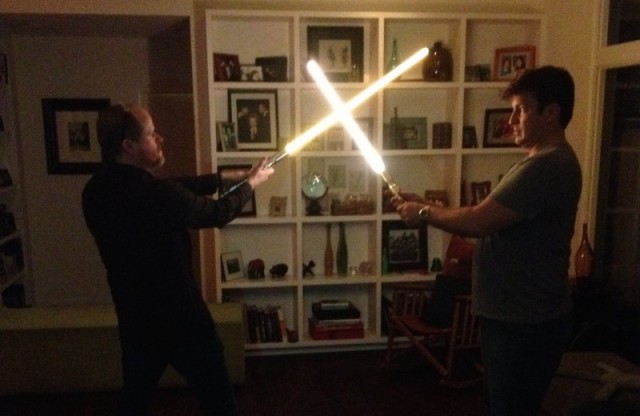 With just over a year for postproduction and marketing, the production of Star Wars: Episode VII has wrapped principle photography. So much for sneaking on to the set!

Oh, yeah, this is Joss Whedon and Nathan Fillion playing with lightsabers. We thought it was appropriate. Hey Disney, maybe now we can get the film’s subtitle?