Happy Ending! The Star Wars Kid is Becoming a Lawyer 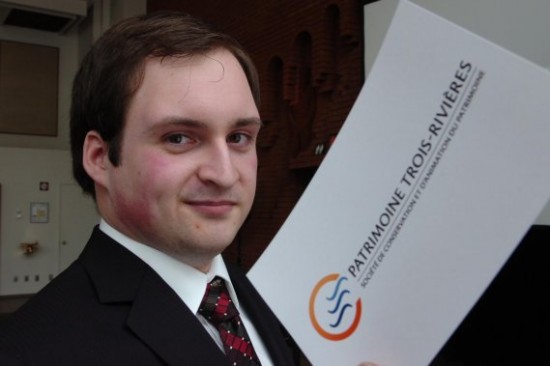 Please don’t take offense, but I’m going to take a wiiiiiiiiiiiiild guess here and assume that some of the readers of a site called Geekosystem may have been picked on at one time or another. If that’s true, you may be heartened to hear about the successful reemergence of one of the most famous geeks ever, a guy who was ridiculed (on YouTube) by over one billion people. That’s right, I’m talking about Ghyslain Raza, a.k.a. the Star Wars Kid.

Motherboard.tv recently made a documentary about internet culture and those affected by it. While researching, they discovered what happened to Raza after he starred in one of the most popular viral videos of all time:

“Not as many people know the rest of the story: Ghyslain Raza – or to the internet,Star Wars Kid – didn’t feel famous, or funny. He felt harassed, the victim of the most visible bullying in history. Ghyslain dropped out of his Quebec high school, was diagnosed with depression, and checked into a psychiatric ward for children.

Ghyslain and his parents would later sue the families of the three classmates who leaked the video in 2003, for around $250,000. According to the lawsuit, which resulted in a settlement, “Ghyslain had to endure, and still endures today, harassment and derision from his high-school mates and the public at large.”

But after eight years of laughs at his expense – and a few campaigns in his defense – Ghyslain is back. Now in his early 20s, he’s reemerged as the president of the Patrimoine Trois-Rivières, a conservation society that aims to preserve the cultural heritage of his hometown of Trois-Rivières.

Revenge of the Sith this isn’t, but he’s putting his litigious experience to some use, getting his law degree at McGill University in Montreal.”

Ah, a law degree; the only thing more dangerous than a lightsaber. Good for him! The post included a picture from a Canadian newspaper Le Nouvelliste which showed Raza, now looking older, happier, and impressively svelte.

So, all you little geeks out there take heed. If Raza can overcome his past and become a happy adult, so can anyone!