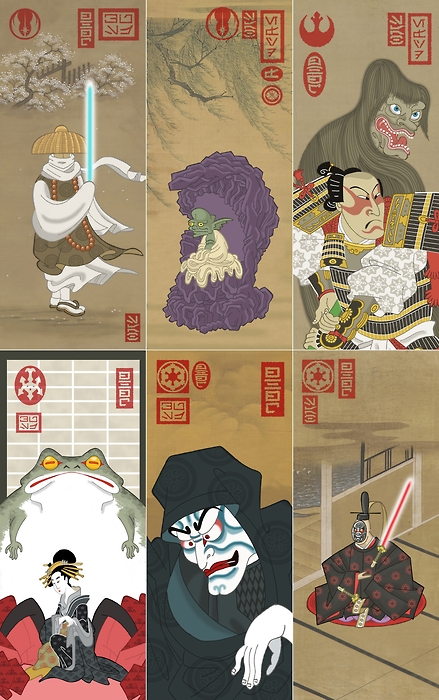 OK, so we are breaking the cardinal rule of geekblogging that says “don’t do two Star Wars posts in a row or they will think you are a nerd,” but do you know what? This is so cool that we just had to share it asap, rules of propriety be damned. Artist Steve Bialik is working on an ongoing series of Star Wars characters reimagined as Japanese art.

The Leia/Jabba picture was the coolest IMO. How quickly can you figure out who’s who?