Whiny. It’s the word I’ve used most often to describe Luke Skywalker and to explain, despite enjoying the Star Wars franchise, why I never saw what the “big deal” was with regard to Luke. However, I recently was forced to confront the unconscious biases through which I was looking at the character, and I feel like I totally owe Luke Skywalker an apology.

[Please note: I’m only talking about the films. I know there’s other stuff in animated series and books and whatnot. That’s not what I’m talking about here.]

If you’re not already checking out the Pop Culture Detective channel on YouTube, you really should. There are some great video essays there, including the one above, called “The Case Against the Jedi.” In it, Jonathan McIntosh makes the point that the most important teaching that the Jedi Order imparts unto young men (though you see smatterings of female Jedi in the background of the first six films, all the Jedi speaking roles are male) is that they need to bury their feelings—that getting emotional will put them, and others, at risk.

As McIntosh puts it:

“To be clear, Jedi Masters don’t push stoicism on boys to be cruel and malicious. They, like many well-meaning people in the real world, firmly believe that boys need to disassociate from their feelings and learn to tough it out in silence. But regardless of the intentions, leaving young men emotionally abandoned is psychologically damaging and extremely unhealthy.”

The video then goes into how this manifests in the life of Anakin Skywalker, whose story begins at nine years old, when he is deemed Force-sensitive and taken from his mother to be trained as a Jedi. When he’s brought before the Jedi Council, they are wary of him and reject him at first. Why? Because he misses his mother.

A nine-year-old boy who is taken away from his home by a group of strange men, who left his mom enslaved to a random junk dealer, misses his mom and can’t stop worrying about her. Clearly Dark Side material, right?

Except it isn’t, because Anakin’s feelings were perfectly normal. He was a little boy, and the entire point is that those feelings would be normal even in a grown man. And yet, here he is, being shamed for it by a wrinkly green puppet.

As his story progresses, it’s his continued training in the art of burying his feelings that leaves him ill-equipped to deal with future loss and pain. Every time he cries or expresses grief, the film frames it as emotional volatility, as a weakness in his character, as dangerous—particularly when it comes to his feelings about women. After all, any emotions at all are bad enough, but emotions over a woman? Forget it. That’s the worst kind of dangerous.

Eventually, it’s his stoicism and lack of emotional literacy that makes him angry and vengeful, eventually causing him to become Darth Vader. It isn’t that Anakin broke away from Jedi teachings. It’s that he embraced them completely, which ends up being the very thing responsible for pushing him to the Dark Side. Adherence to Jedi teachings, as they are traditionally taught, create a Darth Vader.

Which brings us to Luke.

It would be tempting to “blame” all this on the prequels adding in new information after the fact, but as the video essay goes to great lengths to point out, Obi-Wan Kenobi and Yoda teach Luke the same lessons about burying his feelings in the original trilogy. The difference between Anakin and Luke?

Luke consistently bucks his Jedi training in favor of giving in to his emotions and saving people.

Luke cares about others, even if they’ve “fallen to the Dark Side,” and so whether it’s to save his sister and his friends or to try to redeem Darth Vader, he follows his emotions in spite of the warnings he gets from his mentors, and he’s heroic because of it. This is why, to me, the Luke we meet in The Last Jedi is Peak Luke. He’s at his most emotional, his most vulnerable … and ultimately, at his most heroic.

Thinking about all this makes me think about Star Wars fandom in general—about how I’ve always heard Luke talked about, and how I’ve heard Anakin complained about in the prequels. Now, there’s a lot to complain about in the prequels, but one of the frequent complaints I hear is about how emotional and cheesy Hayden Christiansen is. The criticism is likely about either his performance, or the hackneyed dialogue that no amount of brilliant acting could save.

Or is it about something else entirely? Is Anakin seen as weaksauce and annoying whenever he expresses actual deep feeling, only getting “cool” when he “finally” becomes Darth Vader?

And I know that I’m not the only person to have ever referred to Luke as “whiny”—about wanting to go to Tosche Station, about finding out Darth Vader is is dad … I mean, weak dialogue aside, we have a young man in his 20s wanting to hang out with his friends and take part in his favorite hobby, and being annoyed with his guardians for not letting him. Normal. We’ve got a guy who discovers that his dad is the most heinous villain in the galaxy. How would you react?

From his reactions during his training and conflicts with Yoda or Obi-Wan, to these major life signposts, Luke isn’t “whining” in these moments. He’s expressing legitimate emotions in situations that make absolute sense, and he seems to have the emotional literacy to be able to discern when doing so is appropriate and necessary, and when it isn’t.

Anakin is taken by the Jedi Order at a very young age, before he has any real experience of life, and being separated from his mother is the biggest thing that happens to him up until then. Luke, meanwhile, had already been an orphan and experienced the loss of his aunt and uncle at a much older age before going full Jedi. Luke had the opportunity to learn how to deal with his feelings and assert himself, whereas Anakin did not. 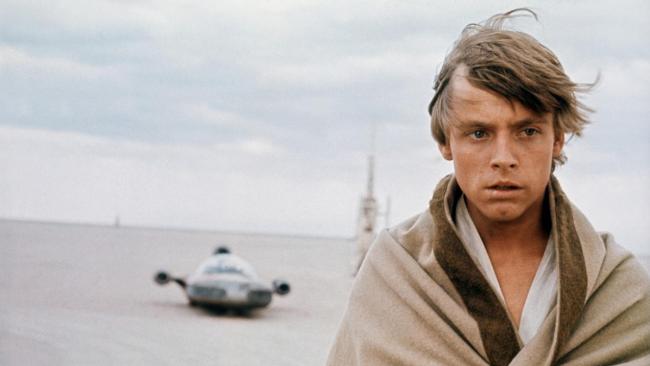 And so, Jedi training stunts Anakin in a way that it can’t stunt Luke, because Luke has already achieved some emotional maturity on his own.

Looking at the Star Wars franchise in this context makes the entire saga infinitely more fascinating to me, because I see it as George Lucas wrestling with the harm that outdated, toxic ideas about masculinity can cause, perhaps rebelling against the things he’d been taught. I see these films, despite what individual characters may say, as Warning: The path to the Dark Side is suppressing your feelings. Acknowledging and being guided by emotions is the way of the Light. That’s why Luke is the hero.

Lucas himself probably wouldn’t see it that way. Then again, one of the most fascinating things about creating art, is that very often things come out in one’s work that they might not even intend, the artist’s subconscious revealing itself in interesting ways. Perhaps on that level, the Jedi order was always supposed to fall, but not before showing us its own Dark and Light sides.

As we move into the future of the Star Wars saga, I’m now even more excited about what this means in terms of what Rey will do with the Jedi teachings, how Kylo Ren will develop, and how Finn—who was also taken from his parents at a young age to basically be a Dark Side employee—will evolve as a hero. I’m looking forward to a Star Wars film universe that allows for more nuanced expressions of emotions and ethics.

And I am sorry that my internalized sexism caused me to see a male character expressing strong emotions as weak, annoying, and “whiny” all these years. My humblest apologies to you, Luke Skywalker. It’s not that you became great in The Last Jedi, it’s that you always were great. I was just too blinded by prescribed gender norms to see it.