Will Star Wars Episode IX Play With Themes of Death and Resurrection? 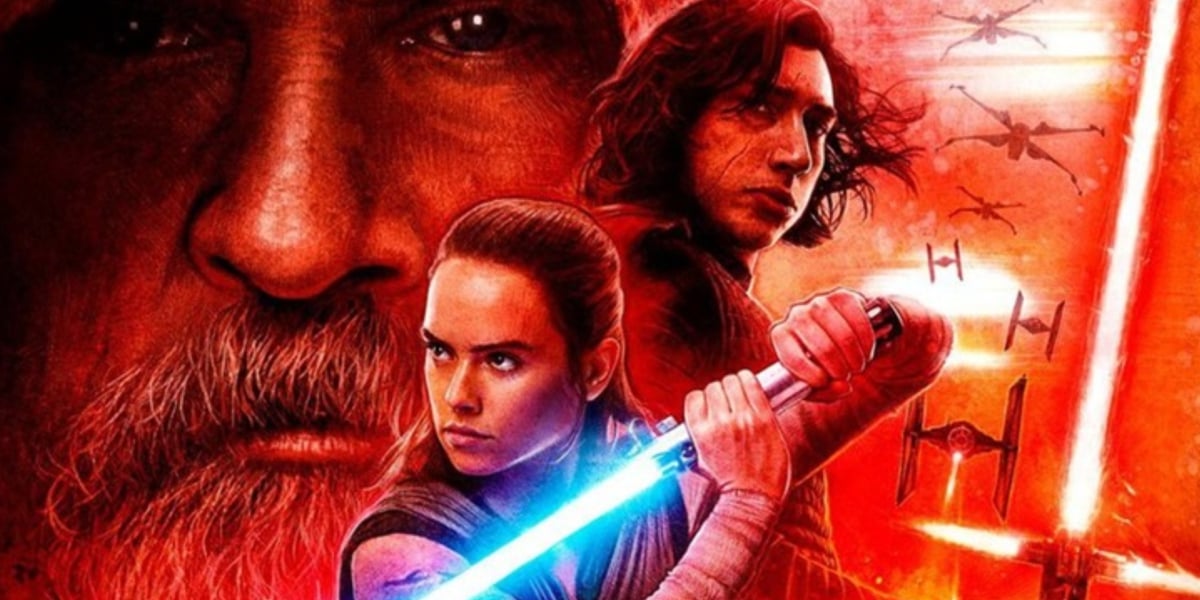 We’re still waiting on a title, a teaser, or anything to kick off the official Star Wars marketing run for the highly anticipated Episode IX. The film, which is rumored to close out the Skywalker Saga completely, is the source of wild speculation, with every camera operator’s father’s brother’s nephew’s cousin’s former roommate coming out of the woodwork online to drop the latest “leaks.”

Recently, a new one was posted by Express UK that is so downright ridiculous it actually bears discussion. Apparently, the fanboys will get their wish, and Rey will die.

The “leak” says that they saw three storyboard images of Rey in Kylo’s arms as Kylo weeps over her body, which sounds like the complete opposite of what J.J. Abrams would do in the actual film. At this point, it’s impossible to underestimate Rey’s importance to young girls everywhere. To kill her off would show a complete disregard for the audience and be a slap in the face to those of us who adore the character.

However, the idea of death and, possibly, resurrection is something I’ve long wondered about, especially given recent Star Wars comics. There have been many a tease towards something beyond the physical realm in various tie-in novels and comics, and while they are not necessarily projecting what will happen in the future of the movies, I think it might point towards something occurring in Episode IX that shakes up our understanding of the Force.

First and foremost, there were the new Darth Vader comics that saw the Dark Lord trying to resurrect his dead wife, Padmé. Through the powers of an ancient Sith artifact, he was able to access the beyond and, as a spirit, wander through past, present, and future until he saw both Padmé, who rejected him, and a vision of Luke. He left the spirit world more convinced than ever of his dark path, and without the comforting presence of his wife.

There was also the Star Wars Rebels episodes “World Between Worlds” and “Family Reunion … and Farewell,” which teased something beyond the physical world. In the first episode, Ezra is transported to a realm that defies time and space, echoing with voiceovers from all the Star Wars films, where he was able to save Ahsoka from certain death. He entered the realm through a mural of the Father, Son, and Daughter from the Mortis arc of Star Wars: The Clone Wars.

The Mortis arc, for those who need a refresher, centered on Anakin, Obi-Wan, and Ahsoka being stuck in a place outside the known galaxy where three beings were grappling for balance of the Force. The Father was in the middle, while the Daughter represented Light, and the Son represented Dark. Many have speculated that this episode will impact the sequel trilogy based on a quote about balancing the Force from the fictional Journal of the Whills present in the The Force Awakens’ novelization.

The second Rebels episode that features this theme is the series finale. The Emperor tempts Ezra with a vision of his dead parents that appears to be similar to the world between worlds. Ezra has the chance to be reunited with his family, but chooses ultimately to stay to the path of the Light.

Finally, in Chuck Wendig’s Aftermath trilogy, there are Sith devotees called the Acolytes of the Beyond, whose goal is to find Sith artifacts and use them to resurrect Vader. While the Acolytes are not successful, I have often wondered if they were not meant to be a precursor to the Knights of Ren, who have yet to make an appearance in the sequel trilogy beyond a brief glimpse in a Force vision and a quick quote from Snoke.

Now, this is all speculation inspired by a hopefully fake leak, but there certainly is a lot that points to the Force being explored in a new way in the upcoming trilogy conclusion, even though that probably won’t include the exact details of this “leak.” The Last Jedi introduced new elements of the Force, such as the first Jedi temple, a mosaic of the first Jedi, and the ancient Jedi texts, which Rey rescued from the burning temple. With the emphasis in the expanded mythos on death and resurrection, and power going beyond just lifting rocks and Force lightning, we might see some more mystic Force use in the film.

Still, even if my theories about life and death being at play in Episode IX are true, I doubt Rey would die even to be resurrected. Still, it’s fun to consider the ways that J.J. Abrams might play with the Force in his upcoming film.

Do you have any wild theories? Let us know in the comments! They’re all we’ve got right now.