We're from Starfleet! We don't dial! 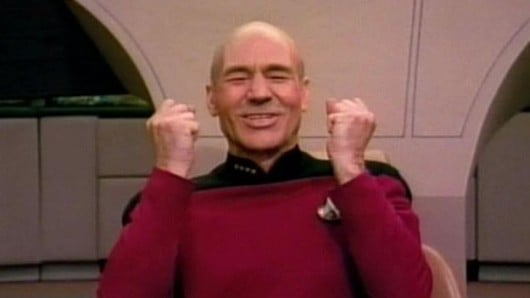 Man, texting or calling your friends when you need to ask them a quick question is so hard. Think of all those buttons you have to push—and you certainly can’t do it without looking away at your phone. What if instead, you could just slap your chest (or deliberately and gently press it if you’re more of a docile Next Generation fan, I guess) and shout out a command whenever you wanted? Well, you are in luck—and also, probably a nerd. But that’s fine, you’re among friends and we love you. Let’s get back to the being in luck thing.

OnBeep, a tech startup that specializes in “wearable group communications,” is now selling a device that will solve all of we-don’t-live-in-the-future problems. Using Bluetooth to connect with your cellphone contacts, the Onyx allows you and other users to take and receive voice messages by pressing the button at the center of the badge, which can be easily clipped to your shirt. It even kind of resembles a sci-fi communicator in design. Well, okay, it looks more like a garage door opener if you ask me. But shh, let us have this for now. After all, you have to earn your Starfleet badge, and the Academy only takes so many recruits a year. 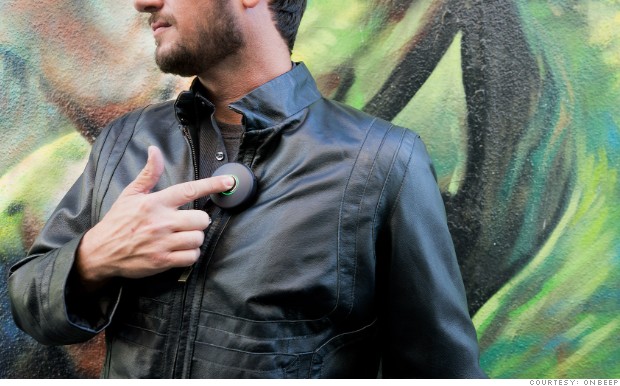 The technology in’t exactly revolutionary—after all, Nextel’s Push to Talk system was first used on phones in 1996 (though Sprint recently shut down the brand due to lack of interest). But instant voice communication is finally making a comeback, and now we can finally use it for an aspect of the sci-fi aesthetic that, surprisingly, hasn’t gotten a whole lot of play in the last 20 years. Come on, inventor guys, what have you been doing this whole time? We all know the automatically opening door and the flip cell-phone were directly inspired by Star Trek—did you get distracted tying to make lightsabers and forget to make badge communicators popular?

The pre-order for the Onyx badge begins today, and each retails for a whopping $99—$195 if you’re getting two at once. Pretty steep for what’s essentially a glorified walkie-talkie. Guess you’ll have to make the most of it by staying as in-character as you possibly can while using yours. Just think of how much more fun grocery shopping will be! “Lieutenant Husband, report the status of your away team.”

“Commander wife, we have arrived at the supermarket cluster and are now approaching the milk.”

“Excellent, Lieutenant. Prepare to make contact. Also, none of the kids are wearing red-shirts today, right?”