Spider-Man: Into the Spider-Verse Is Taking Over Twitter, as It Should

We love the Spider-People!!! 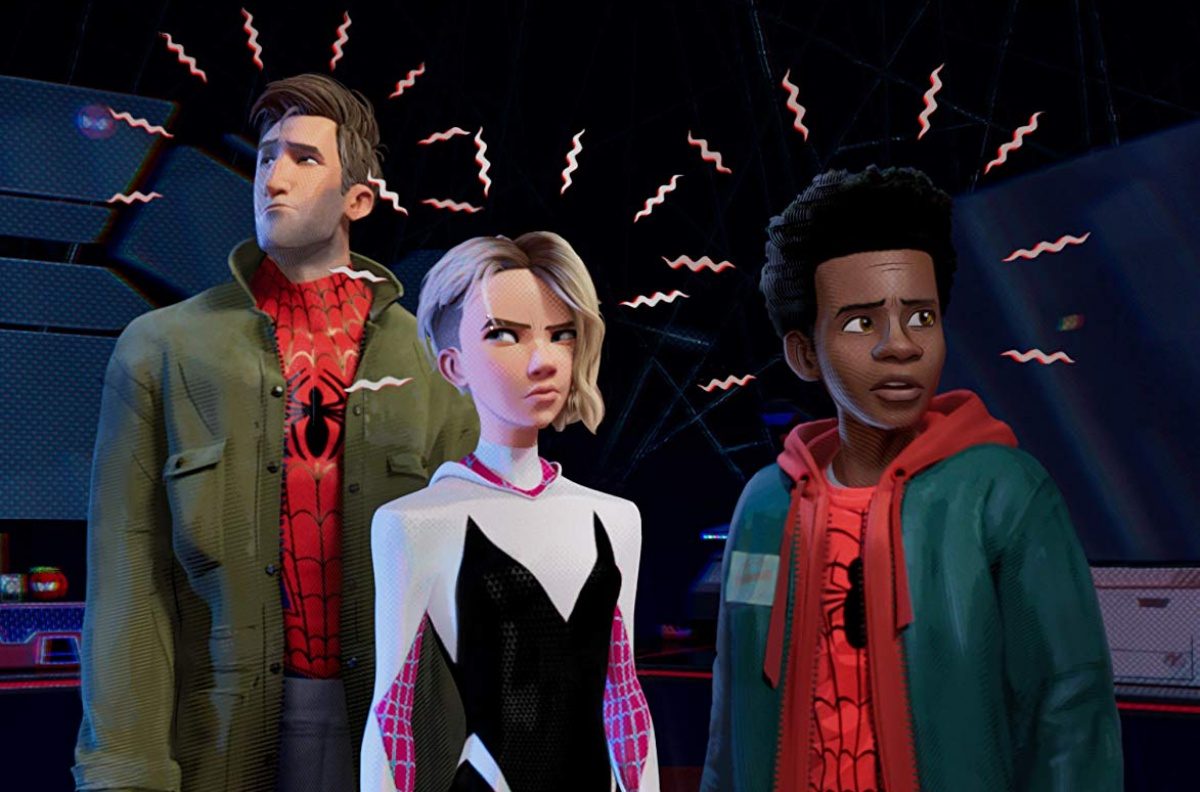 Spider-Man: Into the Spider-Verse is out, and we’re all finding new ways to love the world of Spider-Man. Stan Lee has always made the point that anyone can wear the mask and now, for the first time, movie audiences know it’s true. Peter Parker isn’t the only hero in New York City, and to see characters like Miles Morales, Gwen Stacy, and the rest of the Spider-People onscreen is teaching an entirely new generation what it means to be a hero.

Twitter is finally seeing the movie, and thus, the reactions are pretty incredible. From their love of hot dad bod Peter Parker to the introduction of our new children (Miles Morales and Gwen Stacy), one thing is very clear: We all love this movie and will probably see it about ten more times.

Miles Morales is our new son.

Just a boy who sings to calm down and who, at the end of the day, doesn’t know if he wants to be Spider-Man.

Having a character like Miles leading the film is changing the game for so many fans, proving that Stan Lee was right: Everyone can wear the mask, and Miles is an important part of the Spider-Man lore.

Even the stars of the film recognize the importance of characters like Miles Morales and Gwen Stacy. Jake Johnson and Shameik Moore have talked about the kids in their lives and what the inclusion of these characters means to them.

“When my daughters were first hearing that I was in this job they were never that excited about me being Spider-Man & then when they would want to play it, they were calling themselves Spider-Man Girl..now if they want to look like somebody, they can be Spider-Gwen.” #SpiderVerse pic.twitter.com/6g3naii7zF

Because, for so long, we saw Peter Parker take on the mask alone, and now, he knows that there are plenty of other Spider-People out there.

I was a huge fan of #Spiderverse. I expected to love it and I really did, even more so than I thought. I hope Sony continues playing in this sandbox because I’d love to see more Miles and Gwen.

To see Miles Morales with his own movie, owning the screen and New York City, was something incredible, too.

#Spiderverse was the most fun I’ve had at the movies in awhile. A joy to see this much diversity and culture spotlighted in a super-hero film. The animation, the fight scenes, the humor, the story – it all makes for a wonderful film. Welcome to the spotlight Miles Morales! pic.twitter.com/07Uig49dcJ

With Gwen, many of us can see something so special in her. She was a girl who had to watch her best friend die, hurt by this gift she was given, and it made her one of the best Spider-People we’ve ever seen.

What’s the most exciting is that, for so long, we girls have loved Spider-Man, but never felt as if we could be in the suit. Gwen shows us that we can, and we can be great at it.

#SpiderVerse is soooooo good! Saw it yesterday, and my daughters are STILL jumping around the house like Spider-Gwen! 🤣 More viewings may me necessary… pic.twitter.com/PkRntlyhrW

But one thing was very clear: We’re all super into hot dad bod Peter Parker?

Peter B. Parker, who is a 40-year-old man with graying temples who’s sad all the time, maybe the hottest Peter yet …

They made Aunt May so badass. I don’t want to post any spoilers but oh my god she takes down some baddies.

Also, dadbod Peter with his stubble and Just For Men™️ touch of grey in his hair was so hot??? Please @ me Jake Johnson. pic.twitter.com/vVBMa2Lxr9

Please, someone help me; I can’t stop talking about Peter B. Parker and his pizza/burger loving self.

I’ve tried to talk about anything other than Hot Dad Bod Peter Parker but I can’t #SpiderVerse pic.twitter.com/wCKwrzi6fz

And if you’ve seen the movie and you’re ready for more Spider-Man content, the soundtrack to the film is out on Spotify now.

I can’t believe I’m listening to Post Malone right now, but #IntoTheSpiderVerse really did that… The soundtrack is so good. pic.twitter.com/unFoxGcoIS

Spider-Man: Into the Spider-Verse is in theaters now.