Spider-Man: Homecoming Rescheduled Shooting to Make Sure Michael Keaton Could Play the Villain 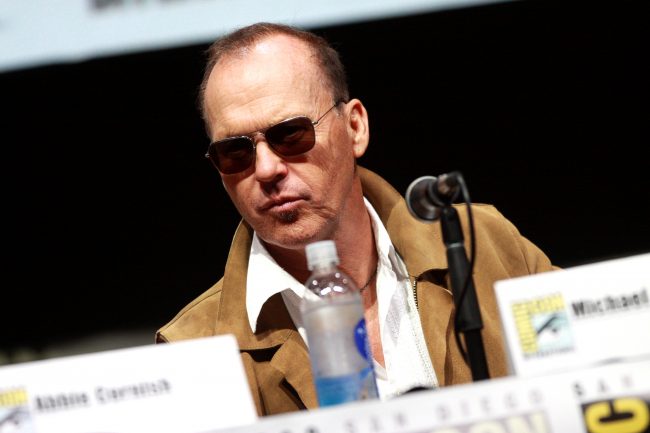 Michael Keaton has already captured our imagination with his all-too-brief appearance in the Spider-Man: Homecoming trailer. But, apparently, he almost didn’t appear in the movie at all.

Keaton will be playing an antagonist named the Vulture, which seems like a tongue-in-cheek callback to Keaton’s movie Birdman. In Birdman, Keaton had the chance to poke fun at superhero movies, but also, harken back to his own career playing Batman in the ’90s.

If Birdman is any indication, then one might expect Michael Keaton to have some mixed feelings about superhero movies. But, to him, Spider-Man: Homecoming was “just a thing. A gig. I don’t mean it’s just a gig, it’s the next job.” Or, at least, that’s how he put it to Variety in a recent interview, wherein he also admitted that he almost didn’t take the job, explaining, “In fact, I said no [to Spider-Man], because I couldn’t–it didn’t work in my schedule. Then, I’m glad to say, they kind of shifted the scheduling and it worked out. So, it fit in, and I’m glad I did it.”

The topic came up specifically because the interviewer had asked Keaton if he had any hesitation about diving back into the superhero scene, which is why Keaton demurred that it’s “just a job.” In some ways, though, Keaton might seem unusual for turning down a role in the Marvel Cinematic Universe, since it’s been such a financial boon for the other actors involved–but, at the same time, it can be difficult to be shackled forever to a specific role, as Keaton already learned with Batman (and as Ben Affleck is currently learning about Batman now). That may be why Keaton wasn’t in a big hurry to change his own schedule to do it. However, clearly the MCU was willing to change their schedule for him.

In any case, this isn’t a superhero role–it’s a villain role, and according to Keaton, it’s a complicated one. The interviewer asked if Keaton considered Vulture to be a “truly villainous role,” and Keaton responded,

“Not to give too much away, but interestingly, he is and he isn’t that character. He’s a really interesting — and more interesting than I thought — villain because there’s parts of him that you go, ‘You know what? I might see his point.’ Really, really. It makes it interesting to play.”

Sounds promising. Personally, I love to see a story with a sympathetic villain, as opposed to just a black-and-white good versus evil situation. Plus, it seems like the folks behind this movie must’ve been Birdman fans, which means we might end up with something very “interesting” indeed, to borrow Keaton’s word. It’s also “interesting” that the MCU wanted to make sure to get Michael Keaton specifically, as opposed to recasting the part when Keaton wasn’t available, suggesting that this will be a role that calls on his talents in particular. I’ll be intrigued to see how that plays out.

(via Coming Soon, image via Gage Skidmore on Flickr)