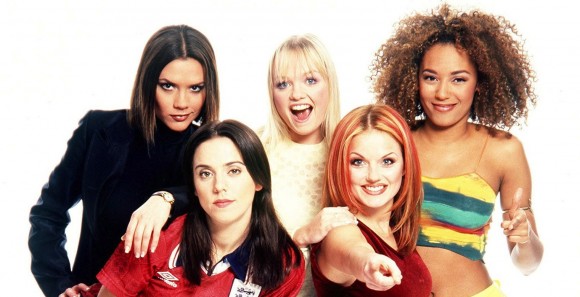 Somehow the knowledge that a Spice Girls musical is something that exists escaped my notice. I’m not sure how, exactly, as it seems like the sort of thing that would stay lodged in my head upon just hearing it mentioned (much like Wannabe). But alas, though I did not know about it, there is a Spice Girls musical. And critics don’t want it. They really, really don’t want it. Zig-a-zig-ahhh.

The musical, Viva Forever, debuted last night in London and was slammed by critics, who called it “tawdry, lazy and unedifying” (the Daily Telegraph‘s Charles Spencer), “lacking in any truly original or challenging spark” (The Independent‘s Paul Taylor) and “a prize Christmas turkey” (the Daily Mail‘s exceedingly British Quentin Letts).

Viva Forever is a Mamma Mia-style musical in that it tells a new story (in this case that of reality TV show contestant Viva and three of her friends) through Spice Girls music. The show was written by Jennifer Saunders, who co-wrote and -starred in British sitcom Absolutely Fabulous as Edina. Gotta say, I did not expect teenage interests AbFab and the Spice Girls to come together in quite this way.

(I was so ashamed of liking their music that I used to refuse to listen to the radio in the car lest a song of theirs came on and I would be forced to admit to whoever else was there that I enjoyed it. It was a neurotic time for me.)

Though the critics hated it, the Girls themselves don’t. Melanie Chisholm, aka Mel C, aka Sporty Spice, said on the red carpet that “If people criticize it, we don’t care — because we love it.” Of course they do. No one can keep the Spice Girls down. Haven’t you seen Spice World?!