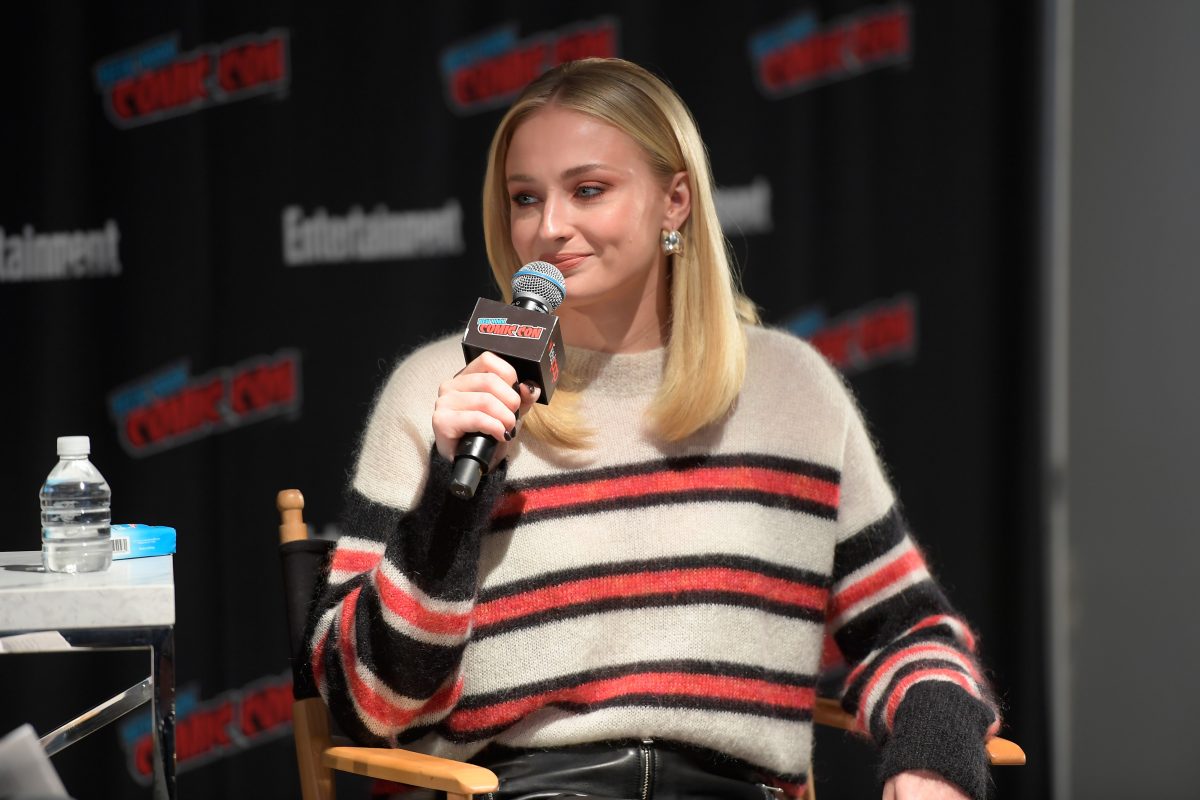 Yesterday, the Rolling Stone interview with Sophie Turner and Maisie Williams was released on their site, and one of the parts that got people really excited was Sophie Turner saying she has been interested in men and women.

It went as follows:

“‘I was fully preparing myself to be single for the rest of my life,’ she says. ‘I think once you’ve found the right person, you just know. I feel like I’m much older a soul than I am in age. I feel like I’ve lived enough life to know. I’ve met enough guys to know — I’ve met enough girls to know. I don’t feel 22. I feel like 27, 28.’ As for the ‘girls’ part: ‘Everyone experiments,’ she says with a shrug. ‘It’s part of growing up. I love a soul, not a gender.'”

Obviously, as a Sansa Stark fan and a queer woman, I found this super exciting. I mean, as a 26-year-old going on 27-year-old, I don’t think that makes me ready for anything other than a more experienced level of angst, but if that’s Turner’s experience, then that’s what matters. Being able to express your sexual fluidity in the public sphere without fear is something very liberating, and I’m glad Turner was able to do that in a way that’ll reach many people.

However, as a Buzzfeed report about this story showed, people are going back and forth about Turner’s lack of a label and trying to establish what exactly she means by “I love a soul, not a gender.” Is she bi? Is she pan? Is she queer? And the answer is that it could be all of the above. Not everyone fits into a label, sexuality-wise, and since bisexual/pansexual/queer identities have so many overlaps, there are some who identify as all three of those things or one/two of them at a time.

I call myself bi and queer interchangeably, but there are plenty of people who dislike the word queer and hold on to labels that express their individual experience.

All of those are valid ways of walking through life. What is most important is that we are getting young people who have been raised in a world where they can explore their sexuality in healthy ways. The bisexual vs pansexual issue is one I’ve touched on before, and it often seems like a lot of miscommunication between two very similar groups of people who feel a connection to one label over another, due to how it best suits themselves.

It doesn’t have to be an us-versus-them situation. I’d be happy with Sophie claiming either, and I’m fine with her claiming none. I’m happy that she found herself enough to be able to know that’s how she feels.

That’s something to celebrate.