An Entire Pro Softball Team Quit After Their GM Tried to Use Them as Racist, Pro-Trump Propaganda 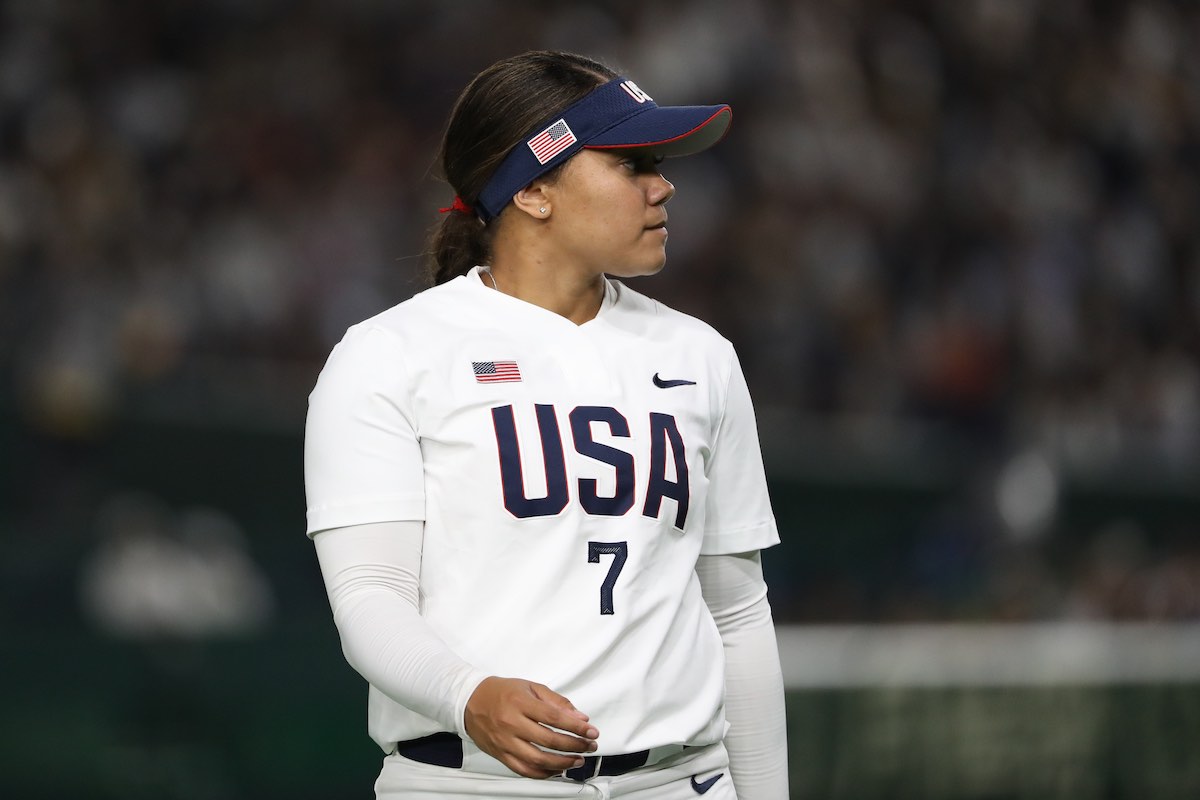 A few weeks ahead of the slated return of most U.S. sports, pro women’s softball held its first game in Melbourne, Florida this week. Shortly after the game ended, every member of the Texas-based Scrap Yard Fast Pitch quit the team. Every single one.

At some point during the game, the team’s general manager Connie May tweeted a picture of the players standing during the national anthem. The tweet tagged Donald Trump, declaring, “Everyone respecting the FLAG!”

According to the New York Times, the team returned to their locker room after the game to find a bunch of texts and notifications about the picture, which was posted without their knowledge or consent to promote a political message they say was not their intention.

May’s implication is that by standing for the anthem, the team is showing opposition (or at the very least, indifference) to the Black Lives Matter movement, making it a sort of anti-protest protest in itself. And the team made it clear they were not okay with that message.

We might be standing in this photo but we SURE AS HELL AREN’T STANDING FOR THIS. I’m embarrassed. I’m heartbroken. I’m DISGUSTED. @ScrapYardFP I will never be associated with your organization again. BLACK LIVES MATTER. The tone deafness on this is UNBELIEVABLE!!!!!!! pic.twitter.com/5jSNipTFLd

I DO NOT support the comments made during our game by @scrapyardfp & I will not represent them. We as a people are working towards change, and THIS IS NOT IT. pic.twitter.com/ziSTiYxuzQ

I am so hurt but Hate and Ignorance will never win. pic.twitter.com/81tV29G4HH

This isn’t us. As players, we do not stand with the tweet sent out by @ScrapYardFP We stand with the black community. We love you and we stand united with you. pic.twitter.com/zJrqVoOSZ6

Only two of the team’s 18 players are black. Kelsey Stewart (featured in the header image) didn’t play in Monday’s game and was the one to send a screenshot of the tweet to her teammates, along with the message: “I am not going to ever be a part of this organization whatsoever.” Kiki Stokes led the walkout after May doubled down on the tweet after the game.

When May was brought into the locker room following the game, players expected an explanation. According to Stokes, May instead tried to justify what she had posted and described how uncomfortable she had felt. When May then mentioned the phrase “All Lives Matter,” Stokes had heard enough and walked out of the locker room.

Stewart and Stokes were backed up by the entirety of their team.

“Moments later, her teammates took off their jerseys and followed her,” writes Hurd. “According to Stokes, every player in the locker room was done after that moment. They would no longer play for May or the Scrap Yard organization.”

“The more we talked about it, the angrier I got, and I finally just said, ‘I’m done, I’m not going to wear this jersey,’” Cat Osterman told the Times. “We were used as pawns in a political post, and that’s not OK.”

It had to be done… pic.twitter.com/w3dn8n7X1S

Additionally, the USSSA Pride, who the Scrap Yard Dawgs played in Monday’s game, has suspended the rest of their planned games in solidarity. (The two were the teams on each other’s schedules, so presumably, this means the USSSA is refusing to win by default.)

An update on our season: pic.twitter.com/MBt7IbvP9m

These players are sacrificing a lot to take this stand. Natasha Watley, the first Black player to play with USA Softball at the Olympics, told The Undefeated, “It’s powerful that not one of them stood back and said this doesn’t really affect me, I’d rather play,” adding, “We’re already getting paid pennies and now we’re going to get paid nothing to stand up for this. That’s how much it matters.”

The now-former Scrap Yard players have said that May’s statements don’t represent them and they’ve crafted a statement to explain what they do stand for.

“This is us,” it reads, via a series of images the teammates have posted to their personal accounts. “Awareness. Empowerment. Unity.”

This Is Us.
Taking our voices back, taking a stance, and choosing to be a part of a better future in a creative way.
This is our story.
This Is. Us. pic.twitter.com/NUZ9ZlkcSJ