Love Halloween but hate being scared? We got you. 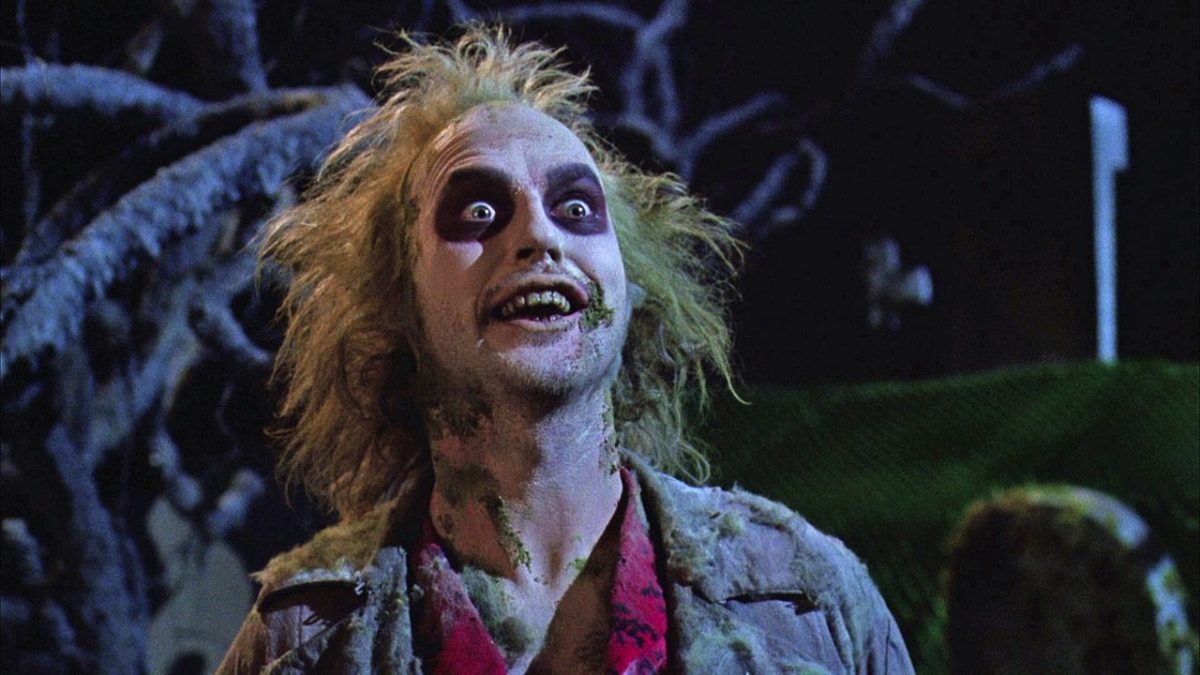 Fun fact: you can love Halloween without being a fan of all things horror. There’s plenty to enjoy about everyone’s favorite spooky holiday, from lavish costumes to tasty treats to spooky ambiance. For those of us who can’t handle gore and violence (or even jump scares) here are some of our favorite not-so-scary comedies that are sure to get you in the holiday spirit. Besides, there’s only so many times you can watch Hocus Pocus, right?

Beetlejuice is a cult classic dark comedy that will forever remain on my list of desert island movies. When Barbara and Adam Maitland (Geena Davis and Alec Baldwin) die unexpectedly, they are trapped in their beloved home and must contend with the new family that moves in from New York City, and their isolated daughter Lydia (Winona Ryder, inspiring goth girls everywhere). The film is bitingly funny, weird, and surprisingly heartfelt. It’s also infinitely quotable.

What We Do in the Shadows

This mockumentary film from Jemaine Clement (Flight of the Conchords) and Taika Waititi (Thor: Ragnarok) follows the lives of four vampire roommates living in Wellington, New Zealand. The film spoofs classic vampire films and stories with the same offbeat humor and charm that made Flight of the Conchords such a delight. The micro-budget movie became so successful that it’s spawned two upcoming television series: an American update of the series and a parody cop show called Wellington Paranormal.

Kids of the 90’s grew up loving the Addams Family films, which hold up delightfully well nearly 30 years after their first release. With committed performances from Raul Julia as Gomez the patriarch and Angelica Huston as his doting wife Morticia, there’s nothing not to love about these wildly entertaining family films. The sequel brings in 90’s MVP Joan Cusack as the murderous Debbie, with mean girl flair. Between the costumes, the lavish set design, and the spot-on casting, the Addams Family films make the perfect Halloween double header.

Robert Zemeckis’s 1992 dark comedy centers on lifelong frenemies Madeleine (Meryl Streep) and Helen (Goldie Hawn) battling for the affections of nebbish doctor Ernest (Bruce Willis). The feud continues well into the afterlife, as both women drink a magical potion that renders them youthful looking but very dead. With ground-breaking special effects and campy, over-the-top performances, Death Becomes Her is a Halloween must-watch.

While the eponymous television series is clearly superior, there’s plenty of charm to be found in the first incarnation of Joss Whedon’s teen vampire slayer. The film is filled with tongue-in-cheek jokes, neon fashions, and cameo appearances from famous actors like Paul Reubens, Ben Affleck and Hillary Swank. It also contains imminently quotable bon mots from Kristy Swanson’s cheerleader turned slayer whose only dream is “to graduate from high school, go to Europe, marry Christian Slater, and die.”

What are your favorite spooky comedies? Share your top picks in the comments!