Six Films For A Growing Feminist | The Mary Sue

Six Films For A Growing Feminist 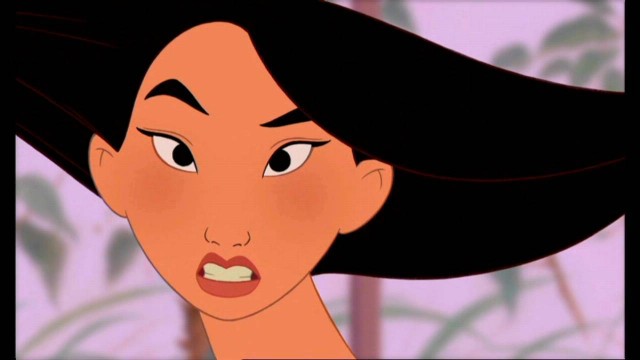 I haven’t always labeled myself as a feminist. Either due to being ignorant about its meaning or insecure about what others would say, I am guilty of the statement, “I believe in equal rights, but I wouldn’t call myself a feminist.”

Ew, what an asshole.

It’s taken me time to truly embrace feminism, but now its become more like second nature. Of course I am. It’s such an integral part of my identity that I celebrate and embrace today that the idea that I didn’t always see myself as one is mildly appalling. However, upon reflection, I realized that the seeds had been planted for years, it just took some time in fully committing. Recently while re-watching one of my favorite films of all time, Little Women, I was struck by the idea that maybe, just maybe, I was being influenced at a young age without my even knowing it. Brand new information, right?

So, long story short, here are SIX films for the growing feminist, because sometimes it takes fictional characters to jump start a conversation or even plant a nugget of an idea. 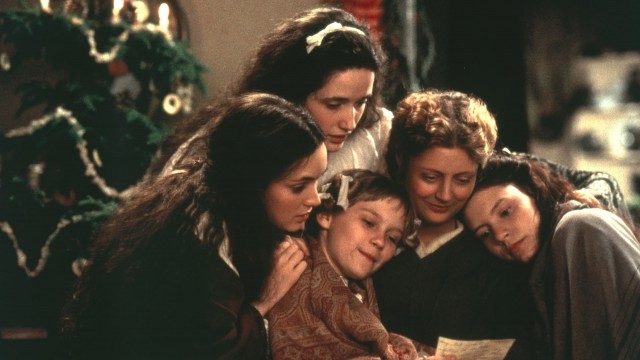 Jo March: “I find it poor logic to say that because women are good, women should vote. Men do not vote because they are good; they vote because they are male, and women should vote, not because we are angels and men are animals, but because we are human beings and citizens of this country”
Mr. Mayer: “You should have been a lawyer, Miss March.”
Jo March: “I should have been a great many things, Mr. Mayer.”

There are few existing characters in the entirety of existence that I’ve ever related to as much as I related to Jo March. Her passion for writing and storytelling, her brazen behavior, her reliance on her hair as “her one beauty.” I love Jo. Jo is everything that I wanted to be growing up, and the older I get the more and more I understand why. She’s tough as nails when protecting her family and not easily bruised by others’ perceptions of her. She’s passionate about creating and about finding a position as a writer in a “Man’s World” where her stories won’t sell unless they’re reaching a female demographic. Jo’s human, gets hurt and doesn’t have an easy or happy ending, but she’s admirable for her will and her gumption and the love she exudes. I’m still hoping that I grow up to be Jo March. Beyond Jo, the characters of Little Women are all spectacular, with each of the leading ladies getting to be the heroes of their own stories. Loss is felt the deepest when it’s one of their own and so is joy. They are a strong familial unit and one that even in the face of hard times looks for a silver lining. 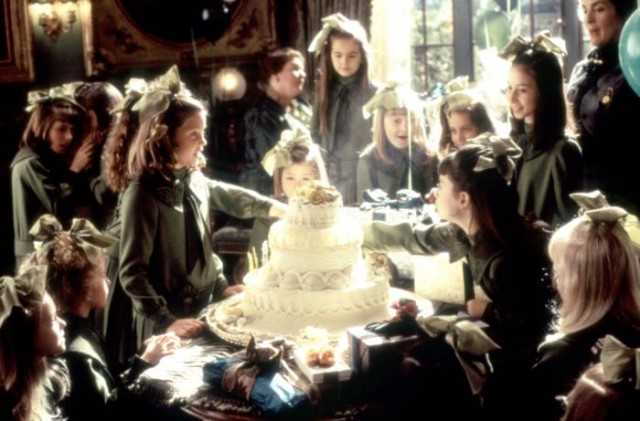 There’s an argument (heated debate more likely) to be had about what film is Alfonso Cuaron’s greatest achievement. Is it Gravity, his most recent film and the one won him an Oscar for Best Director? It’s a great technical achievement, but then there’s Children of Men, which has an immeasurable amount of soul and tells science-fiction as it should be told. If you’re a fan you’ll remember Y tu Mama Tambien that shines differently than his newest works, but if you’re like me, A Little Princess will always hold a special place in your heart. I adore this film and have since I was a little girl. Sara is dressed and primed like a doll at the start of the film, and while she’s stripped of her fancy possessions and titles she keeps up a spirit that’s hard to find. Even when facing off with her main antagonist she is empathetic. It’s a film that treats girls as equally resilient with a message that all women should be treated as such. 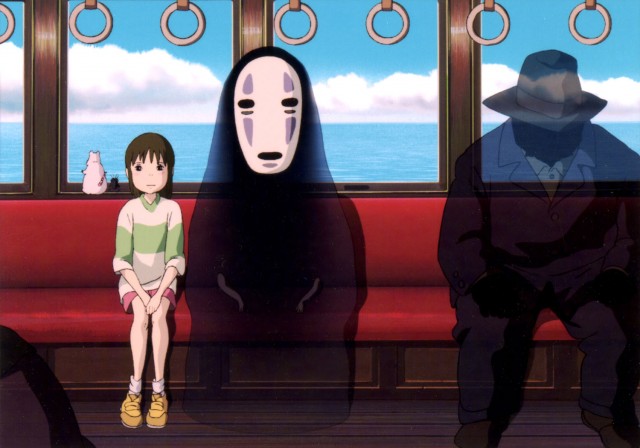 I didn’t watch a Hayao Miyazaki film until I was a sophomore in college, but once I did I latched on and a part of me wishes I could have had the pleasure of seeing his films while I was growing up. What’s so remarkable about Spirited Away (and in large part, all of Miyazaki’s films) is how ordinary girls are put into remarkable situations. Chihiro is lazy; she complains about the work she’s doing and about having to move, but what young kid isn’t a little bit self-centered? What makes her as equally interesting as the fantastical setting she’s found herself in is her good nature. She helps out those who need it whether it’s Yubaba’s overgrown child, the river spirit or No Face. Chihiro’s journey matters in this film because despite there being a significant change between the character we meet at the start and the one that is with us in the end, the film is about a little girl holding onto her identity. How nice would it be to grow up with this message and all the while getting to immerse yourself in a world where people are turned into pigs and there’s a hotel for spirits? 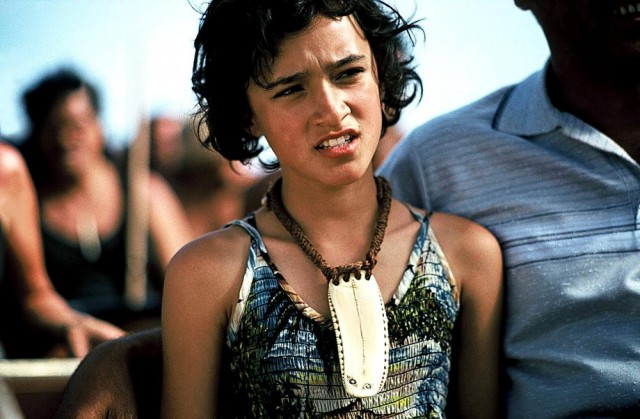 This is another film that I’ve only recently gotten the chance to enjoy and it’s another one that I wish I might have seen earlier in life. Paikea grows up on the east coast of New Zealand where her people have believed for centuries that the first born sons of the Chiefs are the descendants of their treasured ancestor, also named Paikea. When Paikea’s brother dies at birth along with her mother her grandfather believes their people are doomed. Paikea has other ideas and with her strong resilience proves that she has it in her to be a leader, no matter her age or gender. It’s a beautiful and sometimes haunting look at gender politics while remaining family friendly. It’s a story about embracing your destiny and being who you want to be and allowing the attention to be on the little girls who get to dream big. 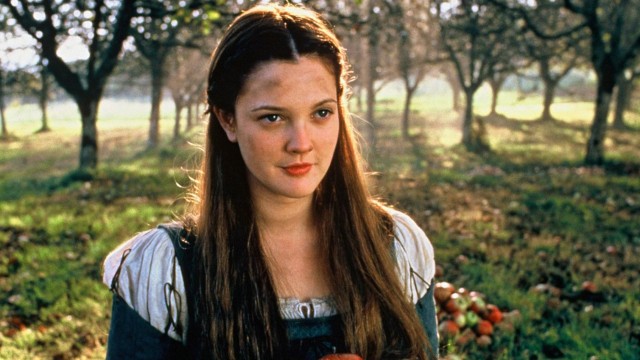 This has to be the best Cinderella adaptation ever, right? I remember sitting in the theater watching this film, around 7 years old and being enamored with Drew Barrymore’s Danielle and at the time not knowing why. It’s a feat when a scene can stick in a kid’s memory long after walking out of the movie theater, and yet the scene where Danielle saves Henry by hauling him over her shoulder and carrying him away is an impressionistic one. Cinderella had always been a character with very little actual characterization. She was a two dimensional character set in a classical setting where ideas could be projected onto her. Danielle and Ever After take the basics of the fairy tale and make the integral decision of making it about Danielle. She isn’t the damsel, she’s the heroine, and it’s her decisions that move the story forward. 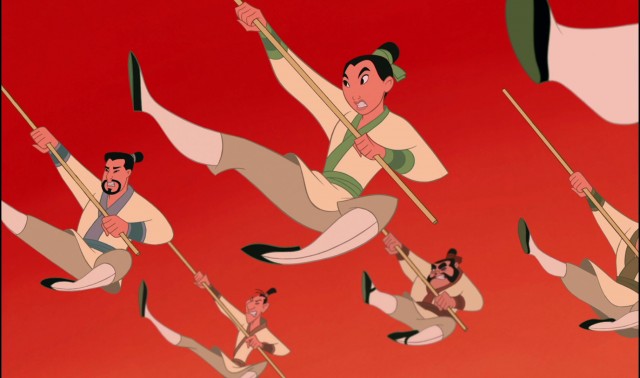 Enjoy trying to convince me that Mulan isn’t the best Disney female protagonist. You will lose spectacularly. Here was yet another film I remember seeing in theaters and being giddy over. The ick factor of the song “Man Out Of You” (catchiness aside) is apparent and will hopefully be written out of the live action version, but otherwise Mulan is one of the more progressive films the studio has ever done. Mulan wins at the end because of a mix of her training from her home life and her training as a warrior. She’s complex and brave and was the one Disney “Princess” who I left the theater wanting to emulate as a little girl.