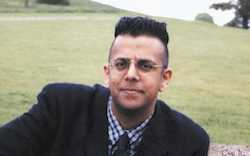 Simon Singh, a distinguished British science journalist who has been working in science media since 1990, was forced to pen his last column today, thanks to a libel lawsuit filed by the British Chiropractic Association after a column of his questioning the practices of chiropractors appeared in The Guardian in 2008.

According to a more recent Guardian article, one in four chiropractors in the UK are currently under investigation for “allegedly making misleading claims in advertisements” thanks to Singh’s original article, which highlighted the claims of some chiropractors that they could cure the likes of asthma and ear infections.

Even the UK’s General Chiropractic Council has disavowed those claims (warning: PDF), so why is Singh still embroiled in the costly, time-consuming legal battle? One simple twist of law: in UK libel lawsuits, the burden of proof falls on the defendant to prove that their claims are true, and not on the plaintiff to prove that they are false; in other words, if you’re accused of libel, you’re guilty until proven innocent.

…I have spent the past two years being sued for libel, which has taken up huge amounts of time. And now all my remaining spare time is being devoted to campaigning for libel reform.

The crippling and prohibitive financial cost of defending a libel case is often highlighted, but the equally terrible cost in terms of time and stress is rarely mentioned.

The case could easily continue for another two years. If I win then I will not recover all of my legal costs, but (worse still) I will never recover the time I have dedicated to poring over legal documents.

Before saying goodbye, I will urge you once more to sign up to the campaign for libel reform. If you remain unconvinced about the need for libel reform, try visiting the National Enquirer website. If you live in the UK then you will find a blank page except for the words “Page unavailable/under construction”. The reason is that the National Enquirer is so scared of English libel law that it no longer sells magazines in the UK or makes it web content available here.