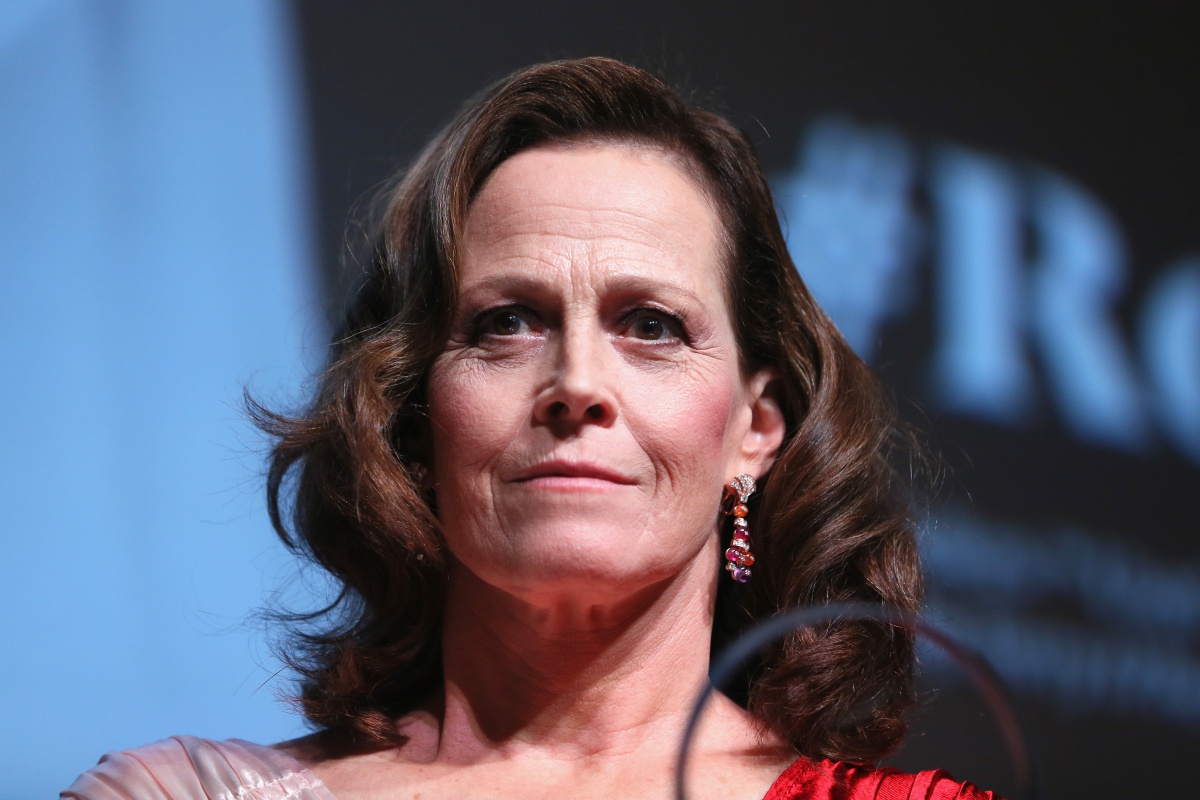 Sigourney Weaver is one of action films’ most iconic heroines, but in her latest Hollywood Reporter interview, the actress displays some shockingly reductive opinions when it comes to Roman Polanski.

The interview starts off with praising the #MeToo movement, and Weaver says, “I think actually nowadays, women, in my opinion, do try to help each other. There’s a greater sense of sisterhood. When I was in college we really thought we would get equality in the Constitution. We’re still waiting.”

She then mentions that a couple of Italian men spoke to her about the movement and expected her to say that it was horrible, but she instead praised it, dismissing the idea that the movement is about destroying flirtation. “What we’re against is the abuse of power … sexual exploitation towards people who are more vulnerable.”

These are powerful statements, and I’m also really impressed that Weaver mentioned the importance of getting more diversity in film crews in general, and that “unions and the studios need to actively start embracing that now.”

Alright. Nodding vigorously. Everything checks out.

Then, the interviewer asks Weaver if she regrets working with Roman Polanski, whom she worked with in 1994’s Death and the Maiden, and everything takes a really strange turn.

I don’t know about more accusations. I didn’t really get a chance to read a paper frankly. No, I mean I have to say that having lived a little bit in the ’70s that, obviously what he did was wrong. He admitted his guilt and pled because the judge was going to throw the book at him. But, it’s still unresolved. I have to say, looking back, and I wasn’t really in Hollywood then, but things that I would hear, it was a much different time and that’s no excuse for what he did at all, but all I’m saying is it stands out more now than it did at the time because people were desperate to be in movies and I think it’s unimaginable now for a mother to drop off a 13-year-old with someone like Roman.

This Ouroboros-like argument is such a sharp pivot from Weaver’s previous statements that you can get whiplash from the gymnastics she goes through, from yes he was bad, to but the judge, to we can’t forget that it was the times, and then sisterhood is important, but what was the mother thinking!

It’s especially jarring because people are still desperate to be in movies and put their daughters (children really) in compromising positions. That’s exactly how singer R. Kelly has allegedly been able to prey on young black teenage girls.

However, just like with Kelly, the reason people feel comfortable with ignoring these issues is that the person committing the hostilities is a talented person. Weaver talks about how much she learned from Polanski, as if that’s relevant to him having raped a girl and pleaded guilty to doing so. Even if the “judge was going to throw the book at him” thing is true, tough shit. Welcome to the criminal justice system for brown and poor people! Maybe you should check out season three of Serial.

All of this explanation is just a preamble to her saying that she would work with Polanski again. She says, “I’m sure that he and [his] children have had some interesting conversations about it. He pled guilty. Does he regret it? I’m sure he does. The #MeToo movement asks that we listen to those who’ve experienced sexual harassment or assault—really listen. So when Roman’s victim asks us all to move on with understanding and compassion, I choose to listen to her.”

Having read The Girl: A Life in the Shadow of Roman Polanski and other interviews by Samantha Geimer, her feelings on Roman Polanski, #MeToo, and other issues are very complicated, and I’ll admit that beyond her own personal experience, I disagree with a lot of opinions on victim advocacy. However, I at least know where she stands. As much as Weaver wants to use her as a tool in one way, that dismisses all the ways that Geimer herself doesn’t stand with Weaver’s other opinions. Otherwise, she wouldn’t have called her “Roman’s victim.”

For me, the excuse that “he’s changed” and “it was the time” really just reads as “he’s an artist, so it’s fine,” which should never be the case, and with the piece ending by talking about how Brett Kavanaugh’s confirmation was a “step backward,” and that it was unreal, it just doesn’t work to say that we should just move on when it comes to Polanski.