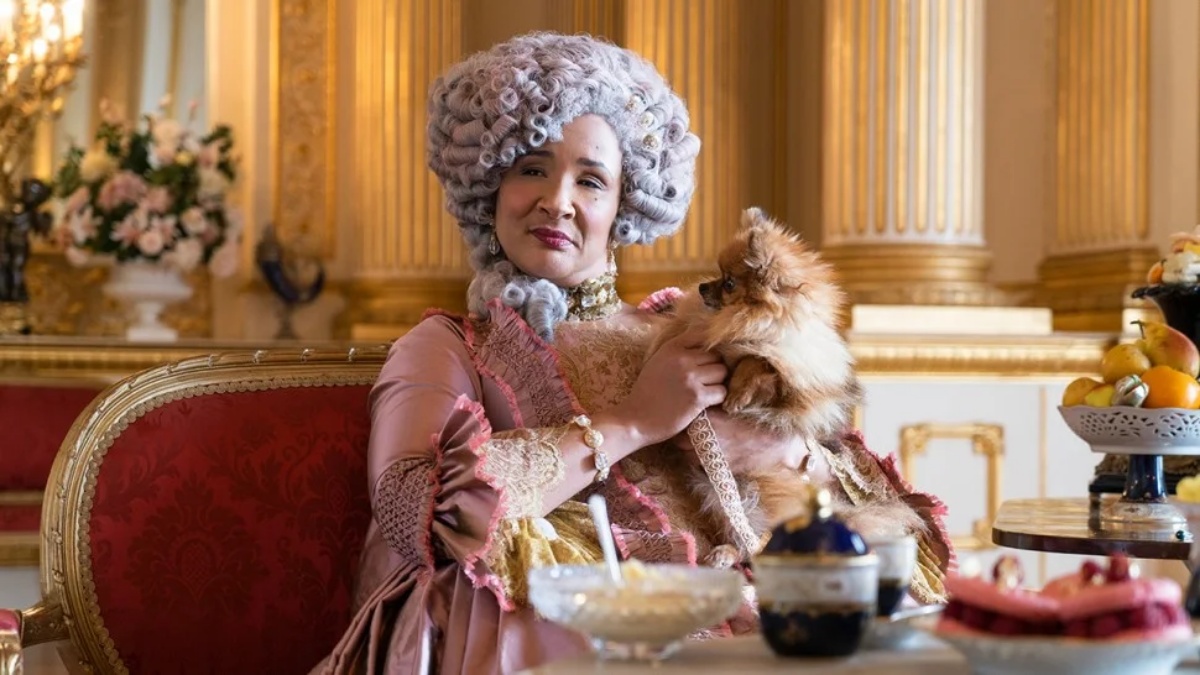 Bridgerton‘s Queen Charlotte is getting her own origin story in an upcoming limited series spinoff of the popular Netflix Regency romance show.

THR is reporting that the Queen of Primetime herself, Shonda Rhimes, will pen the script for what is being billed as a “limited series.” Whatever that phrase means in today’s world.

“Many viewers had never known the story of Queen Charlotte before Bridgerton brought her to the world, and I’m thrilled this new series will further expand her story and the world of Bridgerton. Shonda and her team are thoughtfully building out the Bridgerton universe so they can keep delivering for the fans with the same quality and style they love. And by planning and prepping all the upcoming seasons now, we also hope to keep up a pace that will keep even the most insatiable viewers totally fulfilled,” Netflix’s Bela Bajaria said in a statement Friday.

The series will also serve to highlight the romantic early days of Violet Bridgerton (Ruth Gemmell) and Lady Danbury (Adjoa Andoh). The announcement also stated that Jess Brownell, a frequent collaborator of Rhimes, will be taking over showrunning seasons three and four of the Bridgerton (sigh)-verse.

“As we continue to expand the world of Bridgerton, we now have the opportunity to devote even more of the Shondaland fold to the Bridgerton-verse,” Rhimes said in a statement. “We’ve worked with Jess Brownell for over a decade and have long wanted to find the right project to place in her hands. When it came time to pass the baton, I knew this unique voice was vital to the future of the show.”

Unlike Violet Bridgerton and Lady Danbury, Queen Charlotte was a real person who was not the biracial Black queen that she has been depicted as in the show (and despite many debunked rumors that still get circulated.)

Still, I am excited at the prospect of seeing multiple WOC get to be the romantic leads, since that was something we were painfully denied in this season. Plus, if we do touch on George III, it will be a good way of discussing him in a non-stereotypical American lens and actually address the mental health issues that plagued his life. Especially towards the end.

So, long live the queen!