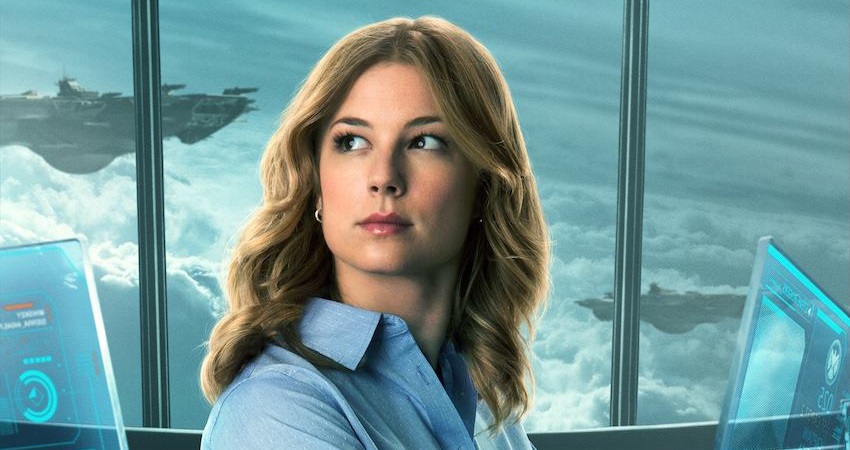 Speaking as part of AOL’s BUILD series about her upcoming television series, The Resident, actress Emily VanCamp inevitably got a few questions about her Marvel Cinematic Universe (MCU) role as Sharon Carter, a.k.a Agent 13. Carter is the great-niece of Peggy Carter, and she had a budding romance with Captain America/Steve Rogers in Captain America: The Winter Soldier and Captain America: Civil War.

However, she hasn’t yet been rumored to appear in either of the Infinity War installments.

“Avengers: Infinity War has pretty much everyone, but you’re not attached?” asked host Cole Delbyck (at around the 21:20 mark in the linked video).

“Listen, it’s hard to fit Sharon into that,” VanCamp said. “She’s really in Cap’s world. I mean, I can’t say anything about anything, but I will say that. She sort of fits into the Captain America movies; that’s where her sort of story lies. But I can tell you it’s going to be like an epic two-parter. From everything that I hear, it’s going to be amazing.”

Given all the speculation about Cap’s potential fate in the film, it’s intriguing that his ostensible love interest won’t be appearing. You’d think that Sharon’s presence could make any potential demise more stirring and emotional, and if this were the final outing of Captain America, you might want her around for dramatic purposes. So maybe Cap makes it out of this?

Cap-related speculation aside, this also suggests that Sharon and the other SHIELD agents possibly won’t be as involved in the anti-Thanos plotting and fighting. Part of me will be disappointed if this character, who was built up in Civil War, ended up playing no role in the battle – but I also recognize that the cosmic proportions of the conflict might make the involvement of non-superhero humans less critical and useful.

What do you all think of this news? Does it hint at anything larger in the film? Are you hoping they quietly drop Cap/Sharon? Are you thinking VanCamp is bluffing and Sharon will actually show up? Or do you think this was just one of the plot threads that the super-sprawling Infinity War had to cut for narrative cohesion?