Seven Sexy Romance Novels to Get You Past Cuffing Season 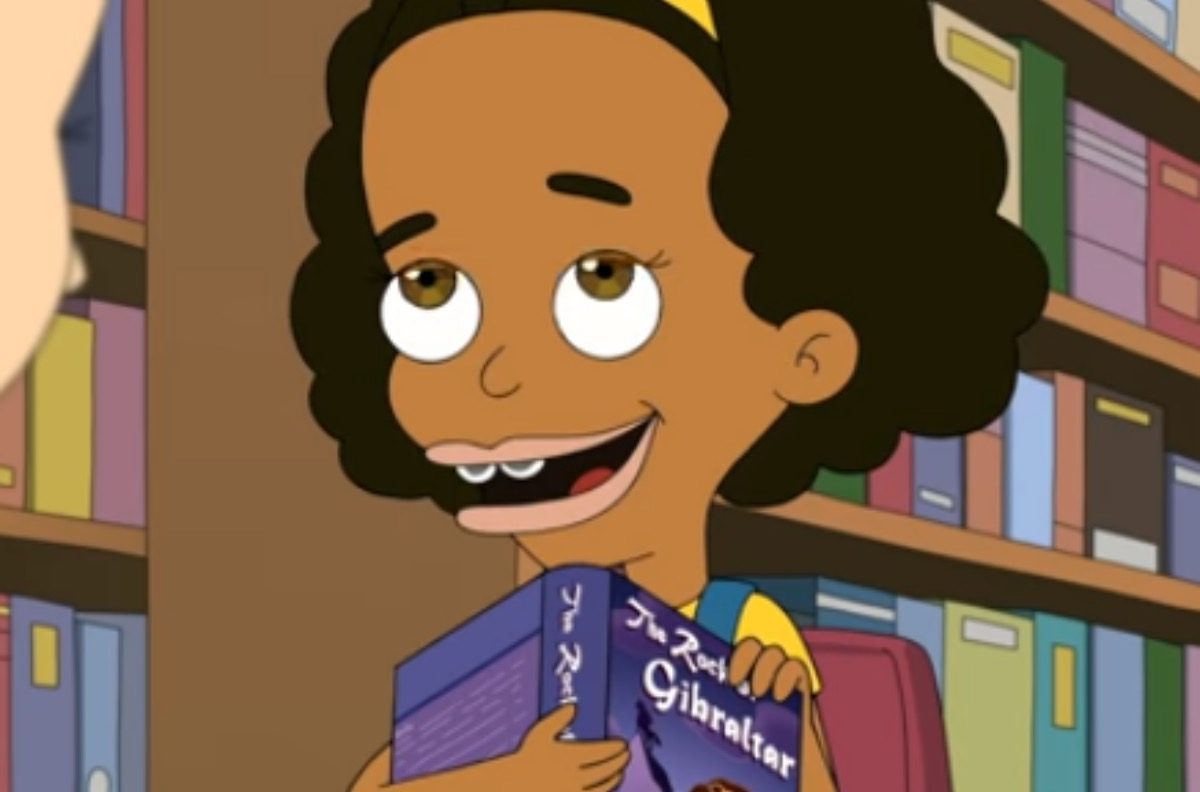 There is no more dangerous time for a happily single person than the months between October and February. All of a sudden you get the cuddling, kissing, and meeting the family holidays: Thanksgiving, Christmas, New Year’s, and of course, Valentine’s Day.

It’s cold outside, and as the snow pounds on your apartment window, you don’t want to risk a delayed train to get to your casual booty call. It’s then that you think, “Man, it would be nice to have somebody.” Except, you don’t really want to date; you just don’t want to be alone. It’s cuffing season, the time when future Leos and Scorpios are created to further plague this Earth, and when single people feel the most pressure to date “seriously.”

As a happily single person who hates the cold, who’s about to go forth into her second cuffing season, the thing that has been keeping me sated on nights when I’m not taking the train anywhere is reading romance novels. Not only do romance novels give me the sexy times that I greatly enjoy, but as depression tends to take a sharp spike during this time of the year, it’s good to enjoy something that has a happily ever after built into the formula. 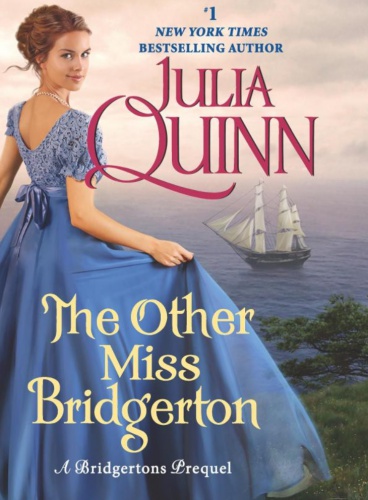 1. The Other Miss Bridgerton: A Bridgertons Prequel by Julia Quinn

“She was in the wrong place…

“Fiercely independent and adventurous, Poppy Bridgerton will only wed a suitor whose keen intellect and interests match her own. Sadly, none of the fools from her London season qualify. While visiting a friend on the Dorset coast, Poppy is pleasantly surprised to discover a smugglers’ hideaway tucked inside a cave. But her delight turns to dismay when two pirates kidnap her and take her aboard a ship, leaving her bound and gagged on the captain’s bed…

“He found her at the wrong time…

“Known to society as a rascal and reckless privateer, Captain Andrew James Rokesby actually transports essential goods and documents for the British government. Setting sail on a time-sensitive voyage to Portugal, he’s stunned to find a woman waiting for him in his cabin. Surely, his imagination is getting the better of him. But no, she is very real—and his duty to the Crown means he’s stuck with her.

“Can two wrongs make the most perfect right?

“When Andrew learns that she is a Bridgerton, he knows he will likely have to wed her to avert a scandal—though Poppy has no idea that he is the son of an earl and neighbor to her aristocratic cousins in Kent. On the high seas, their war of words soon gives way to an intoxicating passion. But when Andrew’s secret is revealed, will his declaration of love be enough to capture her heart…?” 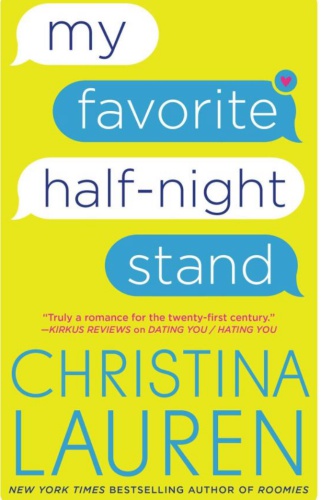 “Millie Morris has always been one of the guys. A UC Santa Barbara professor, she’s a female-serial-killer expert who’s quick with a deflection joke and terrible at getting personal. And she, just like her four best guy friends and fellow professors, is perma-single.

“So when a routine university function turns into a black tie gala, Mille and her circle make a pact that they’ll join an online dating service to find plus-ones for the event. There’s only one hitch: after making the pact, Millie and one of the guys, Reid Campbell, secretly spend the sexiest half-night of their lives together, but mutually decide the friendship would be better off strictly platonic.

“But online dating isn’t for the faint of heart. While the guys are inundated with quality matches and potential dates, Millie’s first profile attempt garners nothing but dick pics and creepers. Enter ‘Catherine’—Millie’s fictional profile persona, in whose make-believe shoes she can be more vulnerable than she’s ever been in person. Soon “Catherine” and Reid strike up a digital pen-pal-ship…but Millie can’t resist temptation in real life, either. Soon, Millie will have to face her worst fear—intimacy—or risk losing her best friend, forever.

“Perfect for fans of Roxanne and She’s the Man, Christina Lauren’s latest romantic comedy is full of mistaken identities, hijinks, and a classic love story with a modern twist. Funny and fresh, you’ll want to swipe right on My Favorite Half-Night Stand.” 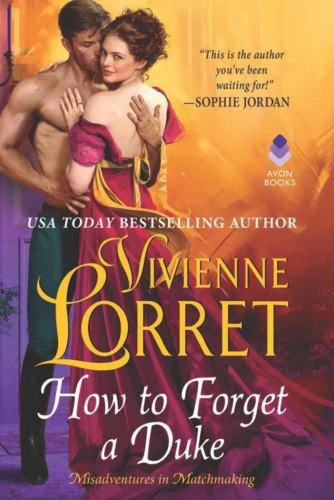 3. How to Forget a Duke (Misadventures in Matchmaking) by Vivienne Lorret

“The Duke of Rydstrom requires a wife. Preferably one with a large fortune and a complete lack of curiosity. The last thing he needs is a meddling matchmaker determined to dig up his dark family secrets.

“All Jacinda wants is to find a bride for a duke. How hard could that be? He’s handsome, enigmatic . . . and hiding something. She’s sure of it. Determined to discover what it is, she travels to his crumbling cliffside estate. Yet, by the time she washes up on his beach, she can no longer remember who she is or why the duke is so familiar to her. All she knows is that his kisses are unforgettable—and she intends to use every skill she can to discover what’s in his heart . . .

“When Miss Bourne can’t remember what brought her to his ancestral home, Rydstrom intends to keep it that way. Yet as the days pass, his true challenge will be safeguarding his secret while resisting this woman who—confound it all—may well be his perfect match.” 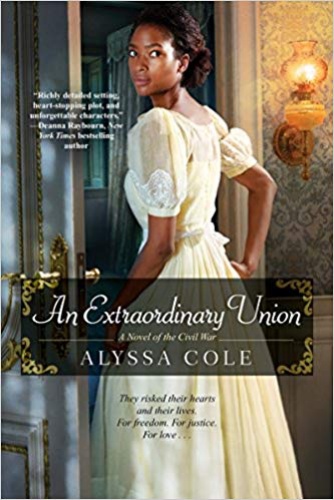 4. An Extraordinary Union (The Loyal League) by Alyssa Cole

“As the Civil War rages between the states, a courageous pair of spies plunge fearlessly into a maelstrom of ignorance, deceit, and danger, combining their unique skills to alter the course of history and break the chains of the past . . .

“Elle Burns is a former slave with a passion for justice and an eidetic memory. Trading in her life of freedom in Massachusetts, she returns to the indignity of slavery in the South—to spy for the Union Army.

“Malcolm McCall is a detective for Pinkerton’s Secret Service. Subterfuge is his calling, but he’s facing his deadliest mission yet—risking his life to infiltrate a Rebel enclave in Virginia.

“Two undercover agents who share a common cause—and an undeniable attraction—Malcolm and Elle join forces when they discover a plot that could turn the tide of the war in the Confederacy’s favor. Caught in a tightening web of wartime intrigue, and fighting a fiery and forbidden love, Malcolm and Elle must make their boldest move to preserve the Union at any cost—even if it means losing each other . . .” 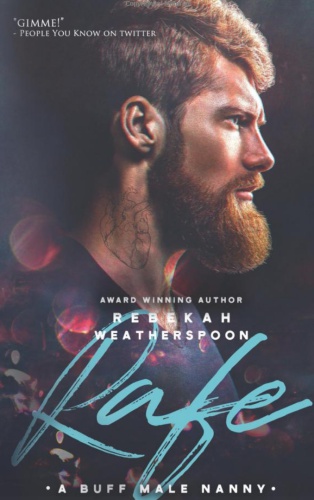 “All Dr. Sloan Copeland needed was someone to watch her kids. What she found was the man of her dreams… After a nasty divorce and a thousand mile move, Dr. Sloan Copeland and her twin daughters are finally getting the hang of their new life in Los Angeles. When their live-in nanny bails with no warning, Sloan is left scrambling to find a competent caretaker to wrangle her smart, sensitive girls. Nothing less will do.

“He’s all of those things, not to mention good-natured and one heck of a whiz in the kitchen. He’s also tall, and handsome, and bearded, and ripped, and tatted, wrist to neck. It doesn’t take long for the Copelands to invite Rafe into their home. Just as quickly, both Sloan and Rafe find themselves succumbing to a heady mutual attraction, neither of them wants to deny.

“With every minute they spend under the same roof, this working mom can’t help but wonder if Rafe can handle all her needs… **This stand-alone romance is fluffy. So fluffy. It’s fluff. Low. Angst. Fluff. featuring a large tatted, motorcycle riding ginger man, who bakes a mean bacon quiche and knows exactly how to wrangle clever six year olds while making their mom feel loved, loved, loved.**” 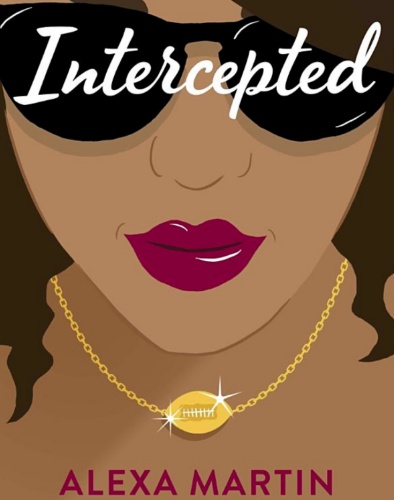 “Marlee Harper is the perfect girlfriend. She’s definitely had enough practice by dating her NFL-star boyfriend for the last ten years. But when she discovers he has been tackling other women on the sly, she vows to never date an athlete again. There’s just one problem: Gavin Pope, the new hotshot quarterback and a fling from the past, has Marlee in his sights.

“Gavin fights to show Marlee he’s nothing like her ex. Unfortunately, not everyone is ready to let her escape her past. The team’s wives, who never led the welcome wagon, are not happy with Marlee’s return. They have only one thing on their minds: taking her down. But when the gossip makes Marlee public enemy number one, she worries about more than just her reputation.

“Between their own fumbles and the wicked wives, it will take a Hail Mary for Marlee and Gavin’s relationship to survive the season.” 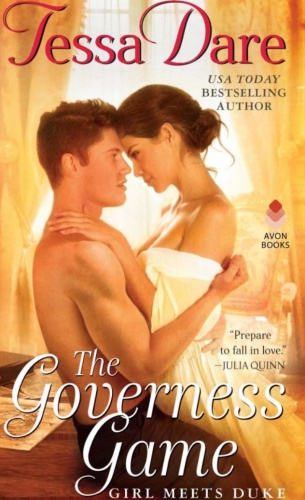 “After her livelihood slips through her fingers, Alexandra Mountbatten takes on an impossible post: transforming a pair of wild orphans into proper young ladies. However, the girls don’t need discipline. They need a loving home. Try telling that to their guardian, Chase Reynaud: duke’s heir in the streets and devil in the sheets. The ladies of London have tried—and failed—to make him settle down. Somehow, Alexandra must reach his heart . . . without risking her own.

“Like any self-respecting libertine, Chase lives by one rule: no attachments. When a stubborn little governess tries to reform him, he decides to give her an education—in pleasure. That should prove he can’t be tamed. But Alexandra is more than he bargained for: clever, perceptive, passionate. She refuses to see him as a lost cause. Soon the walls around Chase’s heart are crumbling . . . and he’s in danger of falling, hard.”

What I really loved about these books, beyond the deliciousness joy of it all, is how diverse they are and how engaging the heroines are. As I was telling a friend the other day, romance is really getting to the heart (no pun intended) of what female readers want to see, in a way that is inclusive. There’s still a lack in LGBTQIA+ romance (that post is coming soon), but it has been so enjoyable to see both contemporary and historical romance all really challenge me, as a reader, to rethink a lot about love.

Also, hot bearded man who is a nanny. Thank you, universe, for giving me this bounty.

Happy reading, and stay strong and uncuffed. (Unless you fall in love. Then, you know, live your bliss!)