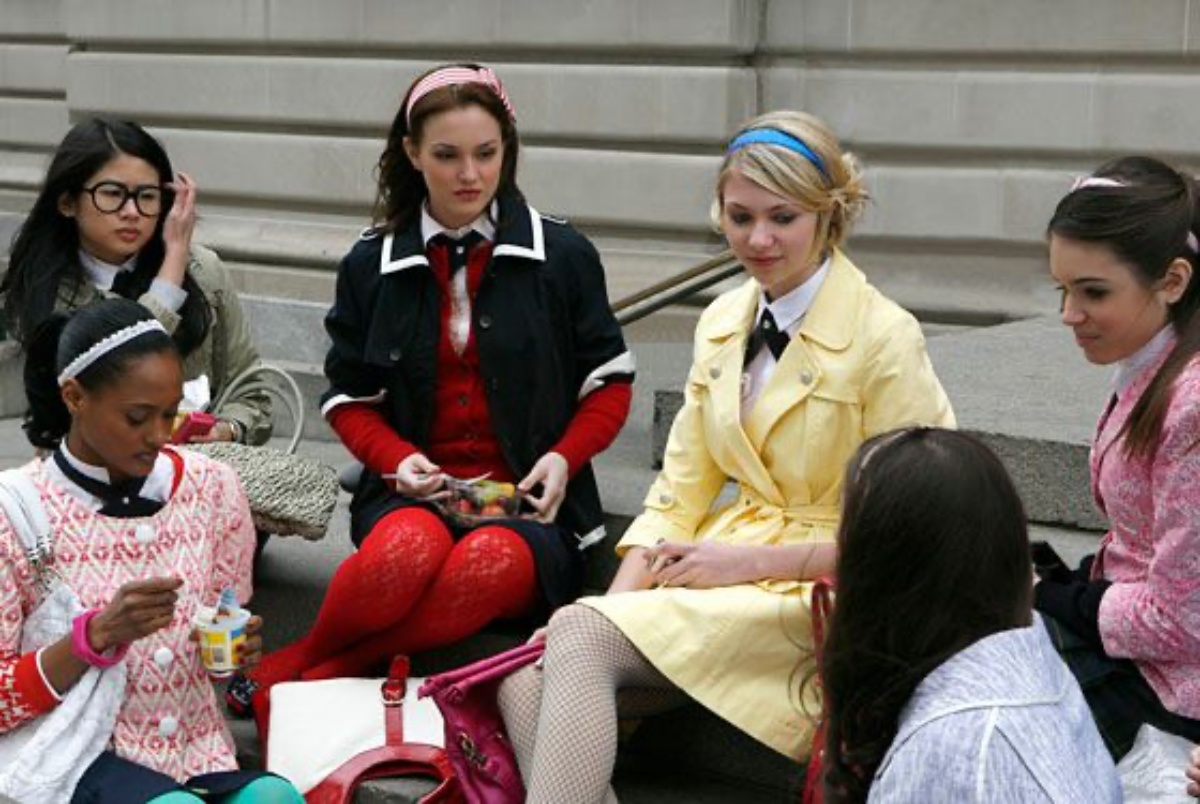 We are returning to the Upper East Side, and this time we have a smidge more melanin and diversity. Progress, thy name is Gossip Girl.

SPOTTED: the new Upper East Side Class is ready for the Gossip Girl Reboot on the stairs of the MET⚡️Do you miss B&S? 💋 #theblondesalad #gossipgirl #gossipgirlreboot @whowhatwear

On the steps of the MET, we see some of the cast members, clearly in reference to when the original cast did the same thing in their early 2000s-era private school posh threads. They managed to grab a very good Dan knockoff.

This new Gossip Girl series is both a sequel and soft reboot of the original television series. It will be helmed by the exact same people involved with the original, with Joshua Safran serving as showrunner. The upcoming series will be released on HBO Max in 2021. According to Safran, the series will take place in the same loose continuity as the original, so there will likely be references to Blair, Serena, Dan, etc. It both gives the series access to the original cast (if they would ever return), but also allows this series to feel like a continuation.

Gossip Girl 2.0 is supposed to feature more adult content than the original series from The CW, because it’s on HBO Max, but considering that the original had rape at the very beginning of the series and even some murder plots, I’m a little nervous about what that’ll mean. These are still meant to be high school students, even though the ages of the cast fluctuate from late teens to later 20s.

I am glad to see that the series will have more BIPOC characters in its roster, and they are also promising some LGBTQ characters, as well. The original Gossip Girl just feels like such a time capsule of its era, and having so much of the original team coming back feels a little alarming. After all, they are the ones who put out the really problematic Chuck and Blair stuff and made Dan Gossip Girl, a choice that (to this day) makes no actual sense. Hopefully, they will bring some writers into the room that can breathe some fresh air into this series.

As I said with the reboot of Saved by the Bell, we have enough new original teen dramas that are delivering the positive elements on display here. Unless these reboots actually do something interesting, it feels more like a weak one-season nostalgia grab than the basis for something really compelling. I guess we’ll find out in 2021 when Kristen “Booked and Busy” Bell returns as the voice of Gossip Girl for a new era of UES youth.

(via Buzzfeed, image: The CW)